Body-slamming Officer Ben Fields has been fired, but cops won't drop charges against student who filmed his attack 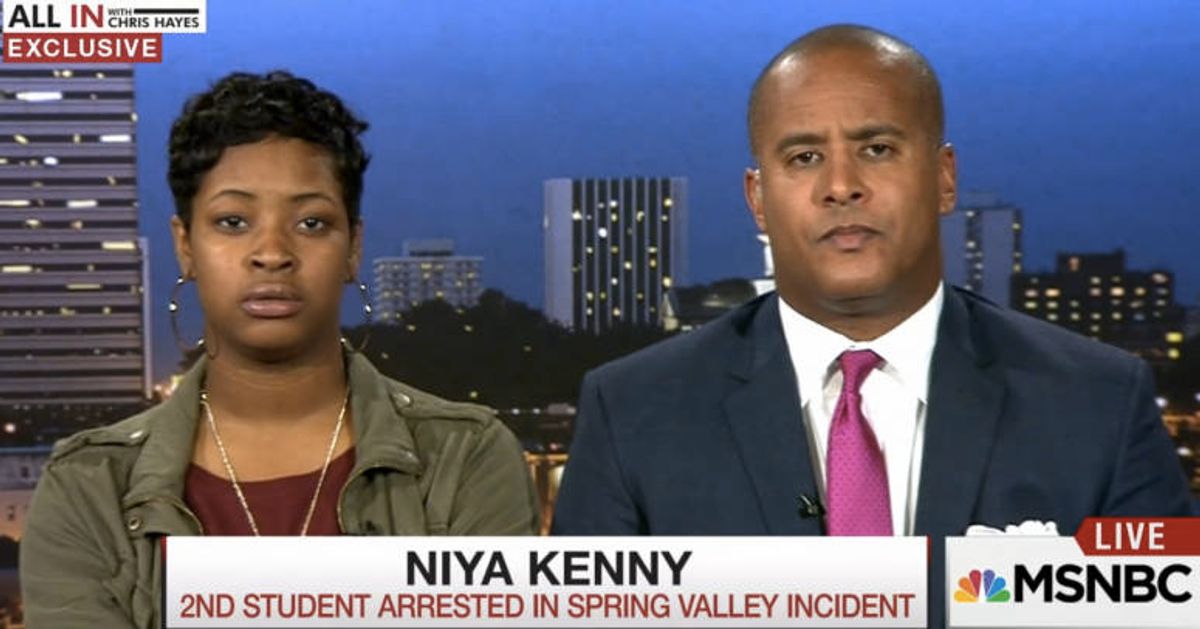 Officer Ben Fields, the South Carolina deputy who slammed and then threw a female high school student across a classroom this week, has been fired after video of his physical assault went viral. While the young girl recovers from injuries she sustained from the attack, according to her lawyer, officials have refused to drop criminal charges of disrupting a classroom against her and now one of the few students who protested against her violent arrest is speaking out about the fired deputy's longstanding reputation at Spring Valley High.

Fields arrested two female high school students on Monday for disrupting the classroom. Niya Kenny was charged with disturbing school for filming the incident, and arrested in front of her class by Fields. She was later released from custody after posting $1,000 bail.

At his press conference announcing the firing of Deputy Fields, Richland County Sheriff Leon Lott said that he had not had any discussions to drop charges against Kenny or the student assaulted by Fields, pointing to language used by Kenny as being disruptive towards the class. Bizarrely, as CBS reports, Lott also "commended the students who recorded the incident, saying he encouraged citizens to record authorities and bring it to his attention if they think something is wrong."

Lott also blamed Kenny's classmate for starting the whole commotion and ensuing national uproar. "This whole incident [was] started by this student. She is responsible for initiating this action. There is some responsibility that falls on her," Lott said during today's press conference. (He also oddly pointed to Field's African-American girlfriend as a reason to be suspicious of charges he's actions were motivated by racial animus.)

On Tuesday's night edition of MSNBC's "All In with Chris Hayes," the host spoke with Kenny about her account of events. Hayes asked Kenny if her classmate was shouting or loudly disrupting the class. "Not at all," Kenny replied. "She's a quiet girl. She doesn't do anything to anyone in the class. And it was really because she wouldn't give up her phone. And so our teacher, you know, tried to kick her out of the class."

Watch her full interview with Chris Hayes, via MSNBC: