In a wide-ranging new interview, the world's richest man offers a searing indictment of his fellow billionaires 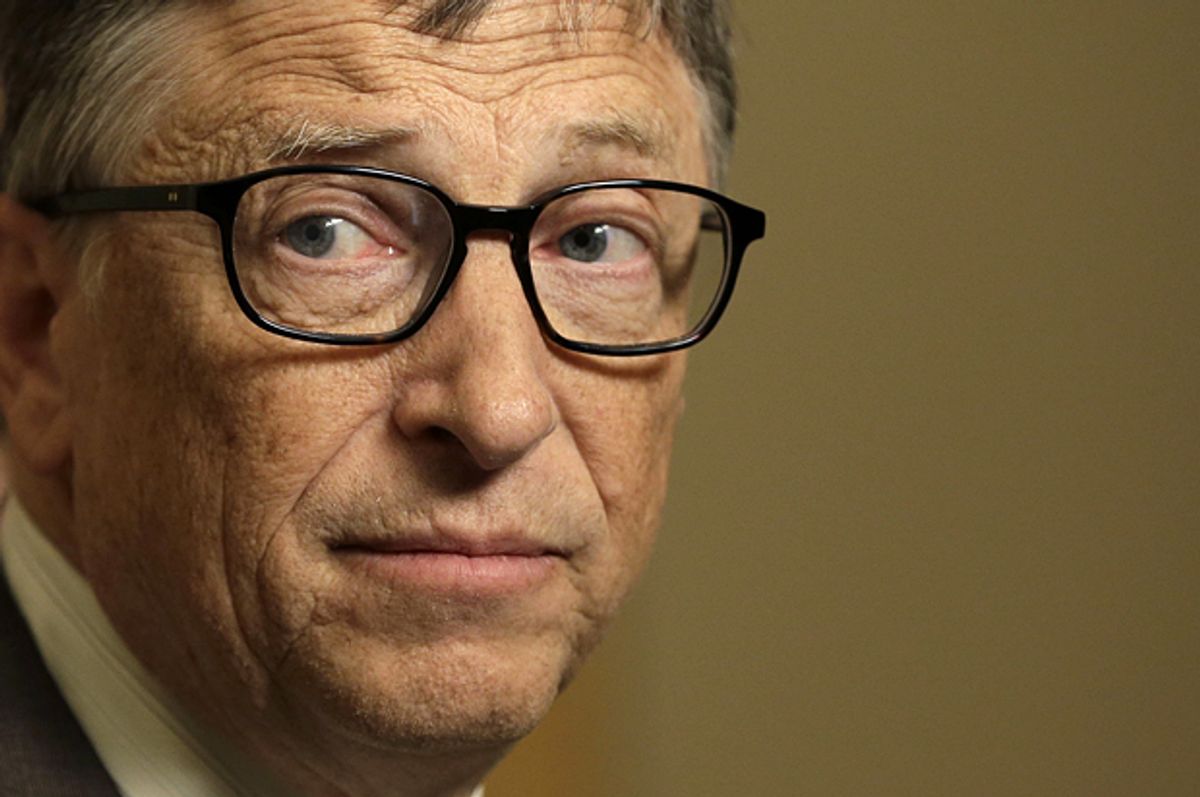 Bill Gates, still the world's richest man after all these years, does not have a lot of faith in his fellow billionaires or even capitalism when it comes to doing the right thing. It turns out he thinks the private sector is too selfish and inept to tackle the dire climate change situation, and relying on it would be courting disaster. Better to take a quasi socialist approach and remove the profit motive altogether from this important work.

In a wide-ranging interview with The Atlantic recently, Gates tacked pretty hard to the left. "There's no fortune to be made," he said, when it comes to developing clean energy sources and mitigating climate change. Besides, he pointed out, "the private sector is in general inept. How many companies do venture capitalists invest in that go poorly? By far most of them.”

The tech magnate, who has pledged $2 billion of his own money for R&D (which seems like a lot until you consider that he is worth $79.2 billion, according to Forbes), said he was pleasantly surprised when he dug into the history of government research into big scientific questions.

“Since World War II, U.S.-government R&D has defined the state of the art in almost every area,” Gates told the Atlantic. “When I first got into this I thought, ‘How well does the Department of Energy spend its R&D budget?’ And I was worried: ‘Gosh, if I’m going to be saying it should double its budget, if it turns out it’s not very well spent, how am I going to feel about that? But as I’ve really dug into it, the DARPA money is very well spent, and the basic-science money is very well spent. The government has these ‘Centers of Excellence.’ They should have twice as many of those things, and those things should get about four times as much money as they do.”

Gates is doing a solo world tour to convince the world's richest nations to commit to innovating their way out of catastrophic climate change, a tall order. Germany and China are already pointing the way to green energy with some of their socialist policies. Germany has generated as much as 78 percent of its electricity through renewable sources, and regularly generates about 30 percent, twice what the U.S. does. China’s $80 billion green energy investment dwarfs that of both the U.S. and Europe.

“I would love to see a tripling, to $18 billion a year from the U.S. government to fund basic research alone,” Gates said. “Now, as a percentage of the government budget, that’s not gigantic… This is not an unachievable amount of money.”

Still, given the current make-up of the U.S. Congress, and its funding from the climate-change denying Koch brothers, Gates will likely face his hardest fight right here at home.