CNBC did ask substantive questions. That's why Republicans are mad 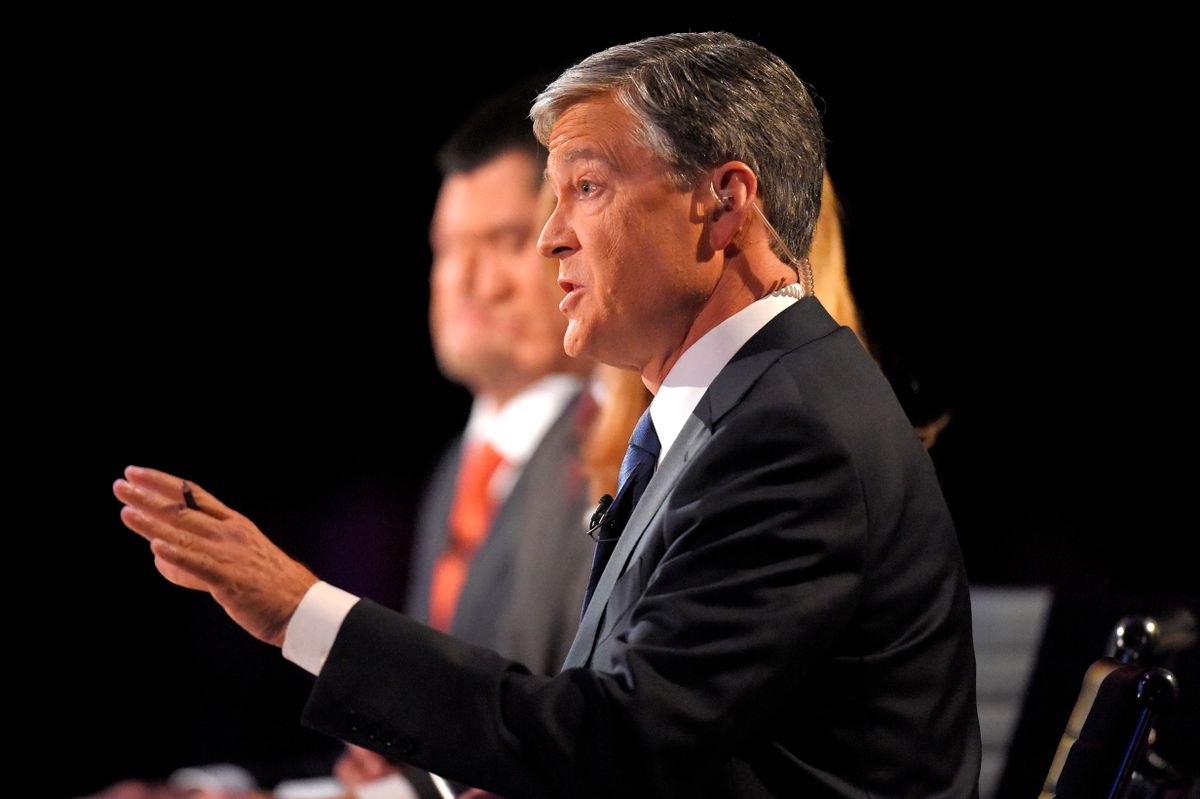 Both the liberals and conservatives chattering after the Republican debate on CNBC Wednesday night agree on one thing: CNBC did a terrible job running the debate. Liberals are angry because the moderators didn't correct the astounding number of flagrant lies told by the candidates, nor did they do a very good job at cracking skulls when the candidates violated the rules. Conservatives are mad because, in their opinion, the moderators didn't ask substantive questions.

The difference between the liberal complaint and the conservative one is that the conservative one is steaming nonsense. If you look at the actual record, it's clear that what Republicans are really objecting to is that CNBC didn't give the candidates a tongue bath. The "media bias" gambit is, as it has always been, an attempt by conservatives to shut substantive discourse down, not to encourage it.

Republicans really want you to believe that they were interested in substantive questions but didn't get them. Reince Priebus, the chairman for the RNC, released a tsk-ing statement that claimed that, "Our diverse field of talented and exceptionally qualified candidates did their best to share ideas for how to reinvigorate the economy," but somehow the moderators weren't letting them.

On MSNBC's "Morning Joe," Mike Huckabee said, "I think there's got to be an attempt to have substantive questions," and that he believes "we've turned this into a game show." This, from a man who used his time on stage to imply that the Clinton family is a mob family that has you killed for disagreeing with them.

Jeb Bush also was rolling out the line that he didn't get to answer "questions on things that are on the minds of people, you know, entitlement challenges, the debt." This from the guy who used his time to boast about an undefeated fantasy football team.

Chris Christie echoed this complaint, saying that "the questions snarky and divisive and non-substantive, they were just biased."

During the debate, the crowd, made out of Republican voters, also turned on the audience. When Ted Cruz accused the moderators of running a "cage match" instead of a debate, Frank Luntz's focus group of conservative voters gave him a 98 percent rating. Luntz was astounded.

The audience also loudly booed Carl Quintanilla for asking Ben Carson if he had bad judgment and ate it up when Donald Trump implied that a moderator was lying about something he'd said about Marco Rubio.

But while all this Republican outrage at the CNBC moderators sure is passionate, it's also pure nonsense. If you look at the actual record, what made Republicans angry was not the lack of substance, but that the CNBC moderators dared ask challenging questions. Conservatives aren't mad because CNBC failed to do journalism correctly. They're mad because they apparently expected propaganda and did not get it.

Take Bush's claim that he didn't get substantive questions about issues like entitlements and the debt. If so, explain this exchange that is available in the transcript:

HARWOOD: Governor Bush, in a debate like this four years ago, every Republican running for president pledged to oppose a budget deal containing any tax increase even if it had spending cuts ten times as large.

A few months later, you told Congress, put me in, coach, you said you would take that deal. Still feel that way?

BUSH: Well, the deal was done. Barack Obama got his massive tax increase, and there was no spending cuts. You just see the recent deal announced today or yesterday, more spending, more tax increasing, more regulation. And now we have to accept 2 percent, the new normal for economic growth.

And so on and so forth. The answer, which is just boilerplate conservative nonsense about spending and tax cuts, isn't really the issue here. The point is that he was allowed to talk about policy, but he's just so boring at it that no one can remember anything he said.

Indeed, while Bush didn't get much speaking time on the stage, that is as much his fault as anyone else's. The moderators even threw him a bone during the inevitable question about his campaign losing donors and cutting payroll. John Harwood basically invited Bush to portray himself as a moderate who will save the party:

HARWOOD: Ben Bernanke, who was appointed Fed chairman by your brother, recently wrote a book in which he said he no longer considers himself a Republican because the Republican Party has given in to know-nothingism. Is that why you're having a difficult time in this race?

Same story with Chris Christie who, despite the fact that he's barely registering in the polls, was given quite a bit of stage time to talk about his ideas for Social Security.

When you look at the actual questions asked, it becomes clear that the Republican whining stems from anger about being challenged, not from any legitimate desire for substantive debate. This was immediately evident during the Cruz moment that Luntz's focus group liked so much. As I noted during the debate, Cruz's entire diatribe accusing the moderators of running a substance-free debate was whipped out to deflect a substantive question he clearly didn't want to answer:

QUINTANILLA: Senator Cruz. Congressional Republicans, Democrats and the White House are about to strike a compromise that would raise the debt limit, prevent a government shutdown and calm financial markets that fear of -- another Washington-created crisis is on the way.

Does your opposition to it show that you're not the kind of problem-solver American voters want?

Cruz refused to answer this extremely important question, instead ranting about media bias and claiming the media is in the tank for the Democrats. He ended up running out the clock, no doubt deliberately, so that he never actually had to discuss what he has been up to with all these plots to shut down the government.

Same story with the question asked of Carson that the audience booed. This question was far from fluffy, but was in fact deadly serious, with an emphasis on deadly:

QUINTANILLA: One more question. This is a company called Mannatech, a maker of nutritional supplements, with which you had a 10-year relationship. They offered claims that they could cure autism, cancer, they paid $7 million to settle a deceptive marketing lawsuit in Texas, and yet your involvement continued. Why?

Carson immediately denied involvement, which is a lie. Quintanilla's question was touching off on a major issue that doesn't get nearly enough media coverage, which is the way that many conservative figureheads, especially Ben Carson and Mike Huckabee, use their status as conservative figureheads to email blast advertisements for snake oil, survivalist gear and financial scams to their followers. The claims made by the con artists, who see the conservative movement as a source of elderly and naive marks to target, are far from harmless. It's not just that they drain money out of people, but that they often claim that nutritional supplements can cure cancer and Alzheimer's. That Carson would lend his good name as a neurosurgeon to such claims is so awful that the word "unethical" doesn't begin to encompass it.

Oh yeah, and Trump was the one who was lying about his quote about Marco Rubio, not the moderator.

Every question of substance puts their preferred candidates in very real danger of losing votes. So Republican voters exert pressure on journalists to quit asking substantive questions. This has been the point of the "media bias" whine since it was first expressed by a conservative in the Paleolithic era, and it will be the point of the claim until the sun explodes and burns our planet up. No amount of hand-waving about how the candidates wish they could talk about the issues will change that.