Gay conservative Jimmy LaSalvia unloads on GOP, opens up on why he left: "They protect bigotry in order to win" 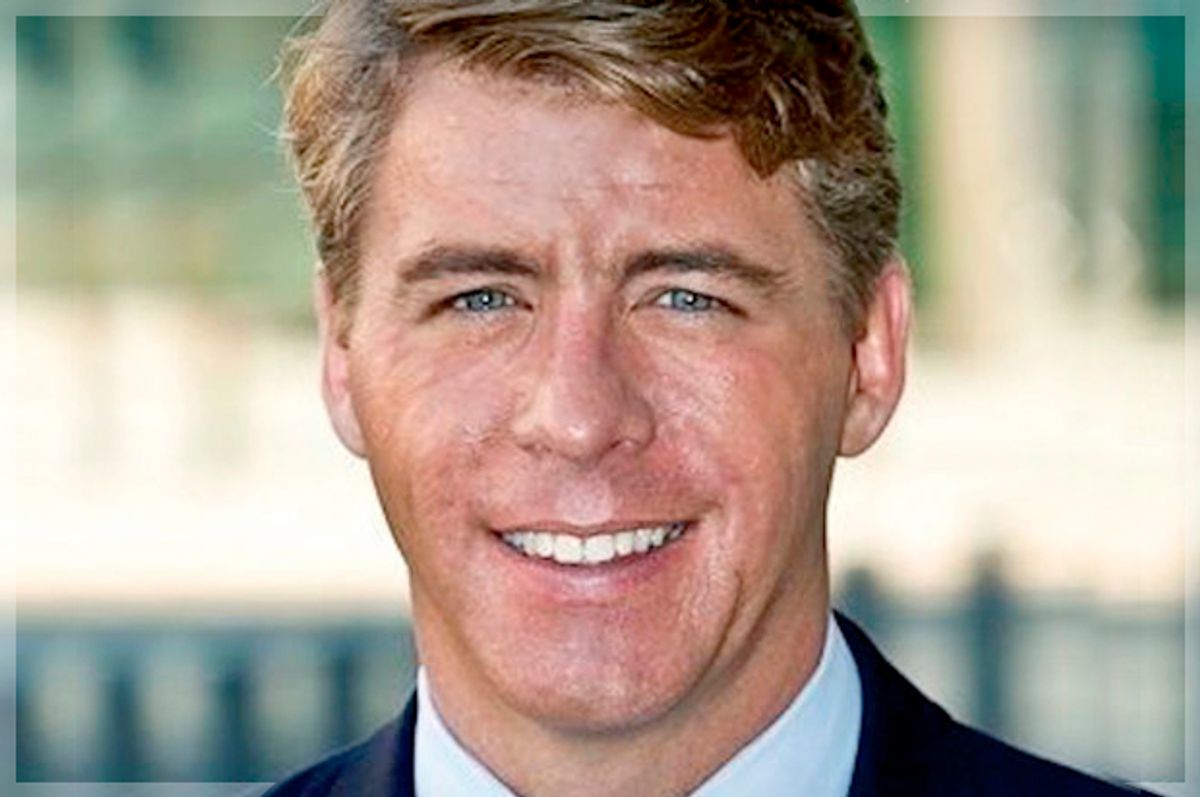 Anyone looking to criticize the Republican Party for failing to modernize in recent years has an ocean of evidence at their disposal. On immigration, on tax cuts, on foreign policy and on race, the orthodoxy of the GOP today is barely different from what it was 10 years. In fact, what differences there are tend to be shifts in the wrong direction (like regarding, say, cap-and-trade or immigration).

One of the party’s most conspicuous failures on this score, though, must be its stance on same-sex marriage — and LGBT rights, more generally. Despite the former now being the law of the land, from sea to shining sea, many leading Republicans still support a ban on marriage equality, and many more still oppose legal protections in the workplace for LGBT citizens. Ben Carson, an at once sedated-yet-raging homophobe, is currently atop the GOP’s presidential polls.

And that’s why “No Hope: Why I Left the GOP (and You Should Too),” the new memoir from former Republican activist and GOProud co-founder Jimmy LaSalvia, is so timely. In the book, LaSalvia recounts the years he spent trying to turn his party around on the issue from the inside — and what it took for him to finally give up and realize that he, like many Americans, doesn’t feel at home in either of the country’s two major parties.

Recently, Salon spoke with LaSalvia over the phone about his book and his view of his former colleagues in the GOP. Our conversation is below and has been edited for clarity and length.

Why write this book?

After spending most of my career working as an openly gay conservative Republican activist, I realized that there is a segment of the party, who just doesn’t like people who aren’t like them. And nothing I did would help them “evolve.”

How long did it take before you realized or were ready to admit to yourself that you couldn’t sufficiently change the GOP from within?

I started my career in my early-20s as a Republican activist and professional staffer in politics. It was in my mid-20s when I came out and came to terms with my sexual orientation. I dropped out of politics then. I actually when to work for an opera company, raising money; I thought, “Well, I’m gay now, I’ll go raise money for opera.” [Laughs]

But it was in 2004, when anti-gay marriage amendments were on the ballots in many states, and when President Bush was pushing the federal marriage amendment, [when I took] another pass into politics. So, I worked for over a decade as a gay activist within the Republican Party and conservative movement. All of that came together for me, personally, to realize that I couldn’t stay part of a coalition that tolerates bigotry.

Then, I realized that it wasn’t just the gay stuff. There are other areas, culturally, where a segment of the Republican Party is just out of touch, whether it is immigration or other issues that deal with, fundamentally, who we are and how we live. I began to see, over and over again, areas where a segment of the right is uncomfortable with people who aren’t like them, whether it’s gay people, or immigrants, or Muslims.

Do you consider this the same group, more or less, each time? Or do different groups within the GOP feel intolerant toward different types of people?

I think that there is a core group, made up of older, straight, white Christians, who are uncomfortable with cultural evolution. They’d like to use the force of government to stop cultural progress. They’re uncomfortable with our new, modern, multi-cultural America. They want everyone to conform and give up their unique cultural experiences when coming into our shared, multi-cultural world. In other words, as long as you are like them, they are okay with you; but when you express those parts of you that are unique to you, it makes them uncomfortable.

Here is a funny story, which I did not include in the book, but wish I had remembered it when I was writing the book. Several years ago, my organization, GOProud, had a breakfast at the New Hampshire presidential primary. It was the day before the primaries. We had an invitation distributed throughout the Radison hotel, which is the main hotel in Manchester. It was very gay, funny, and campy. It had pink lettering.

And I will never forget, a prominent conservative came up to me, and said, “Jimmy, I support what you’re doing, but your invitation is offensive to some people. You need to remember that we’re conservatives, and your leathering shouldn’t be pink, it should be red, white, and blue. That’s how conservatives do it.”

It’s a funny story, but it’s telling. Our invitation had pink leathering and was campy — because we’re gay! And that’s a unique cultural experience that we have! And to bring that to the conservative movement was, frankly, helping it look like a diverse movement. But they didn’t want that. They were okay if you were gay, but wanted you to conform.

How much of the GOP coalition is like this, do you think?

I would say that among the leadership on the right, it is very small; but amongst the grassroots on the right, it’s large and influential. The reality is all you have to do is look at the presidential race to see that. Trump said just recently that he is running a divisive campaign right now because he wants to win. He admitted that he was doing it. For a large part of the Republican base, attacking people who are different, and creating an “us vs. them” narrative, is all they know.

When you were playing the role of internal reformer, I’m sure you got criticism not just from bigots within the party but also from pro-LGBT people outside the party who thought you were wasting your time and so on. Which kind of criticism bothered you more?

We used to have a joke in our office that gay conservatives take it from both ends. [Laughs] That was true. We got attacked from all sides.

I guess what I had a hard time with, personally, was the attackers on both sides not realizing that I was [trying] to help them. I’m open to criticism to my strategy and tactics; but don’t question my motives. I’m not trying to do anything dirty to hurt you. In fact, it is the opposite.

Did the rise of the Tea Party make your job easier or harder?

Do you think there is a silent majority within the Republican Party that secretly opposes the Perkins/Huckabee bloc?

The vast majority of Republicans are culturally modern and living in reality. However, in our political system, the number one priority is winning; and they’re afraid that they won’t win without the bigots. So they protect bigotry in order to win. That is certainly the experience I had with the Romney campaign, and in an number of other area, where I had hoped Republican leaders would stand up and denounce the force of intolerance in their coalition. But they tolerate it in order to win.