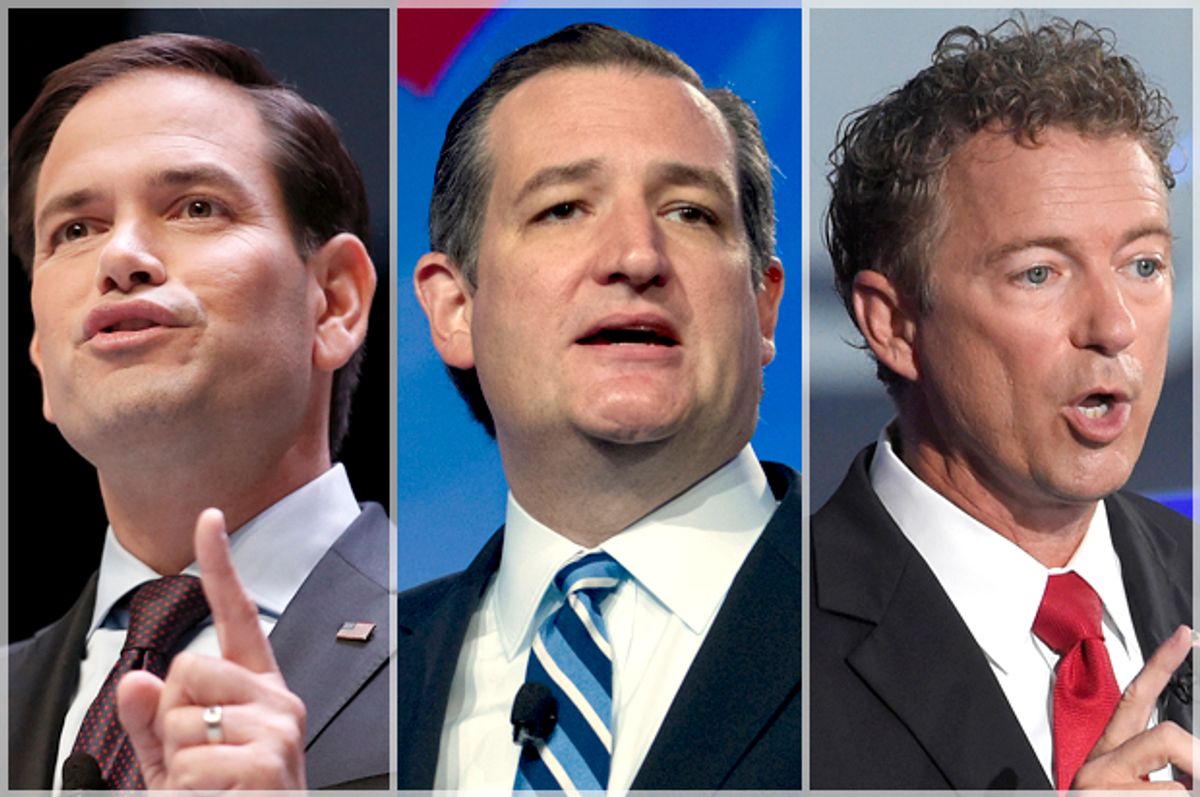 America is now too diverse and progressive for President Obama's "third term" and entirely too liberal for the extreme anti-immigrant GOP to remain a winning national party in 2016, according to former President Bill Clinton pollster Stanley Greenberg.

Greenberg, whose new book "America Ascendant" argues that the nation will soon be "exceptional again" because of its cultural diversity, argued that the Democrats shouldn't be afraid to now advocate for "very bold policy changes."

In an interview with the Huffington Post, Greenberg said that he was pleasantly surprised by the degree to which the all the Democratic candidates had embraced such boldly progressive policy prescriptions thus far. But speaking of Vice President Joe Biden's urging for Democrats to run on President Obama's legacy as he announced his decision not to run for president, Greenberg argued that a third Obama term is not what voters want, despite the President's recent proclamations.

"The Democratic Party is waiting for a president who will articulate the scale of the problems we face and challenge them to address it," Greenberg argued. "The problem the president has had is that he's not tried to educate the country on how deep the downside is," Greenberg said, referring to Obama's selling of his domestic agenda. "He was trying to tell the country that we're on an upward path without being honest, leveling with them about how big a price we have [to pay] in the short term and how much government has to do in order to get us onto a different path."

Noting that "we've gone beyond the tipping point on the demographic changes taking place in the country," Greenberg credited "ongoing, extraordinary, disruptive changes" with "producing a different kind of politics" that allows for a more robust progressive debate.

"That bigger story is what is creating our politics," Greenberg explained. "There is a new American majority. It's growing at an extraordinary rate driven by these revolutions."

"A rural, white, married, evangelical, religious," Republican Party, Greenberg argued, is waging a "furious counter-revolution" to blunt the rise of a more diverse, liberal populace, but is actually working to further marginalize itself.

"The Republican Party essentially exists -- particularly in the last decade -- to deny that new American majority the ability to govern based on its values."

This effort has "alienated the Republican Party from the country," according to Greenberg, who says a GOP "implosion" is already underway.

A "shattering loss" for the Republicans in 2016, comparable to Democrats 1984 loss which eventually gave rise to Bill Clinton's successful 1992 moderation, Greenberg argued, could lead the GOP's "embrace of immigration and the country's diversity."

List to Greenberg explain his prediction of an ascendant America as the GOP implodes and the nation grows more diverse: