For years, the president has pledged not to send U.S. forces into Syria. Now, he's reversing course 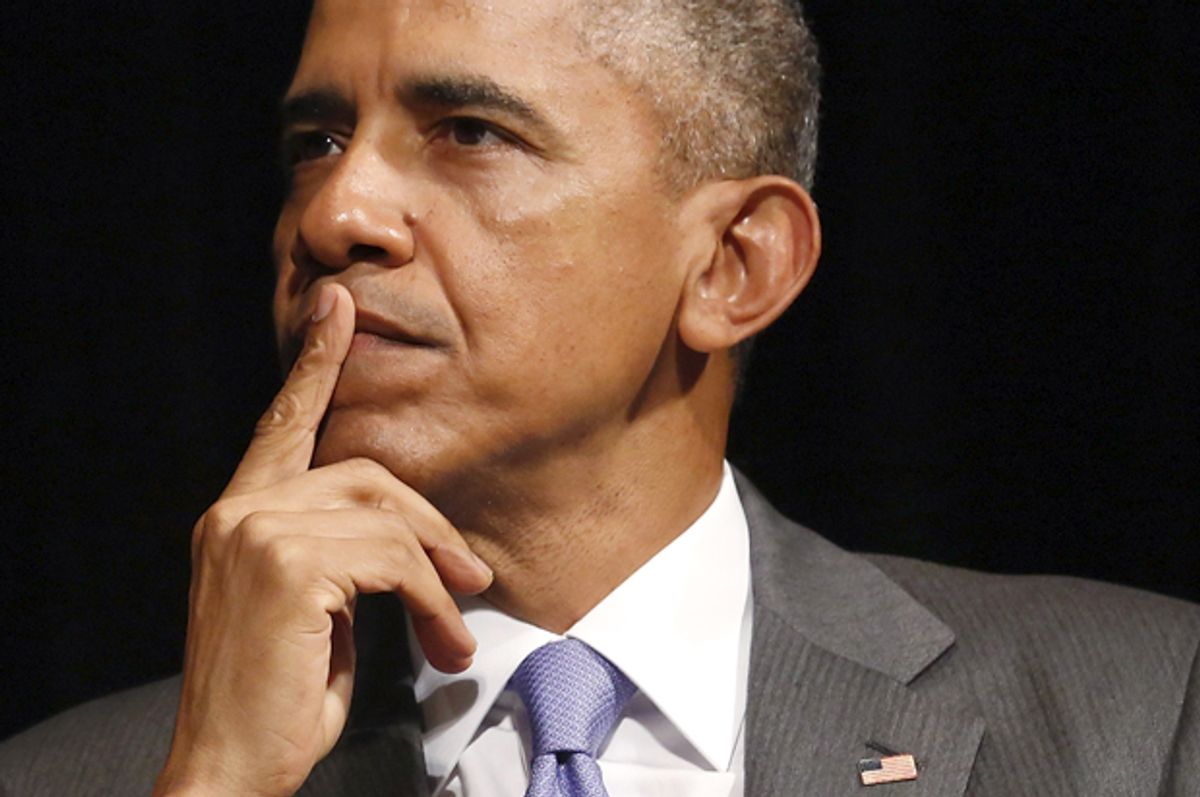 Conceding that his more than year long strategy of fighting ISIS in Syria without ground troops is at a stalemate, President Obama is expected to announce that U.S. special forces will begin operating in Syria later today.

As Iranian officials join international talks on a diplomatic solution to the crisis in Syria for the first time, the U.S. will now send what the White House describes as a small contingent of about 50 ground troops to ramp up the fight against the Islamic militant group, working alongside a rebel group known as the Syrian Arab Coalition.

The ground forces are "consistent with strategy to intensify the battle against ISIS,” a White House senior official told ABC News:

These forces will work along the Syrian border and not on the front lines with the rebel groups. They will provide training, assistance and advise just as U.S. troops are doing in Iraq.

They will not be in combat, they will work with the Syrian Arab Coalition to facilitate airstrikes, but they are not forward air controllers. They will be at the group’s headquarters speeding up coordination of potential airstrikes.

In an effort to downplay the move for more ground troops, President Obama will not be making the announcement himself but will have White House Press Secretary Josh Earnest brief the press Friday afternoon. The White House is also quick to point out the U.S. will not establish a permanent base in Syria, only saying that the special forces will be operating in the war torn nation, suggesting that the troops may be based in nearby Turkey.

There is no indication that the White House will look to Congress for an official authorization for use of military force for these first ever U.S. ground troops in Syria.

"We have no intention of engaging in long-term, large-scale combat operations the likes of which we previously saw in Iraq and Afghanistan,” one unnamed White House official said, insisting that this shift is meant to bolster the diplomatic talks for a peaceful resolution to the years long combat that Secretary of State John Kerry is conducting in Vienna this week.

For years, Obama has pledged not to send ground forces into Syria. Announcing air strikes against ISIS in September 2014, the president said, "After a decade of massive ground deployments, it is more effective to use our unique capabilities in support of partners on the ground so they can secure their own countries' futures. And that's the only solution that will succeed over the long term."

President Obama's words from two years may also come back to haunt him: