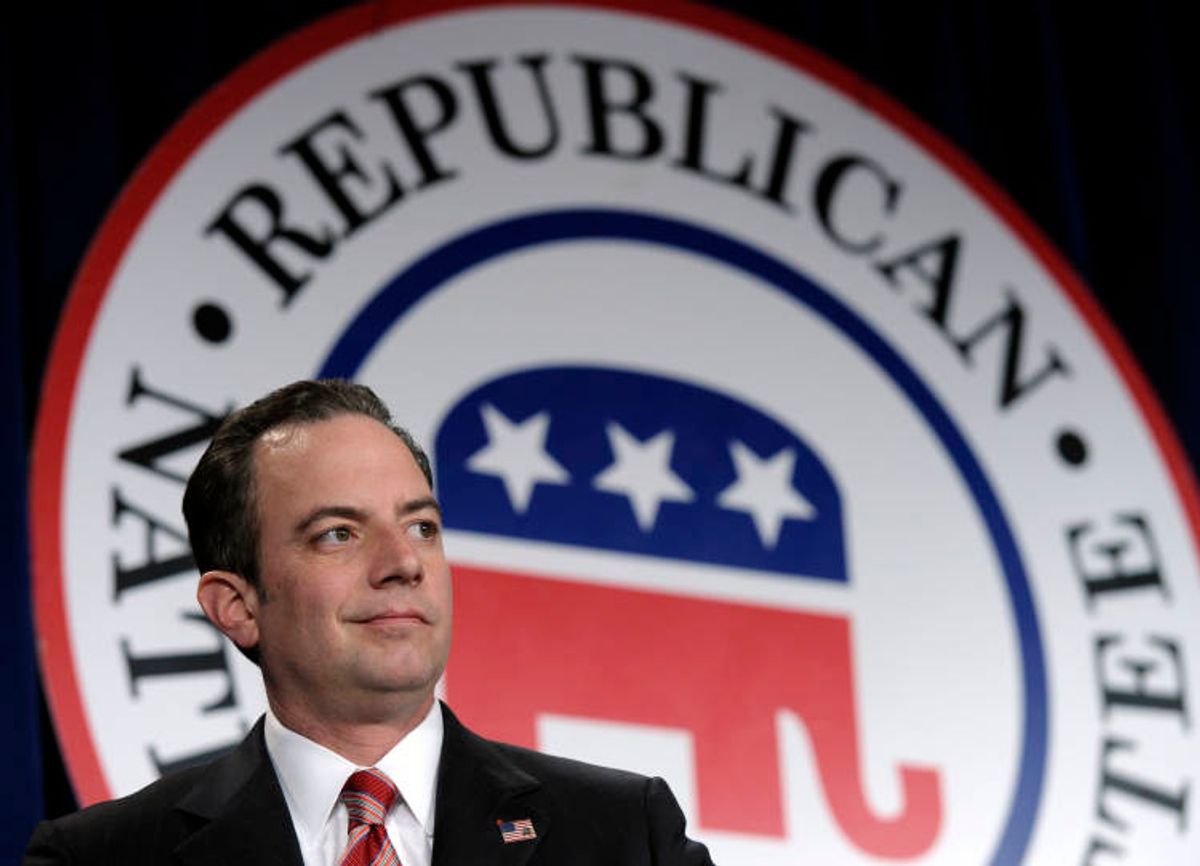 Pelleted by a barrage of Republican blowback and under threat of a Ben Carson-led coup against his debate regime, Republican National Committee (RNC) chair Reince Priebus blasted CNBC debate moderators for having asked questions of the Republican presidential candidates that he deemed "petty and mean-spirited in tone, and designed to embarrass our candidates," while announcing an RNC boycott of future debates on NBC. The network was previously scheduled to host a GOP debate February 26 in Houston.

"The CNBC network is one of your media properties, and its handling of the debate was conducted in bad faith," Preibus wrote to NBC chair Andy Lack in a stern letter posted to the RNC's website today. But as CNN's Brian Stelter points out, NBC News played no role in shaping the CNBC moderators' questions. "We understand that NBC does not exercise full editorial control over CNBC’s journalistic approach. However, the network is an arm of your organization, and we need to ensure there is not a repeat performance," Preibus explained, nevertheless announcing a boycott of the network.

According to the Hollywood Reporter, CNBC has said of Republican complaints that "people who want to be president of the United States should be able to answer tough questions."

As for the scheduled NBC debate, Preibus had this to say: "While we are suspending our partnership with NBC News and its properties, we still fully intend to have a debate on that day, and will ensure that National Review remains part of it."

Update: NBC News reacted to the RNC's announced boycott with a measured statement Friday afternoon, calling the move "disappointing" but committing to resolve the contention with the Republican Party.