"Slut-shaming baby girls is really not okay": Billboard is under fire for tweeting now-deleted sexual innuendo about 2-year-old North West

The photo of the toddler with mother Kim Kardashian originally said, "The apple doesn't fall far from the tree" 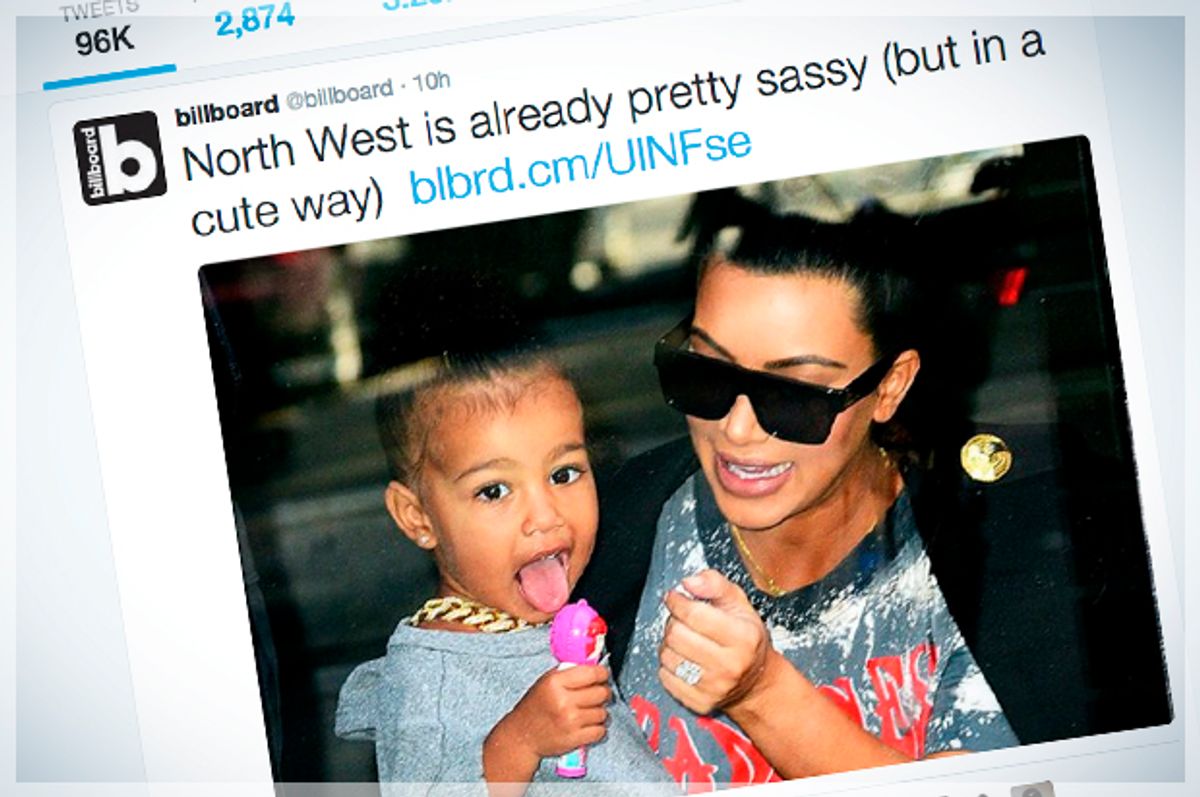 Word to the wise: If you’re a social media writer thinking of posting a slut-shaming, unnecessarily sexualized caption about a two-year-old, call your editor? (Or your therapist? Whoever picks up first, really).

Earlier this morning, Billboard apparently posted a picture of Kim Kardashian holding daughter North West, who is licking a lollipop, along with the caption "the apple doesn’t fall from the tree.” The post itself details an incident where the paparazzi tried to snap a picture of North West and the poor besieged toddler shouted “no pictures,” so naturally Billboard decided to post said unwanted picture, and add a degrading caption to boot.

The tweet was deleted shortly after and replaced with the line "North West is already pretty sassy (but in a cute way),” which is better -- but frankly not much.

Naturally, people were not feeling the love for Billboard this morning. Read some of the reactions below, and share vicariously in Twitter's cathartic outrage (because what else is the Internet for?!)