This is James Corden's first presidential campaign as a late-night host, and he's about had it already 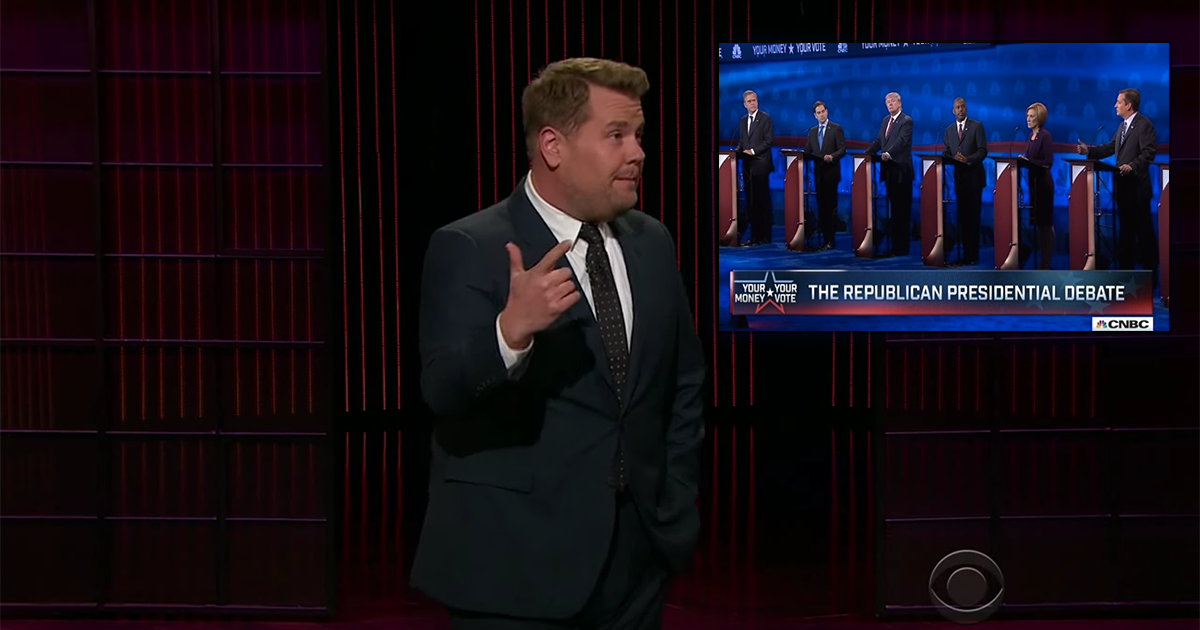 James Corden isn't from the United States, but his first election as a late-night host is proving hilarious as he joins the panel of hosts to mock the GOP debate on CNBC this week.

On Thursday evening's "Late Late Show," Corden said that there are so many of these debates it's like they are running out of networks to host them. CNBC's ratings were so large even Donald Trump was getting jealous. The numbers narrow edged out "that time that two people accidentally changed the channel to CNBC at the same time."

Corden said that so many people thought the questions were silly and irrelevant, namely Chris Christie who couldn't understand why they were talking about fantasy football when ISIS wants to kill us all.

"Looks like someone might have lost a bit of his money in the old fantasy football league," Corden said.

But the best was when Trump bragged about his renegotiation of the debate timing. "That's when you know things are bad. When even Donald Trump wants to see less of Donald Trump."