Bill Maher's epic anti-PC Halloween rant: "I’m going to vote Republican, because I just can’t stand being on the same team as these humorless jackoffs"

"This is the lazy liberalism in which scolding has become a substitute for actually doing something," Maher said 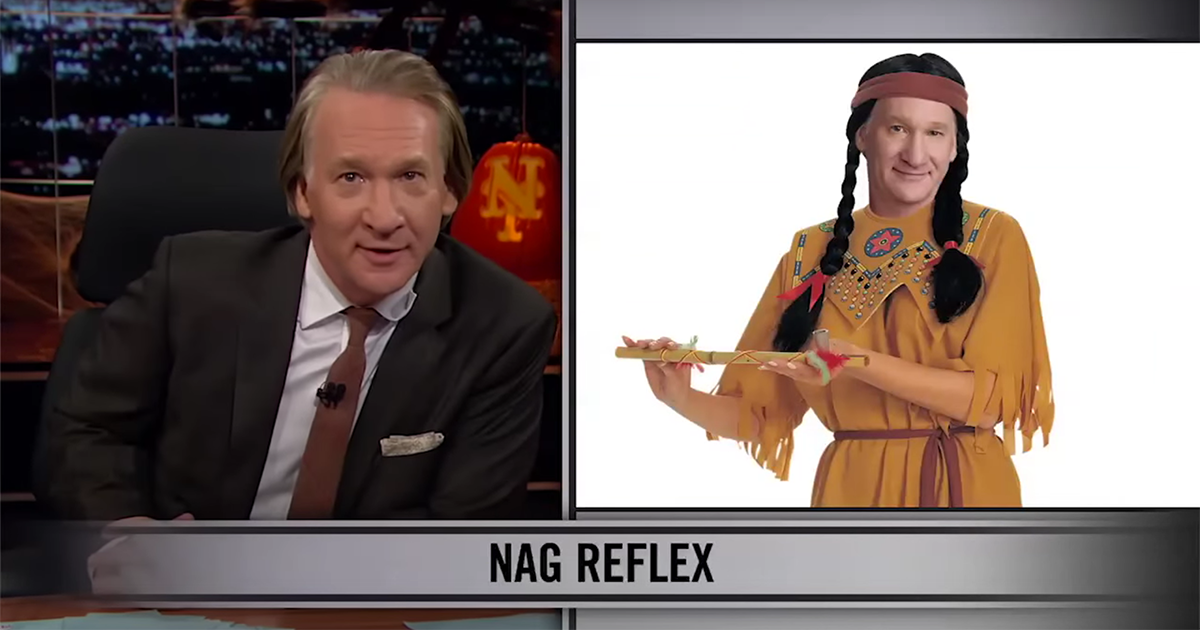 Bill Maher defended Halloween costumes getting a bad wrap on Friday evening's "Real Time." In his "New Rules" segment, Maher said that those who practice "fake outrage" get 364 days a year to be "hypersensitive" about everything and he demands at least one day where "going too far" is celebrated.

"Halloween is supposed to be politically incorrect," Maher said. "That's why we say 'trick or treat' instead of placate and coddle."

Maher then showed photos of himself photoshopped into various costumes as a caricature of a Native American woman he called "Poc-a-hot-ass" instead of Pocahontas.

He went on to say that people have turned a day in which are are supposed to "be bad" and instead turned it into "a whole season of getting off pretending to be good."

"Do you think most Mexicans wear sombreros and sequined suits?" Maher asked. "No, just the ones who play that horrible music while you’re trying to eat. Another one they hate, geisha, oh, who is that going to offend, the geisha who lives in the apartment upstairs? There’s 12 geishas in the whole world, and they’re all in Kyoto. they’re never going to find out you dressed like them at the office party in Irvine," he joked.

"Another one the do-gooders really hate is a hobo, which they think offends the homeless, but a hobo isn’t a homeless person. He’s a classic character of American folklore, a loafer who survives by doing as little as possible. I believe the modern term for it is 'snowboarder.' And anyway, if I was a bum, I’d be thrilled someone wanted to dress up as me. They have bigger problems. When your life is begging strangers for food, every day is Halloween."

Maher continued that people can gin up outrage over anything if they wanted such as Dorothy from "The Wizard of Oz" offending people who get caught in twisters, vampires insulting Transylvanians and the like.

"And here’s the point, banning a hobo costume doesn’t make the homeless feel better. It makes you feel better. This is the lazy liberalism in which scolding has become a substitute for actually doing something. And here’s the thing, reasonable people see self-righteous liberal busybodies trying to leech the fun out of everything and they say, ‘F*ck, I’m going to vote Republican, because I just can’t stand being on the same team as these humorless jackoffs.’

"Speaking of whom, the costume they have been wringing their hands over since August, is the Caitlyn Jenner. What message does it send? None. It doesn’t send any message, except, if this guy is transitioning, he’s got a long way to go.”