If your horrible family members suddenly seem less racist, this is probably why 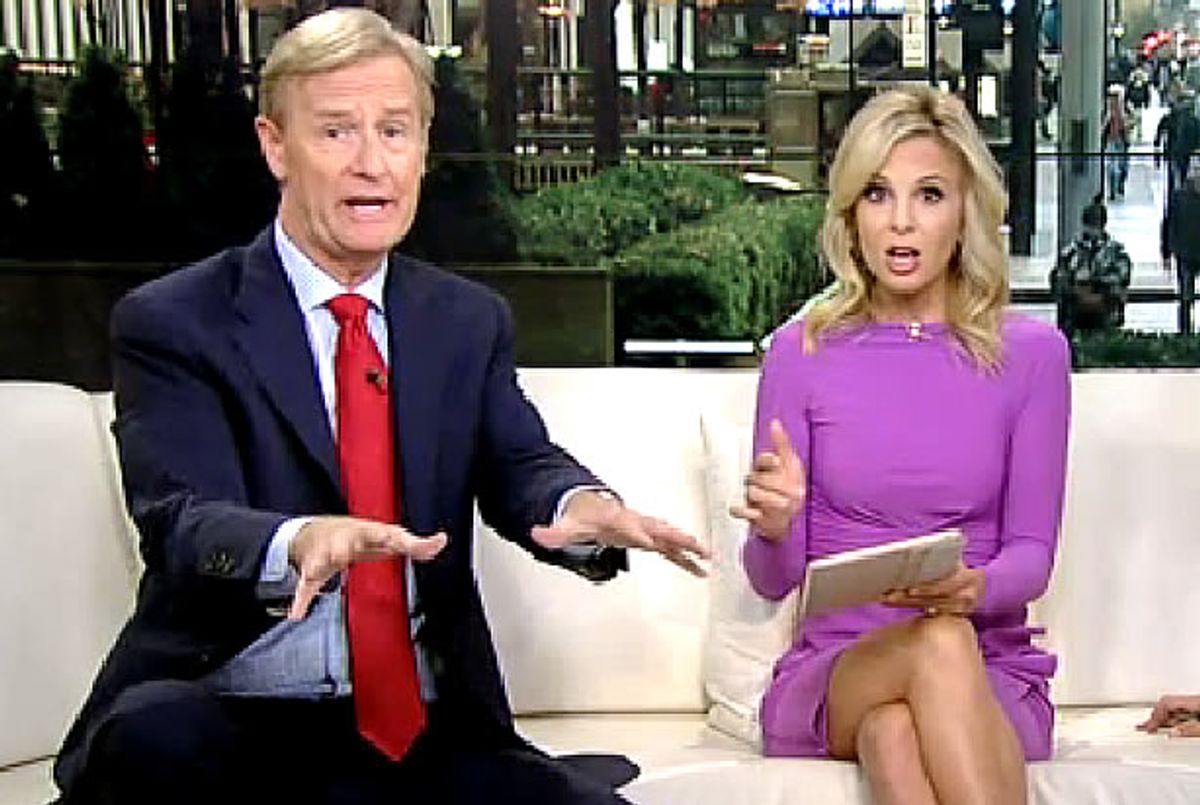 On "Fox & Friends" Monday morning, co-hosts Steve Doocy, Elisabeth Hasselbeck, and Brian Kilmeade were ostensibly going to discuss Kurt the CyberGuy's tips on "how to handle your Facebook friends' political posts," but as is so often the case, the trio got a little sidetracked.

After showing a series of anti-Hillary and anti-Pelosi memes, they said that the best way not to offend people is to "keep political posts to facts, figures, and have them be funny." Which is all well and good, even if it skirts the fundamental issue of who regards what as factual when it comes to even the most basic and necessary of truths.

"The key there is 'fact,'" Doocy said, shrugging, "because if it's true, you can say, 'Well, it is true, but you might not like the message.'"

They advised people to try "not to get personal" when commenting, "because if it gets personal, than it's no longer true, per se, it's an opinion." Which, again, isn't how truth actually works, but that's neither here nor there, because as Kilmeade pointed out, responding to posts will lead "people to label you based on how you responded to a post that came your direction, and it's a circle of life you just don't want to be in."

Even Hasselbeck seemed confused by Kilmeade's explanation, so she shifted gears and said that if a friend or family member writes something you disagree with, the best solution is to "unfollow" them.

But neither Doocy or Kilmeade was down with that suggestion. "I don't know if I would do that," Doocy said. "It's like breaking up with them," Kilmeade replied.

"What about just a temporary 'unfollow' until the election is over?" Hasselbeck floated.

"I don't know," Doocy said, "if someone puts something online that you disagree with and you 'unfollow' them, that's a strong statement -- I mean, you want to seem tolerant."

Kilmeade followed that up by recommending "Fox & Friends" viewers join "a closed Facebook group dedicated to [their] point of view -- this way, you never get any outside opinions and you live in your own closed circle."

"Can you imagine?" Hasselbeck asked, apparently unaware of the network on which the program she co-hosts appears.