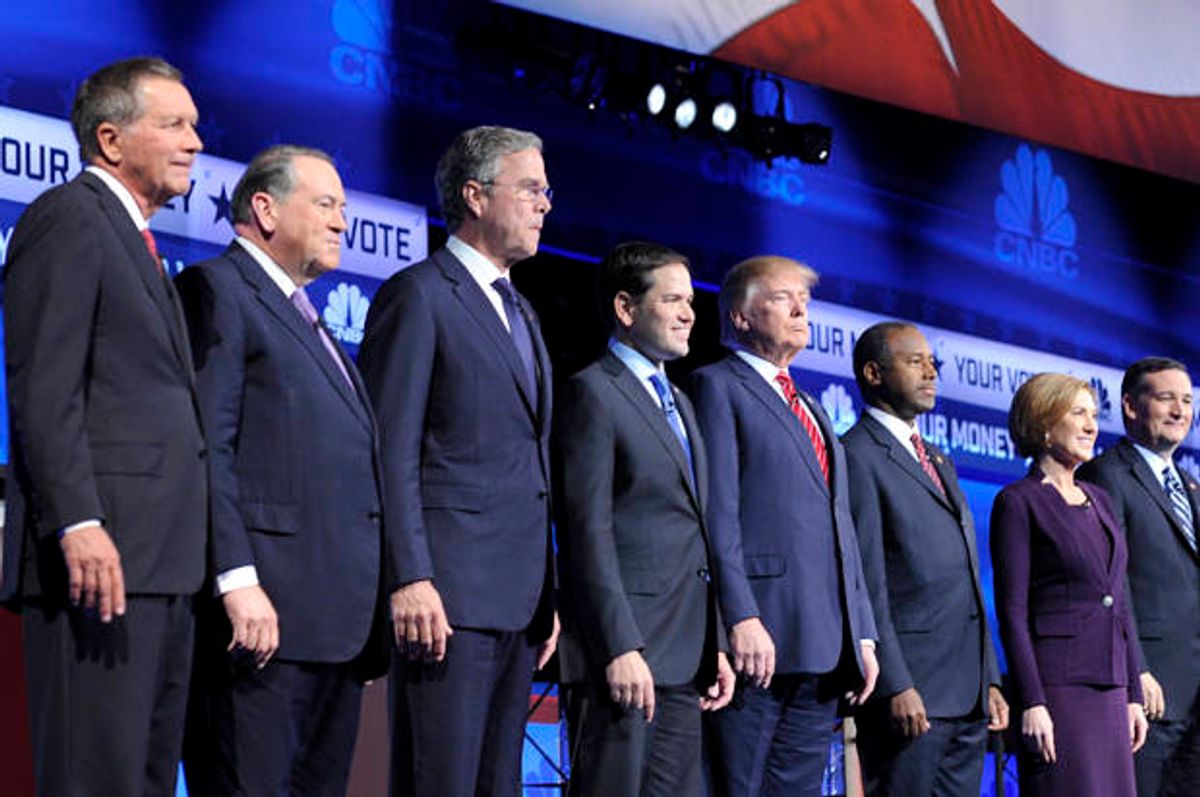 The Washington Post's Dave Weigel reports that the so-called "family meeting" Ben Carson called for will do little to stop the Republican hopefuls from continuing to punch themselves in the face during the next series of debates.

The meeting was intended to provide the campaigns a forum in which to hammer out how to "improve" the quality of the debates, which essentially means that representatives for most of the candidates struggled over how to exercise more control over the format, questions, and ambient room temperature.

The campaigns did agree that there was nothing to done about the November 10th debate on Fox Business News -- both because of timing and an unwillingness to cross Fox News. However, vigorous debate was had about the currently suspended NBC News/Telemundo debate in February. Danny Diaz, Jeb Bush's representative, suggested that fences must be mended, since that's the only opportunity the candidates will have to reach out a Spanish-speaking audience.

However, Donald Trump's representative Corey Lewandowski said that if that happened, "Trump walks." And as has become increasingly clear over the past few weeks, if Trump walks, the rest of the party will follow. It was, as Weigel wrote, "the latest example of political outsiders humbling the Republican establishment." Lewandowski also surprised the other representatives by informing him that he's known the format for the Fox Business News debate "for two weeks" already, the details of which the other candidates are, it seems, still unaware.

The meeting ended up with no consensus on how to accommodate the lower-polling candidates, with Ben Carson's representative complaining that those on the outside, like Senator Lindsey Graham, would use the spotlight to take shots at the front-runners. Of course, the way in which the Trump and Carson teams are dismissing those who are currently polling poorly could come back to haunt their campaigns, should either candidate suddenly find themselves spiraling into irrelevance like Jeb Bush.

They did agree to equal speaking time, including in closing statements, and giving the campaigns a greater say in the selection of moderators.