John Oliver smacks down Donald Trump over "boring and low rated show" digs: "At no point did we invite Donald Trump to appear" 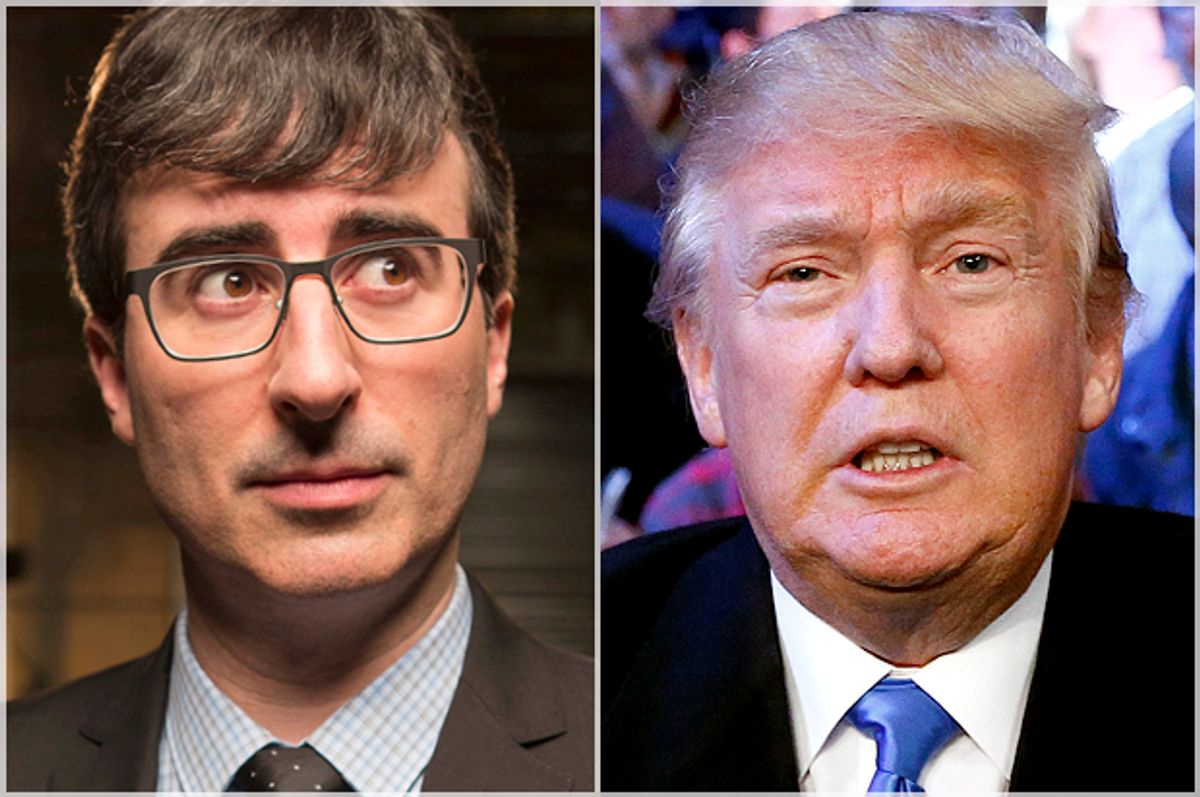 While Donald Trump may be gearing up for his “Saturday Night Live” hosting gig, there’s one late night comedy host who isn’t dying to have Hurricane Donald show up to ravage his show anytime soon.

On Saturday, Trump tweeted that John Oliver’s people had invited him to appear on “Last Week Tonight,” and that he refused the offer to appear on the “boring and low rated show."

Yesterday, the "Last Week Tonight” Twitter account responded, saying that they had never invited Trump to be on the show in the first place (which Oliver later retweeted from his personal account).

It's a bit of a "he said/he said" scenario, but we’re inclined to believe Oliver here, because (a) Trump lies as easily as he breathes. and (b) Oliver’s disdain for Trump is well-documented.

As Oliver recently said on CBS, he doesn’t care about Trump “in any capacity."

"I haven't really got anything to say to him," Oliver added. "He's said everything he wants to say. He has no internal monologue, that man, so it's not like you're going to find some secret nugget that he's been holding back. He's an open book and that book doesn't have many interesting words in it."