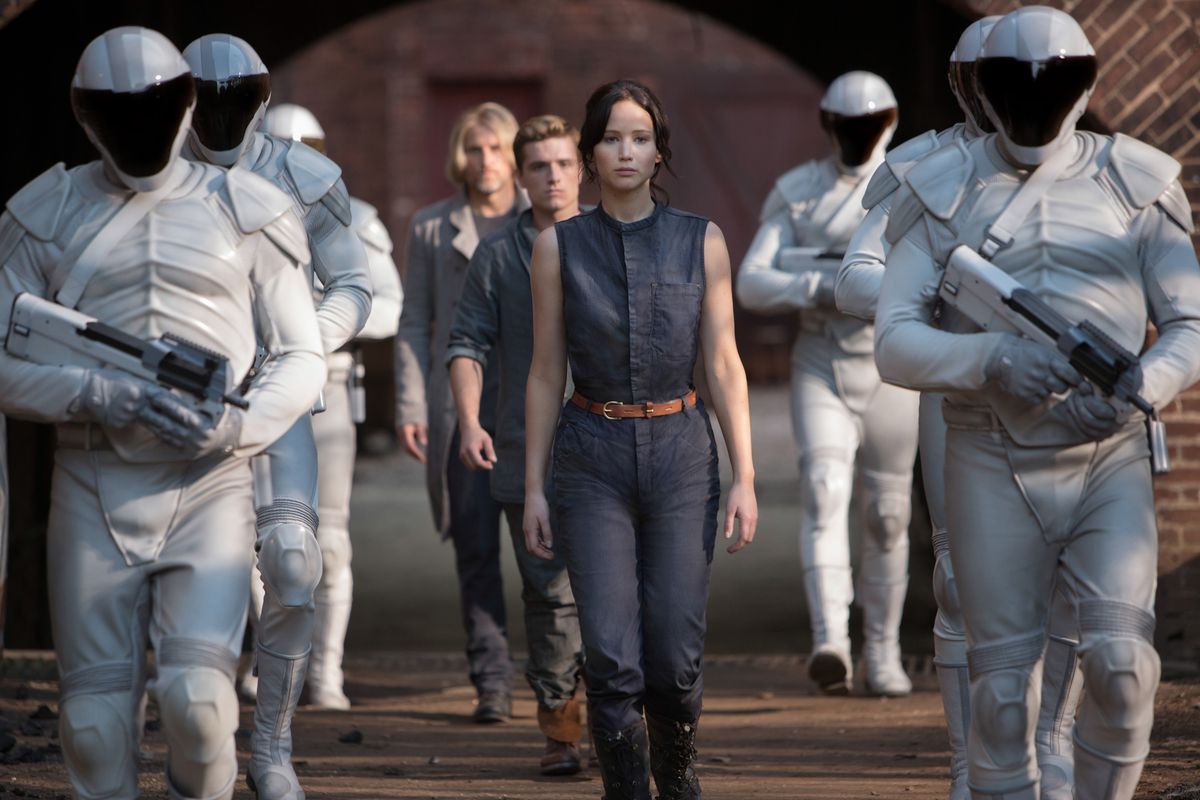 Good news, fans of wholesome family fun: “The Hunger Games,” a series about children brutally slaughtering each other for sport, is getting the theme park treatment.

The New York Times reports that, much like Universal’s Harry Potter theme park, Lionsgate is looking to capitalize on the popularity of its young adult mega-franchise by building theme parks in China and the U.S.

When chief exec Jon Feltheimer floated the idea, his team was predictably skeptical, given the film’s dark content. But then the studio’s chief brand officer Tim Palen "realized there was a major opportunity — not just to create something smart and captivating that ‘Hunger Games’ fans would love, but to bring all of our franchises alive in new ways.” Along with "Hunger Games," other Lionsgate films like “Step Up,” “Divergent” and “Twilight” could also provide inspiration for rides and attractions.

Lionsgate’s approach is to license its film properties to external developers, instead of developing the parks themselves like Disney and Universal. In the works so far is a "Hunger Games"-themed “Avatron Smart Park” in Atlanta, slated for 2019, and a 237,000-square-foot “experience center” in Hengquin, China, that will include rides and shows connected to six major films. There is also Dubai Parks and Resorts’ Motiongate Park, which will feature attractions based on Lionsgate, DreamWorks and Sony Pictures films.

Motiongate is slated to open next year, so we have some idea of how this whole thing could look: Per the Times, the Lionsgate area of the park will be mostly "Hunger Games" themed, featuring "a re-creation of the fictional District 12, a mining region where Katniss grew up” including "costumed characters and real-life versions of Peeta Mellark’s bakery and the Hob black market.” (The poverty-stricken, resource-poor bakeries of District 12 -- now with more funnel cake!). Meanwhile “A lavish roller coaster will be designed to resemble the movies’ high-speed Capitol trains,” and “a simulator-style ride, similar to Disney’s well-known Star Tours attraction, will take people on a hovercraft tour of Panem, the post-apocalyptic nation where 'The Hunger Games' takes place.”

Palen acknowledged that they initially had some trouble getting studios to bite on the “Hunger Games” concept, but he says that “as we had more discussions with potential partners and the franchise has continued to grow, we uncovered a wealth of opportunities.”

Any takers for the post-apocalyptic hovercraft tour, kids?!