The police brutality epidemic that goes unnoticed: More than 1,000 police officers fired over the last six years for sexual misconduct

Severely undercounted report doesn't even include California or New York 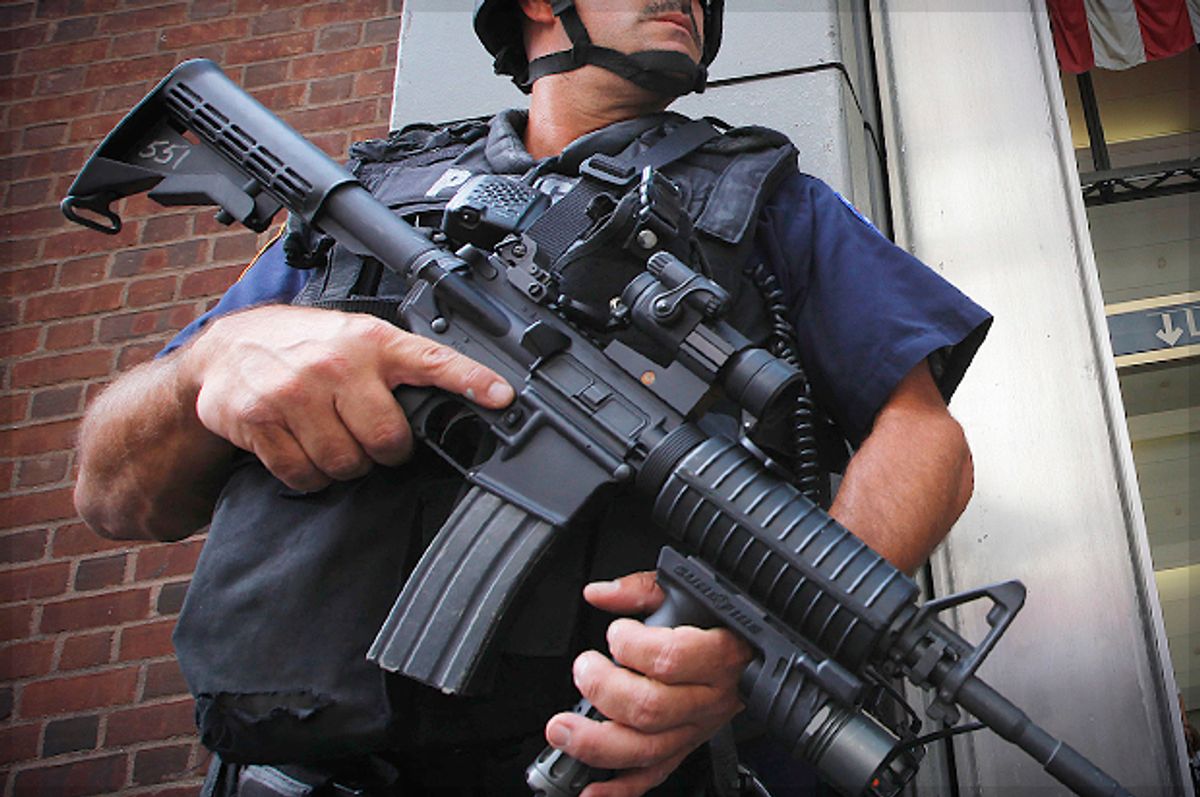 Excessive force may be the most commonly discussed form of police brutality but according to a new study from the Associated Press, sexual misconduct is among the most prevalent type of complaint against law enforcement in the United States.

With the trial of Daniel Holtzclaw, the Oklahoma City police officer indicted for raping at least 13 women while on-duty, set to begin today, an astonishing new report sheds light on the enormous scope of rampant sexual misconduct by police officers across the U.S.

In a yearlong investigation of sexual misconduct by state and local police, sheriff's deputies, prison guards and school resource officers, the AP uncovered about 1,000 officers who were fired between 2009 and 2014 for "rape, sodomy and other sexual assault; sex crimes that included possession of child pornography; or sexual misconduct such as propositioning citizens or having consensual but prohibited on-duty intercourse."

And 1,000 is surely an undercount as the state's with the largest law enforcement agencies in the country, New York and California, were not included in the count because they do not have a statewide system to decertify bad cops. Neither does New Jersey. Three other states did not hand over their records.

Only 25 states require a police department to tell the state board anytime an officer is fired for misconduct — or anytime an officer is fired at all. And only 10 of the states that require police departments to report firings also require them to report resignations due to misconduct. In fact, as has become painfully obvious to even the most casual observer of the national dialogue on police misconduct, there is no nationwide database of officers who have even been fired for any cause because the FBI does not collect such data.

So, the AP obtained records from 41 states that do keep records on police decertification from 2009 to 2014:

550 officers were decertified for sexual assault, including rape and sodomy, sexual shakedowns in which citizens were extorted into performing favors to avoid arrest, or gratuitous pat-downs. Some 440 officers lost their badges for other sex offenses, such as possessing child pornography, or for sexual misconduct that included being a peeping Tom, sexting juveniles or having on-duty intercourse.

About one-third of the officers decertified were accused of incidents involving juveniles.

even among states that provided records, some reported no officers removed for sexual misdeeds even though cases were identified via news stories or court records.

"It's so underreported and people are scared that if they call and complain about a police officer, they think every other police officer is going to be then out to get them," said Chief Bernadette DiPino of the Sarasota Police Department in Florida, who helped study the problem for the International Association of Chiefs of Police.

The AP's report is, of course, only limited to those officers who were actually stripped of their badges as a result of their sexual misconduct.

As Truthout's Candice Bernd sadly tracked, in the month of June alone:

[A] county sheriff's deputy in Georgia was charged with fondling women involved in court cases; a deputy in Colorado was arrested on a domestic violence-related sex assault charge; a police deputy chief in Utah resigned after allegations of sexual harassment; a woman in New York City filed a lawsuit accusing an officer of rape, assault and battery after the officer allegedly pressured her into a date by promising to clear up her case; a former Georgia officer was sentenced to 35 years on child molestation charges after he forced sex acts from two girls and a woman while on duty; an officer in Texas was arrested on domestic violence charges, saying in a recording that his wife needed to be 'cut by a razor, set on fire, beat half to death and left to die'; several sexual assault charges were filed against a former California officer who allegedly molested a 14-year-old Explorer Scout; an officer in North Carolina faces peeping charges; a former Arkansas officer plead guilty to five counts of sexual assault of a 16-year-old girl; a former DC officer admitted in federal court recently he forced underage teenagers to work as escorts out of his apartment; and a former Wisconsin police officer, Steven Zelich, was arrested for allegedly murdering two women and stuffing their bodies into suitcases.