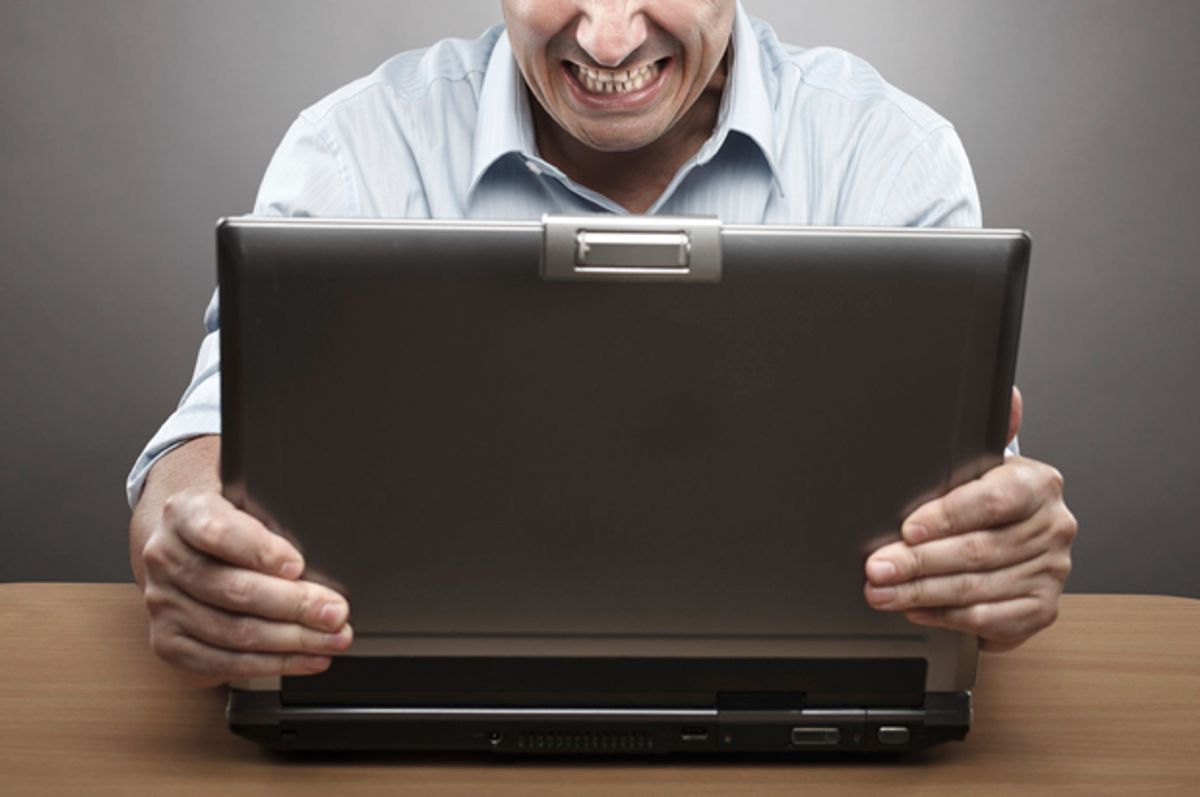 I really want to be done with being angry and disappointed about SXSW; this is far more attention than I ever wanted to pay to a conference that, frankly, I would be leery of spending the time and money to go to even if there weren’t any current “controversy.”

But I can’t stay silent when screw-up follows screw-up. I already spoke out about the disrespect and carelessness that led to a GamerGate panel being approved for SXSW Interactive, and how all of this was avoidable if SXSW had only taken the time and energy to listen to victims of harassment and understand the situation rather than following the perceived path of least resistance.

Unfortunately they didn’t take that advice. They didn’t really come up with a solution--that would have required talking to people like Randi Harper, Katherine Cross and Caroline Sinders about the reasons they were doing an anti-harassment panel in the first place and getting their firsthand perspective on how to fix it.

Nor did they simply leave well enough alone: either capitulating to the “violent threats” they received and simply leaving both the GamerGate and “anti-GamerGate” panel canceled (and taking their lumps from BuzzFeed and Vox for doing so), or instead capitulating to BuzzFeed and Vox’s demands and reinstating both panels and providing security against possible threats.

Neither of those would be ideal. I’ve made my point before that singling out Harper, Cross and Sinders’ panel “Level Up” as somehow being “the” anti-GamerGate panel that needed to be canceled for the sake of some kind of parity was arbitrary and unfair.

I’ve also pointed out that the GamerGate panel was approved outside of SXSW’s process in the first place, and put SXSW in a lose-lose situation--once they’ve tied themselves to the brand of an online mob like GamerGate, their choices are either to give a platform to GamerGate harassers or make themselves the next target for coordinated GamerGate harassment themselves.

But the non-ideal situation of having a GamerGate panel was still a workable one. The Level Up panelists were aware of the GamerGate panel and, while they weren’t happy about it, said they were still determined to bring their message to SXSW and planned to ignore the panel of their harassers as much as SXSW’s security would allow them to.

I respect that choice, even if it’s not one I would’ve made, and simply having their panel and the GamerGate panel go on as planned would probably be the best course of action. I’m not a fan of the GamerGate panel, but I understand SXSW not wanting to incur the incredible backlash and security risk that any perceived slight to GamerGate generates. “Ignore them, let them do their thing and let it blow over” is always non-ideal advice but sometimes it’s the best advice you can give, and GamerGate’s held events in the past that have flown under the radar with little notice as a result of the mostly sensible decision by the press to mostly ignore them.

But that wasn’t enough for SXSW. The best and most honorable course of actions would have been to take their lumps for screwing up, make do with an imperfect situation and vow to do better next time--their brand justifiably tarnished, yes, but with harm minimized.

That wasn’t enough for SXSW. SXSW, infected with the all-too-familiar hubris of the tech bubble their culture sprang from, didn’t just want to be one of the many victims battered and dinged by the ongoing storm of gamer rage. They wanted to be part of the solution. More than wanting to be part of the solution, they wanted to be the solution, to be the biggest and most visible actor in somehow “fixing the GamerGate crisis” and to get the credit for doing so.

This is corporate pollyannaishness at its worst. It never, ever actually works and it usually blows up in people’s faces. Social issues are complex, ugly and persistent. They only change due to hard work and widespread collective action. Figuring them out takes experience and specialized education.

These problems aren’t solved by grand gestures, especially not grand gestures by well-heeled corporations that want to throw money at the problem and get love in return. SXSW Interactive’s ability and desire to give a platform to people who want to talk about social issues in tech is noble, but SXSW isn’t the place where reactionary rage is going to be solved any more than Coca-Cola can fix Internet hostility or Starbucks can fix racism.

I have attended a few conferences that focus on harassment, and followed several others online. It’s a difficult topic to talk about; making sure people can discuss this issue freely and openly requires a lot of work at making people feel safe, a lot of attention paid to whose voices are being amplified and whose are being silenced, and a lot of care to steer conversations in a productive direction rather than simply reopening old wounds.

It isn’t easy. No one does it perfectly, and for the few who can say they do it well it’s been a long learning process.

But I was willing to give them the benefit of the doubt, and happy to hear that the Level Up panelists as well as a lot of other cool people would be getting the opportunity to speak after all.

Then I found out that SXSW hadn’t learned a thing.

They not only brought back the Level Up panelists but also brought back the “Save Point” GamerGate panelists, and actually made the existing situation worse. Rather than simply having harassers and their victims at the same conference, encouraging an audience of GamerGaters to attend SXSWi and put people in danger, they literally put the Level Up and Save Point panelists in the same tent, expecting victims and their harassers to participate as part of the same event in order to create a “dialogue” between “two sides.”

This is a terrible thing to do. What’s even worse is doing this in a public press release without telling any of the prospective panelists beforehand, and leaving the Level Up panelists in the unpleasant situation of either “backing out” of the “anti-harassment summit” or going along with being volunteered to debate their attackers.

SXSW has shown that they’re doing something worse than what I previously accused them of, trying to get clicks and attention based on online abuse; they’re trying to play savior and peacemaker, swooping in as though GamerGate is just a spat among children over something inconsequential and a day of talking it out will fix everything.

This is unconscionably high-handed and arrogant. Nothing is solved with a day of just talking it out, and it’s especially not solved by forcing a confrontation between victims of aggression and aggressors. Martin Luther King Jr. didn’t fix Jim Crow by having a lively dialogue with virulent racists in a corporate conference space designed to make profits for sponsors through clicks and ticket sales. Two years ago when a disingenuous wannabe messiah wanted to fix the “gender wars” by cajoling feminists to show up and “debate” vicious male supremacists, feminists rightly gave her the finger and walked away.

It’s one thing to say your “big tent” requires that you give an equal voice to harassers and the harassed; that’s shitty, but it’s something all of us in this space are by now used to. It’s another thing entirely to say that the “sanctity” of that “big tent” requires you to silence the harassed in order to justify silencing their harassers--that’s a special degree of shitty callousness that BuzzFeed and Vox were right to call out.

But to turn the “big tent” into a three-ring circus and try to hold some kind of “peace summit,” despite your woeful lack of qualification to do so, and to make abusers confronting and re-abusing the abused a main attraction for your circus, and to think all of this makes you the good guy…

Vox, BuzzFeed, the invited panelists--they’re all free to do as they choose, of course. But if I were in their shoes I’d pull out from SXSW and stay pulled out. It was noble to hold SXSW to account for a screwup made under pressure, as the original panel cancellation was. It’s even more important to let SXSW know that this kind of careless, selfish, showboating P.R. move doesn’t work, and refuse to reward them for it.