It's not even the jaunty, non-committal thumbs-up of Facebook—a heart says something a star never would 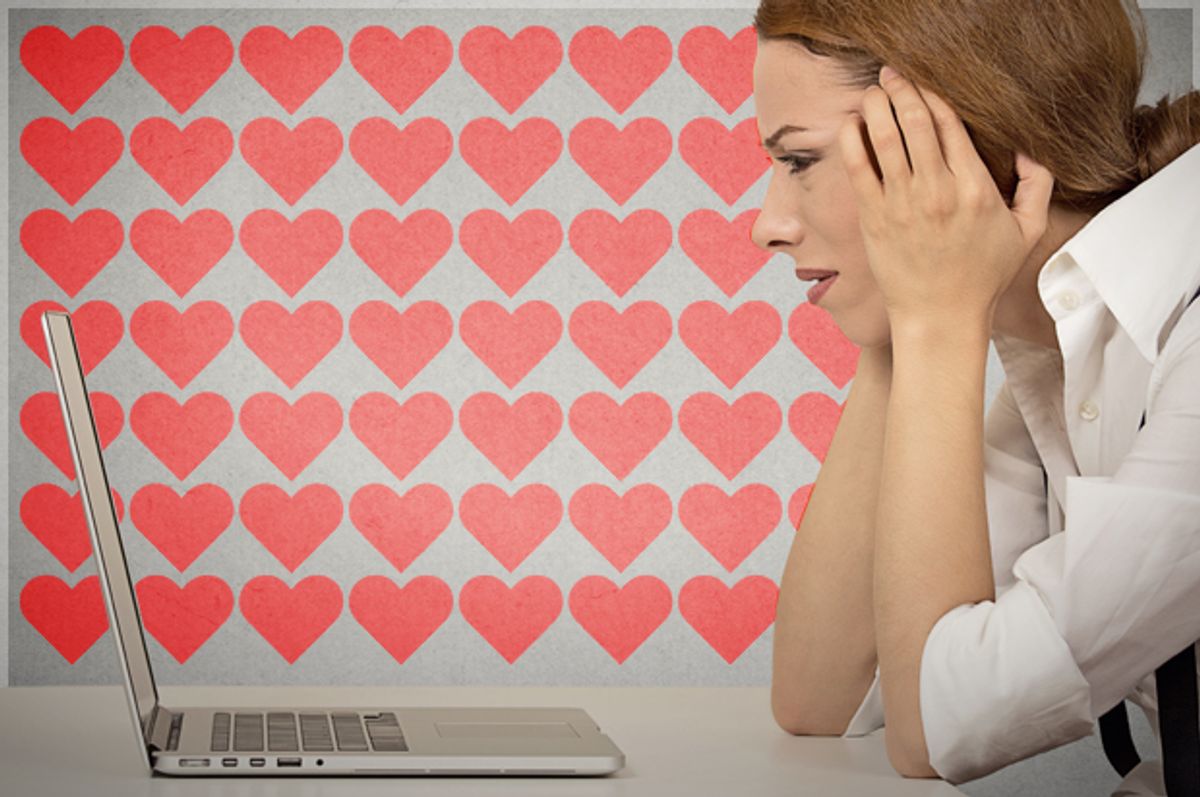 You can say a lot with a heart. You can also anger and annoy an enormous number of people with one, too, which is what Twitter seems to have done by changing its symbols around. And it may be setting off the biggest backlash in online iconography since Apple’s San Francisco font.

We are changing our star icon for favorites to a heart and we’ll be calling them likes. We want to make Twitter easier and more rewarding to use, and we know that at times the star could be confusing, especially to newcomers. You might like a lot of things, but not everything can be your favorite.

The heart, in contrast, is a universal symbol that resonates across languages, cultures, and time zones. The heart is more expressive, enabling you to convey a range of emotions and easily connect with people. And in our tests, we found that people loved it.

Well, presumably some people really did love it. But the noise on social media today reveals that a lot of people don’t. “Twitterers expressed annoyance at noticing the change,“ CBS News reports, “with some even threatening to quit using Twitter all together.”

Tweeters had various reasons for their frustration:

Part of the problem may be gender related: Unlike Facebook (which uses a thumb’s up for its “likes”) and Instagram (which also uses a heart), Twitter leans slightly male, according to research by Pew Research Center. Are the reasons women tend to be more comfortable than men with emotional expressions and symbolism cultural or biological? Who knows, but a lot of men are going to be uncomfortable “hearting” something, and users of all gender expressions seem freaked out by the change.

So what was Twitter’s braintrust – and, presumably, new chief Jack Dorsey – thinking here? “Innovation” and “disruption” are the key words in Silicon Valley, so something like this was probably inevitable. It’s also the kind of cosmetic thing new bosses like to do to show people they are serious characters. And in Twitter’s defense, the use of “favorite” was pretty annoying: the world is better off with it gone.

But the reason the heart is such a misfired idea has more to do with the nature of Twitter. The tech crowd has such a weirdly messianic sense of mission – the whole “change the world” rhetoric – that Twitter’s brass may not quite get what people use their site for. Mostly, it involves passing around witty comments, bitter complaints, silly videos, and outrage-stoking news stories.

Everyone has his or her balance of these categories, but rarely do we share something because we love it. Sometimes we send it out because it looks interesting, or because the news it reports pisses us off. The level of emotional intensity that inspires love as a reaction, or to cause us to reach for a heart, rarely enters into it.

The Atlantic's Elizabeth Bruenig dissents from the bad vibes around Twitter's heart:

Most people on Twitter probably don’t use the platform the way members of the media do, and it certainly makes more sense to slap a twinkling heart onto a family member’s daily status update than a tweet linking to a story of horrific human rights abuses. Twitter was probably thinking of its broader user base, rathern than its concentrated media constituency, when it made the change. Or maybe it is just screwing with us.

But Twitter isn’t Facebook – which involves people mostly engaging with friends and relatives and posting pictures of kids and vacations and great looking meals, and which tends to be more lighthearted than Twitter. And Twitter isn't Instagram, a highly-curated image-sharing space where pretty pictures prompt the "heart" icon with ease.

The people we follow on Twitter are often people we’ve never met or spoken to, but whose words and images we’re curious to see. Isn’t a heart a little, uh, intimate for this kind of thing?