In new MSNBC interview, David and Charles Koch lament they haven't made a bigger impact in U.S. politics 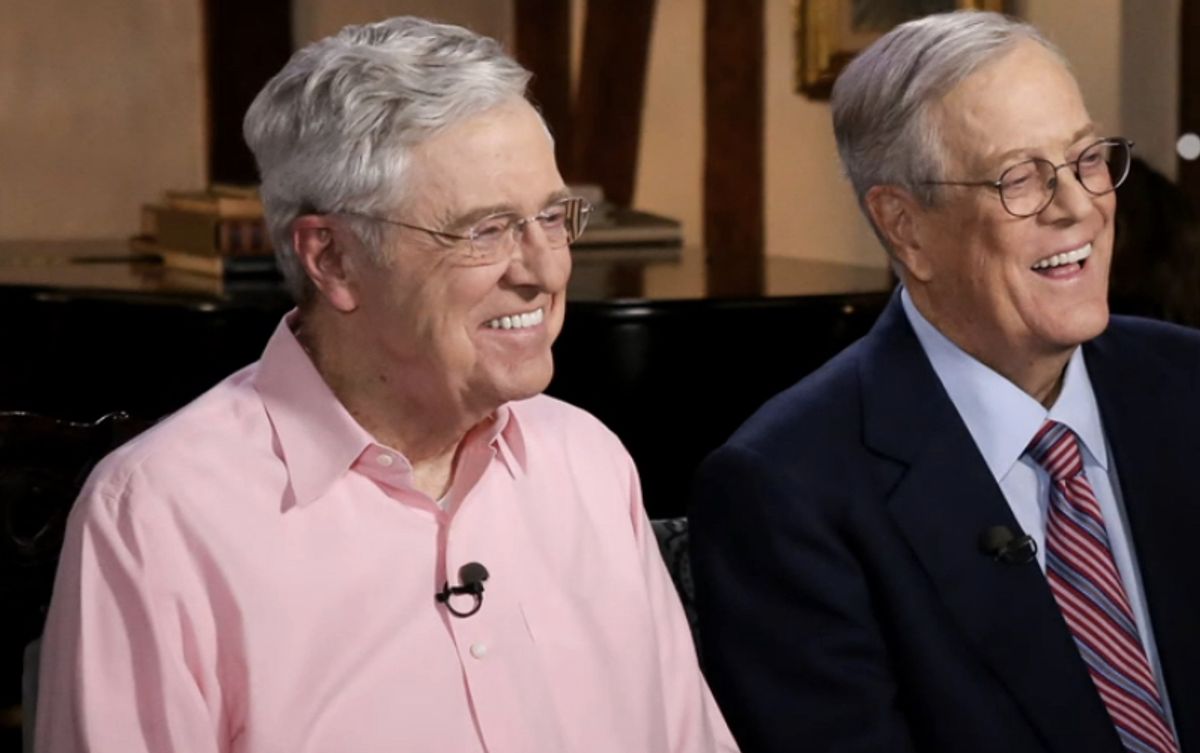 Billionaire Republican donor Charles Koch is out to promote his new book, "Good Profits," and in doing so made a rare television appearance with his brother, David, for an interview with MSNBC's "Morning Joe," during which he admitted that the brothers' venture to buy off candidates who support deregulation has largely been a failure while defending spending billions on political campaigns as a noble cause.

Referring to the 2014 midterm elections, Charles argued that "we looked like we won," but "as you can see, the performance, we didn't win much of anything."

“So far we’re largely failures at it, as you can tell,” the Republican mega-donor lamented, making no bones about his attempts to buy influence by financially backing preferred candidates.

When asked if his buying political influence is at odds with his desire to end so-called corporate welfare, Charles essentially argued that the bankrolling of politicians by he and his brother is alright because their values are righteous.

“You see, to me, it depends on to what end,” Charles began. “If it’s to get policies that will create, open up opportunities for people and get rid of all this corporatism and corporate welfare, wherein what? Seven out of the richest counties in the country are around Washington, D.C.? I mean and, and have two-year presidential campaigns where that’s all anybody’s focused on. Why is that? It just isn’t random.”

"I’m kind of like Martin Luther when he was on trial and he said, here I stand, I can do no other," Charles remarked after being asked about the level of backlash he and his brother have received from their involvement in politics.

Koch went on to argue that his billions spent to influence local, state and federal elections is but a drop in the bucket and therefore not problematic:

See, the perspective is all wrong because we're trying to raise $250 million to fight all this stuff. There are hundreds of billions being spent to advance it because you look at all the money going out in these districts that then come back to the congresspeople, get them votes, and build more power, and the whole system is wanting to re-elect incumbents. And so somebody's got to fight it. Do you see a lot of other large companies fighting this? We're about it. So if we didn't do it, who would be trying to stop this racket? This is a huge racket that's wrecking the country.

Watch the three part interview with the Koch Brothers, via MSNBC: