So police are afraid citizens are going to "brutally film them," the "Daily Show" host asks... 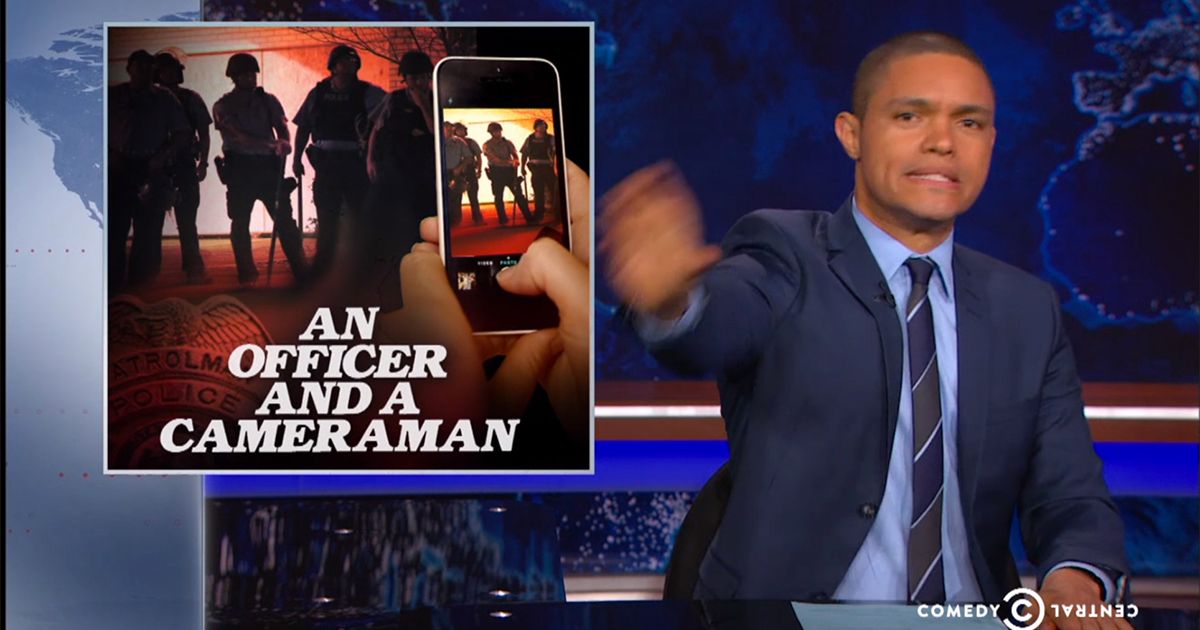 After a week off, "The Daily Show with Trevor Noah" returned just in time to call bullshit on the FBI's latest claim that an increase in crime has come about as a result of police fear of being filmed while doing their jobs. Cops are claiming that they are afraid of screwing up on video and becoming a YouTube sensation. This as opposed to screwing up and killing someone, is what they're worried about. The FBI is calling the problem "The Ferguson Effect."

"The majority of police are really good people... But the police are just trying to make a basic point. People are treating them unfairly just because of who they are and how they loook. People following them around with cameras watching everything they do, suspicious that they’re always afraid to break the law, leaving police afraid to even get out of their cars for fear that someone might whip out a phone and brutally film them. Who can imagine how that must feel?" Noah said. "If you listen carefully, all the police are saying is, 'Phones down, don’t shoot.'"

As many reports have pointed out, the FBI is relying on assumptions, not facts to support their claim. Director James Comey was so far off base even President Obama had to step in to call out the bullshit and confirm that there is zero evidence to substantiate his claim. The reality is that crime is at a 20 year low in the United States and the FBI announced last year that violent crime has also dropped. The Sentencing Project revealed that the rate of crime in St. Louis increased before Michael Brown's murder. But, we don't tend to hold cops accountable when they kill someone, so why would we hold the FBI accountable for inventing the so-called "Ferguson effect?"

“But these are just facts,” Noah warned. “They don’t count. It doesn’t matter what the facts are. The only thing that matters is how the police feel.”

Noah acknowledged that policing isn't easy work. There's always a fear of being killed or injured on the job. "But, it seems like being video taped while doing your job shouldn't be the thing that makes you question whether or not you should do your job. And it seems like that's what the 'Ferguson Effect' is. Officers feeling like they are being blamed for what other officers are doing."