While GOP candidates whine, the laughter in America grows louder 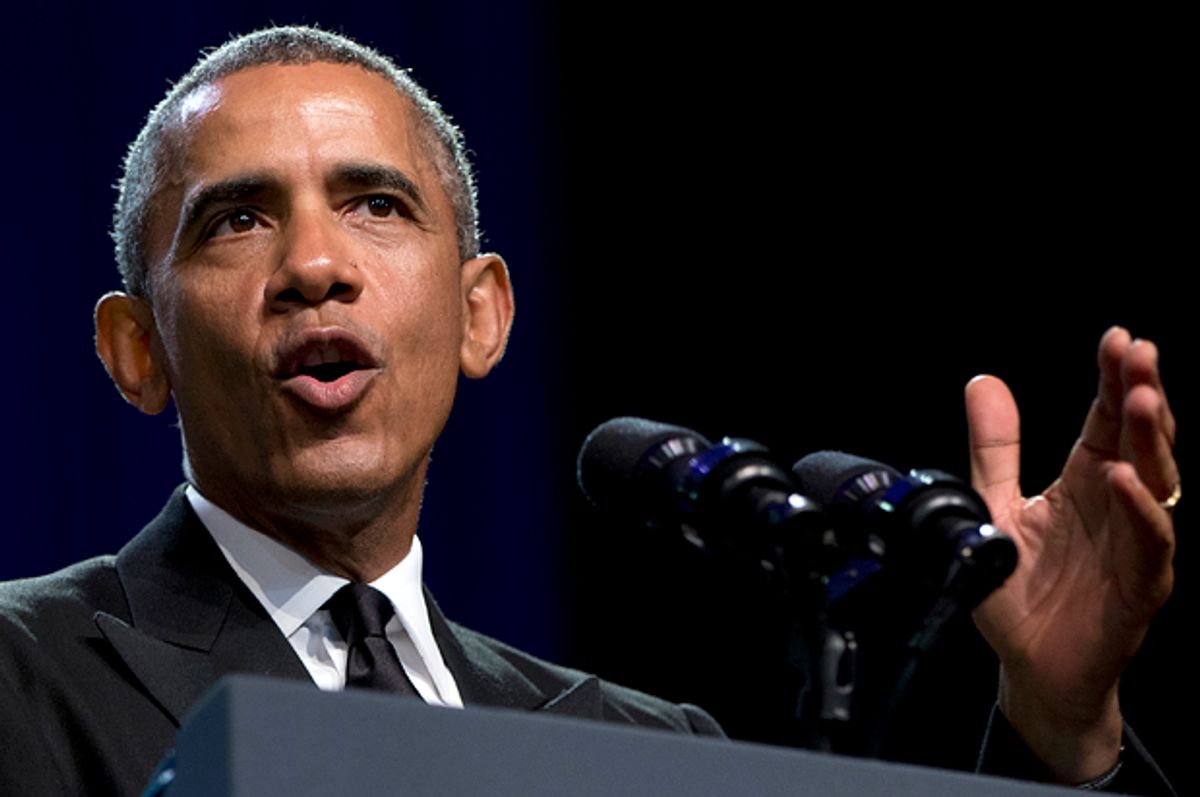 The Republican presidential candidates are so upset with the questions asked by the cable business network CNBC during the third debate last week that not only have they fallen back on their usual cries of media bias, but they've also boycotted all future NBC News debates and created a list of demands for any media outlets planning to host an upcoming debate -- well except, of course, Fox News.

The GOP's outrage has gotten so out-of-hand that Republican National Committee chairman Reince Preibus has reshuffled his staff as a means to appease the whining campaigns and at least four of them still refuse to sign on to the agreed upon demands list.

Now, President Obama has gotten in on the joke, laughing at Republicans vying to replace him in the White House. On Monday evening, Obama spoke at the Richard Rodgers Theater for a Democratic National Committee fundraiser following a special showing of the Broadway musical “Hamilton," where he poked fun at the latest Republican debacle.

“Candidates tough talk about Putin,” Obama said, referring to Republican presidential contenders like Donald Trump, who has argued that his negotiation skills would lead to better U.S.-Russian relations.

“They say, 'when I talk to Putin, he’s going to straighten out,'" he said mocking the Republican slate, "and then it turns out they can’t handle a bunch of CNBC moderators.”

“If you can’t handle those guys, I don’t think the Chinese and the Russians are going to be too worried about you,” Obama joked.

Obama argued that the GOP's debate fracas is but one example of how the Republican candidates “occupy a different reality,” pointing to their rhetoric and policy prescriptions on immigration reform, climate change and the economy.

“According to them, everything was going really great in 2008," Obama said incredulously.

"This apparently was the golden age, that I messed up,” he joked. "I messed it up!"

“And Obamacare, and immigrants, and taxes and deficits all just messed everything up. And they’re really so glum. They really are so frustrated,” he told the gathered 1,300 donors.