Maybe if he told a few "yo momma" jokes Paul could fight back against Trump. Probably not 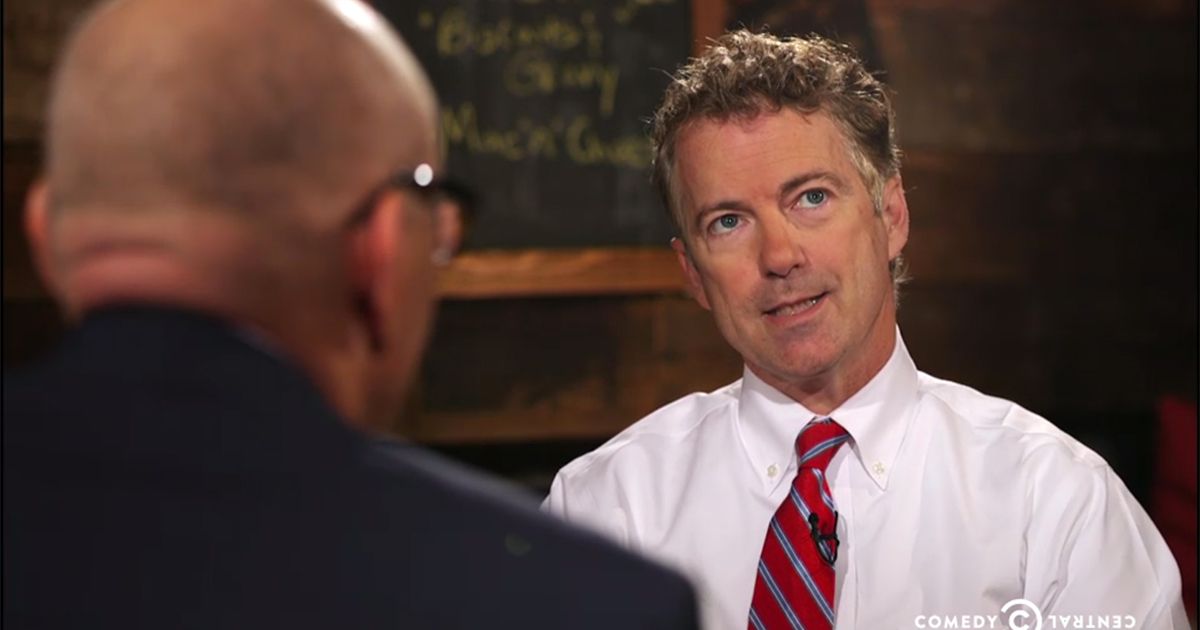 Rand Paul has an unfortunate history with race. He wrote the foreword for a book by a Confederate apologist and 9/11 conspiracy theorist. He thinks paying taxes makes you a "slave," saying that if you're taxed at 50 percent that makes you "half slave, half free." Not to mention, Paul's former social media director, Jack Hunter is a neo-Confederate activist. It is all the more shocking and awkward that Larry Wilmore was able to sit down and have soul food with Paul on Monday evening's "Nightly Show."

The interview began with some easy Trump bashing and Wilmore encouraged Paul to try a few "yo momma" jokes next time during a debate to hit back against the "loser" insults and bravado. “What do you think, like, ‘Your mother wears army boots’… would that work or not?” Wilmore tried to get him to practice, but it was a complete fail. Even with prompting by Wilmore "yo momma's so fat she thinks pound cake is a....." Paul answered vegetable before claiming he needed better writers.

Wilmore went on to force Paul to "Keep it 100" on the issue of Trump. “I really love Donald Trump,” Paul said. “I think he’s hilarious... He’s in the wrong sort of arena now. I mean, he would be great in sort of the arena of television.”

Paul got another shot when Wilmore asked if he'd join a Trump ticket. Paul basically said no f*cking way. “It would be an utter and absolute disaster and I would want no part of it,” he said.

Wilmore was pleased with an honest answer.

When the conversation turned to Ben Carson, Paul, an ophthalmologist, nearly found an insult saying, "The brain is kind of important, but what’s the brain without eyes?" Paul also denied thinking Carson was a mad scientist.

With the history of racism and Paul's complete lack of a sense of humor it proved to be the most awkward 6 minutes you'll watch.