Robin Williams’ widow opens up about his suicide: "It was not depression that killed Robin" 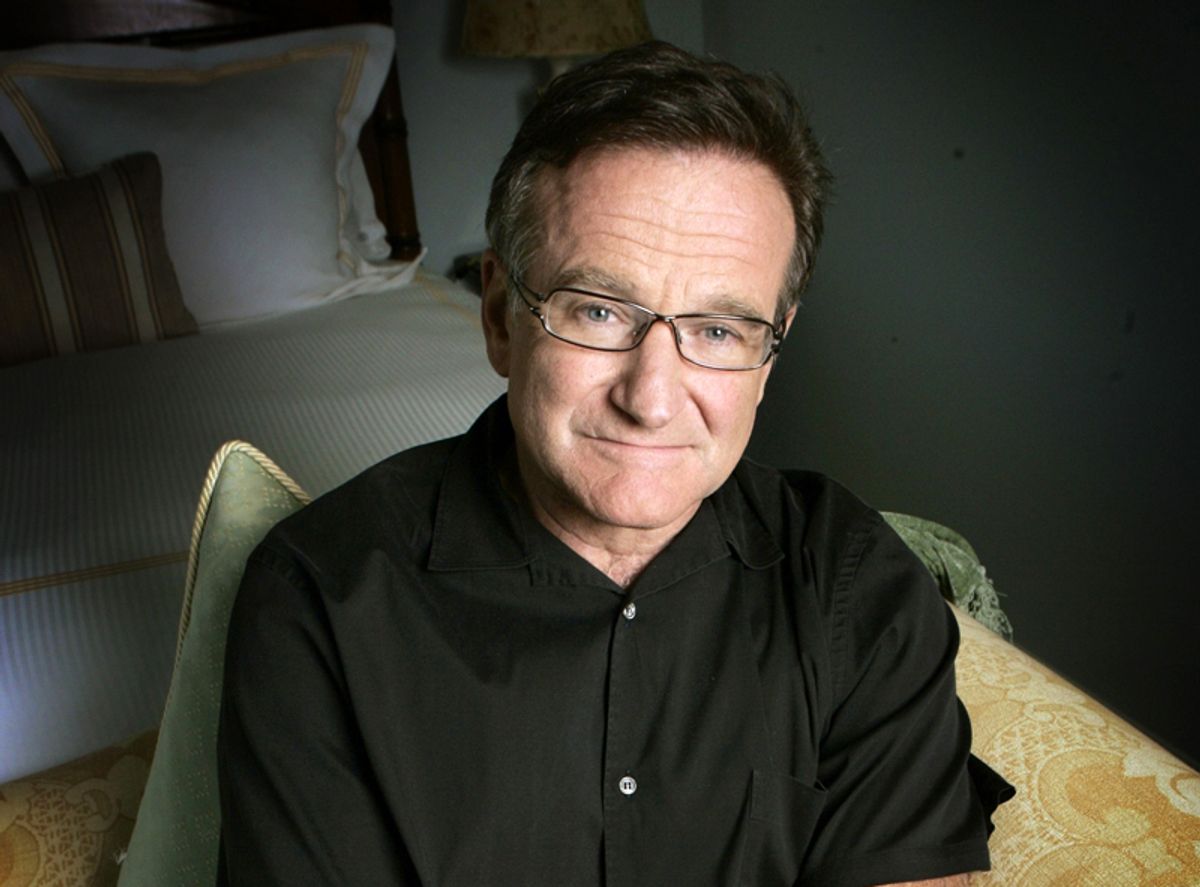 In her first interview since her husband’s suicide last August, Robin Williams' widow Susan Williams opened up to "Good Morning America," saying it was not depression that killed her husband, but the serious brain illness he was suffering with.

"Lewy Body Dementia killed Robin," she said. "It's what took his life."

A report from after the actor’s death revealed that he was suffering from Lewy Body Dementia, a complex form of neurodegenerative dementia that causes mood instability and hallucinations and impairs motor skills.

“People in passing… would say to me, ‘God, I wish I had done something more for him. If only I had called him,” Williams explained. “And I’m thinking, ‘No one could have done anything more for Robin.’ I just want everyone to know that. Everyone did the very best they could. This disease is like a sea monster with 50 tentacles of symptoms that show when they want. It’s chemical warfare in the brain. And we can’t find it until someone dies definitively. There is no cure.”

While Robin didn’t know what was wrong with him before he died, Susan says he had scheduled neurocognitive testing the week before he died. She says she watched her husband “disintegrating" as a result of the unknown illness, racked by depression, paranoia and anxiety, and that she knows now that he would have had only three years to live given his diagnosis. She adds that does not blame him for taking his own life.

In another interview with People, Susan says she hopes to raise awareness about Lewy Body Dementia.

"I've spent this last year trying to find out what killed Robin. To understand what we were fighting, what we were in the trenches fighting and one of the doctors said, 'Robin was very aware that he was losing his mind and there was nothing he could do about it,' " she says.

"This was a very unique case and I pray to God that it will shed some light on Lewy bodies for the millions of people and their loved ones who are suffering with it," Susan continues. "Because we didn't know. He didn't know."

While much has been written about Robin’s long battle with depression, Susan seems committed to changing the public narrative around her husband’s death.

"It was not depression that killed Robin,” she concluded. "Depression was one of let's call it 50 symptoms, and it was a small one."