"It was a crap sandwich": Seth Meyers fixes the Republican debates, takes down Jeb!

Some rare agreement with the RNC chair, and defining Jeb as "Current disappointment to the entire Bush family" 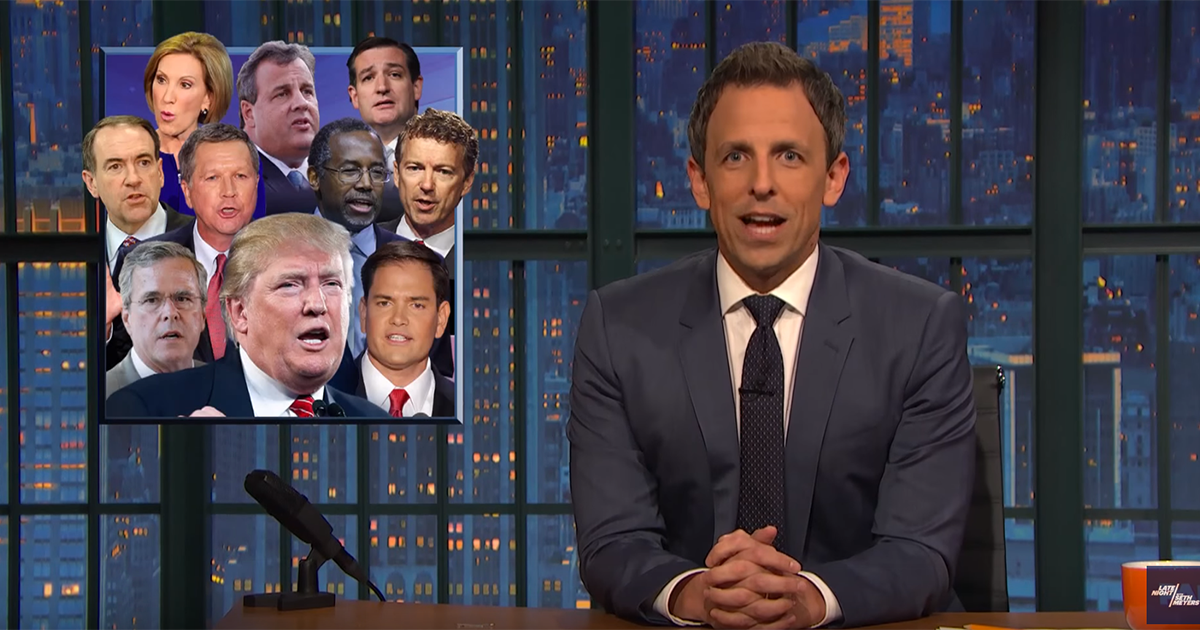 "Late Night" host Seth Meyers hilariously took down the GOP's latest debate demands on this week's "Closer Look" segment. The GOP had such a terrible time at CNBC, what with moderators holding them accountable for their policies and all. Now they're dismissing Telemundo's participation and threatening an NBC News boycott and renegotiating the terms of the debate agreement.

Republican National Committee Chairman Reince Priebus called the debate a "crap sandwich" in a Fox News appearance. Probably not the best thing to do attacking the media for their sandwich choices.

"Reince isn’t wrong," Meyers said. "It was a crap sandwich. One of the problems is that any sandwich is crap if it has 14 or more ingredients," and every major GOP candidate appeared on screen. He compared that to a much simpler three ingredient sandwich of the Democratic Party which is as about exciting as a debate on toast.

Meyers talked about Bush's major problems with the descriptions that went along the right side of the screen when candidates appeared. Instead of mentioning that he was the former Governor of Florida it talked about his role working for Lehman Brothers. "As well as their very surprising decision to list him as 'Current Disappointment To Entire Bush Family.'"

"I know this isn’t up to me, but I vote gong," Meyers said. "In fact, let’s take a look at how the last debate would’ve gone with a gong," and he played a hilarious sound of constant gong going off due to candidates' talking over each other.