Megyn Kelly tears into Ted Cruz over ridiculous debate demands: "Would we have to submit our voting records to you?" 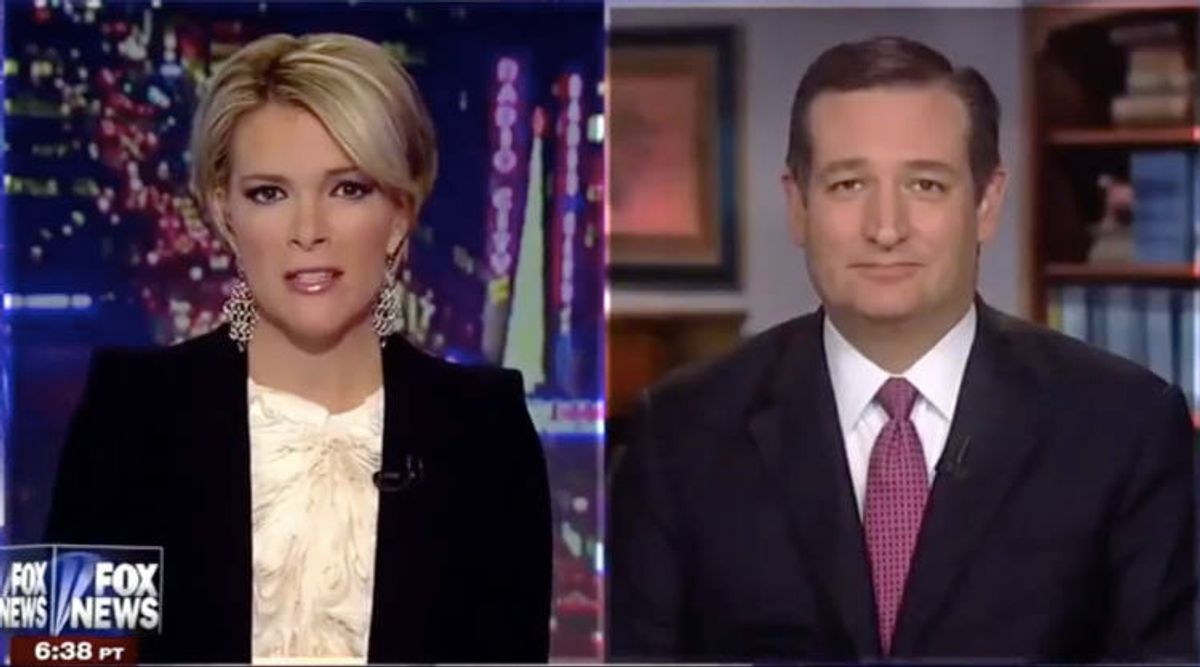 Megyn Kelly has been none too impressed with Republican presidential candidates' reaction to their third primary debate and days long tantrum about the CNBC moderators -- after all, she did see her own revolt of Fox News viewers following her moderation of the first GOP debate -- so on her Wednesday night program, Kelly confronted Texas Senator Ted Cruz about his recent demand that future GOP debate moderators strictly be Republicans.

Making clear that he thought the debates so far have been "terrific," Cruz responded to New Jersey Governor Chris Christie's suggestion that Republican presidential candidates stop whining and move on from last week's debate. Cruz said he was happy to "debate any of the candidates, anywhere," and denied that he planned to sign onto a GOP list of demands for future debates.

But then Cruz explained that his only problem with the Republican primary debates has been the fact that they are moderated by what he calls liberals.

"Why is it that we have Republican primary debates that are moderated by liberal Democrats," Cruz asked, repeating the argument he made on Fox News' "Hannity" moments following last week's CNBC debate. "I don't think that makes any sense," he told Kelly.

"The one rule change that I think the RNC ought to think about is saying that if you have never in your life voted in a Republican Party primary, that you shouldn’t be moderating a Republican primary debate," Cruz argued.

"Let me challenge you on that," Kelly offered. "Do you have any idea whether Bret Baier or Chris Wallace have ever voted in a Republican primary?"

"I have no idea," Cruz admitted chucklingly, before defending his assertion by revealing the secret that neither Kelly, nor Wallace, nor Baier could plausibly be described as liberals.

“Would we have to submit our voting records to you?" Kelly shot back after noting that Cruz's proposed rule could potentially box out some Fox News anchors from moderating GOP debates.

"Megyn, it is not complicated," Cruz insisted. "In a primary, don't have liberals moderating."

Watch Kelly attempt to confront Cruz on his GOP only debate proposal: