Must-see: This is Trevor Noah's sharpest GOP takedown yet, destroys "your terrible candidates and ridiculous events" 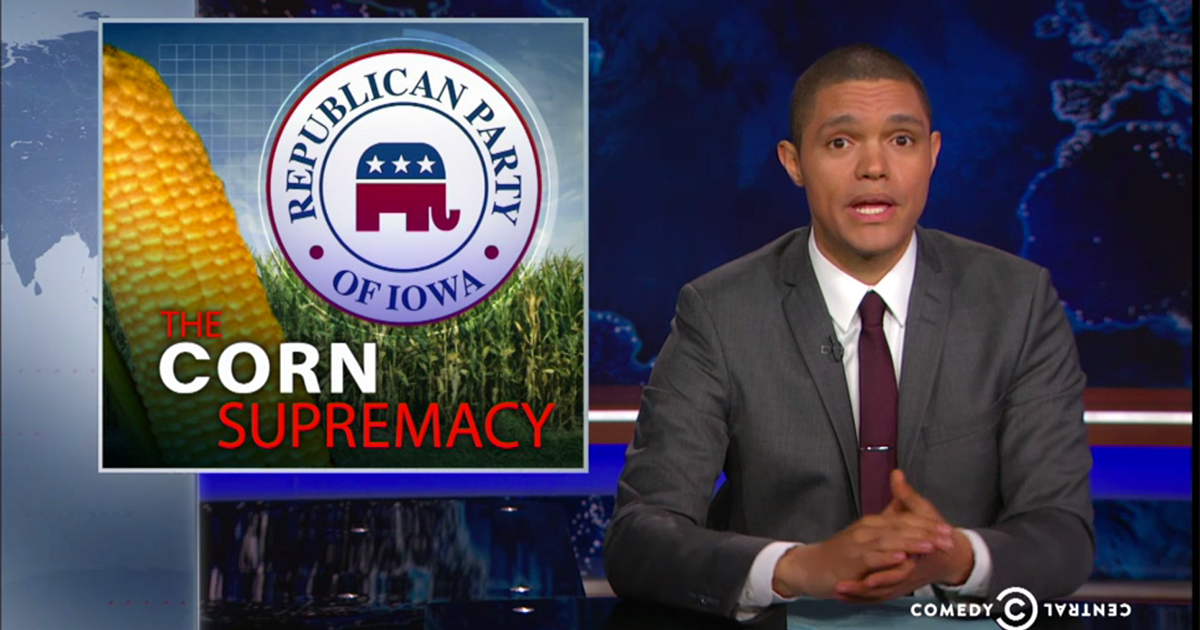 "The Daily Show With Trevor Noah" announced Monday that they have been denied press credentials to an Iowa GOP candidate forum, The Iowa Growth and Opportunity Party. Which, despite the way it may sound, has nothing to do with Viagra.

"We were afraid they were going to make fun of Iowa," GOP chairman Jeff Kaufmann said in a press release. But that won't deter "The Daily Show" from making fun of Iowa, in fact now they are even more emboldened.

"Seeing as this was the last chance for Iowans to see a group of GOP candidates in one place before Election Day, we wanted to be there," Noah said. "Jordan Klepper filed this report." But there were nothing but crickets. Because, as Noah said, "nobody filed shit! Because, for real, the Iowa state Republican Party specifically denied The Daily Show access to their event last week."

If "The Daily Show" has proved on thing over the years, whether you allow them access or not, they will make fun. But the Iowa Republicans made the rookie mistake of not allowing them to attend so the GOP could control the message. "You shouldn’t hide behind Iowa, where the things you really don’t want people making fun of are pretty obvious here," Noah said. "Your terrible candidates and your ridiculous events. As far as I'm concerned, the Iowa GOP can suck its own caucus." Likely, many have tried.

Noah joked that media called the event a "cattle call" of GOP candidates and supporters, which he found weird coming from South Africa. "Where I'm from, a cattle call is when you bring together a group of simple-minded, stubborn, creatures whose bullshit is partly responsible for the trouble we have with global warming."

The caucus event was Halloween-themed with Democratic things set up in a way to scare people. Like a scarecrow made up like Hillary Clinton. "If you wanted a fake, empty Hillary Clinton, you could have just used Carly Fiorina," Noah joked.

But Noah's issues don't come from the good corn loving people of Iowa as Kaufmann assumed. "It’s with its bloated role in the American election," he argued. "I don’t understand, especially because Iowa’s Republican caucus stopped mattering years ago. It in no way, determines the party’s nominee, let alone the general election winner. And if you don’t believe me, just ask the last two winners: not-President Mike Huckabee and even less President Rick Santorum." Boom!