Robin Williams' widow opens up about legal battle over his estate: "Every inch of that home has our laughter, our playfulness, our joy, our tears" 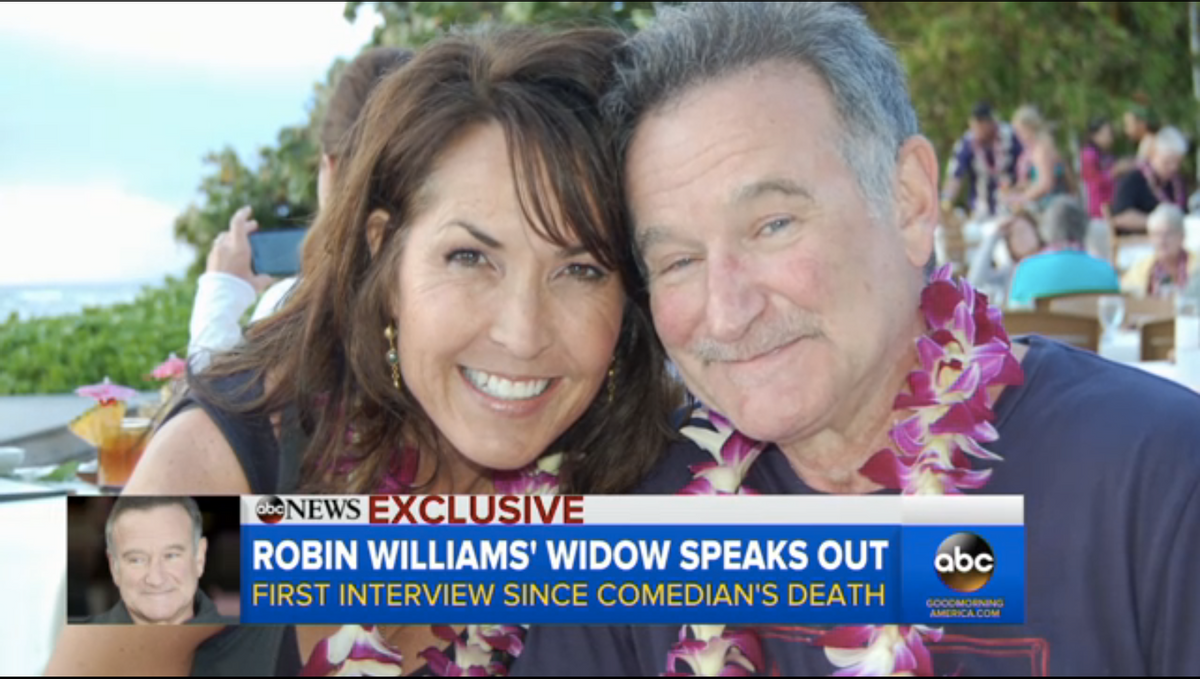 In a new clip from "Good Morning America's" exclusive with Robin Williams’ widow Susan Williams, Susan opened up about the legal battle over her husband’s estate that erupted after his suicide last August.

In a legal action filed after Robin’s death, Susan claimed that some of her late husband’s items had been removed from their home “unilaterally” at the behest of Robin’s children, and that she wasn’t being given enough money to pay expenses on the home that she and Robin had shared. The children, meanwhile, alleged that Susan was trying to keep items that their father had meant for them.

Opening up about the dispute for the first time, Susan tells GMA that she was basically “forced” into taking legal action when, a mere two-and-a-half weeks after Robin’s death, she was told that she might not be able to keep their wedding gifts.

“While you’re out of the house, we need to come in and take everything out,” Susan recalls being told by Williams' trustees. “Eventually once we’ve gone through it all tell us which items are yours and we’ll tell you if that’s true. And I’ll never forget being on the phone with one of the trustees and saying ‘what is this? I know Robin Williams is famous, but he’s my husband. He’s my husband. If we’re talking that you guys think everything is memorabilia then take me, he’s touched me! Where does this end?’”

After battling for nearly a year, Susan and Williams’ children settled out of court. Susan was able to keep the couple’s house, as well as sufficient funds to maintain the home.

As Susan explains, she ended up getting “basically just what my husband wanted, which is that I could live in the home until I died, that it would be taken care of. Every inch of that home has our laughter, our playfulness, our joy, our tears.”

A lawyer for Robin’s kids told the AP that they are “relieved to have this behind them."