The secret history of bathroom panic: Inside the right-wing campaign that paved the way for Houston's anti-LGBT vote

Houston voters overwhelmingly rejected anti-discrimination legislation, in a move eerily reminiscent of the past 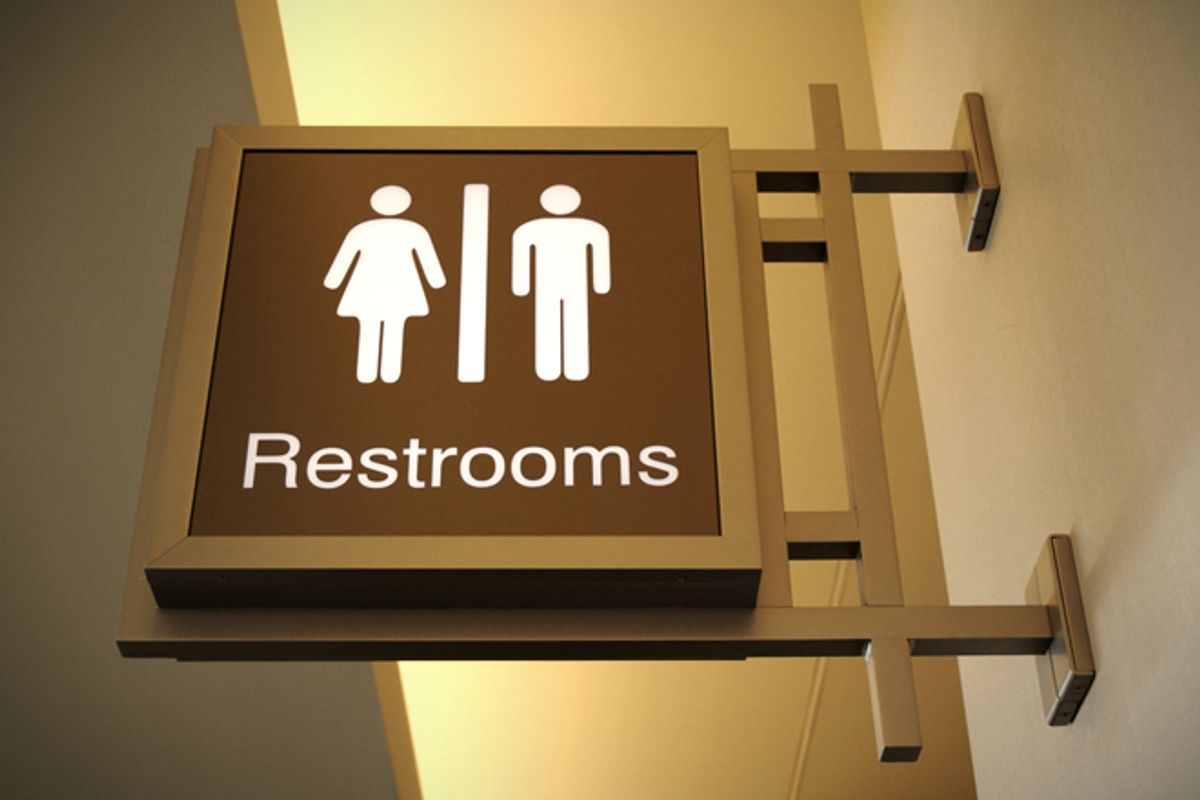 On Tuesday, voters in Houston chose overwhelmingly to rescind the city's equal rights legislation, which bans discrimination based on sexual orientation, gender identity and a host of other categories.

The campaign against the Houston Equal Rights Ordinance (HERO) may have taken place in 2015, but it played on some very old, primal and nasty fears. "No men in women's bathrooms"—a breathtakingly bigoted piece of transphobic slander—was the opponents' rallying cry. Take this ad from former Houston Astros player Lance Berkman:

"No men in women’s bathrooms, no boys in girls’ showers or locker rooms. I played professional baseball for 15  years, but my family is more important. My wife and I have four daughters. Proposition 1, the bathroom ordinance, would allow troubled men to enter women’s public bathrooms, showers and locker rooms. This would violate their privacy and put them in harm’s way."

The proponents of HERO found that, despite their celebrity backing and financial muscle, they could not overcome such scaremongering. The bathroom line was the single most potent one in getting people to oppose the measure.

A simple equal-rights bill supported by famous people gets destroyed by a hysterical fear campaign: Where have we heard that one before?

My thoughts turned instantly to the 1970s—specifically to Phyllis Schlafly, whose improbably successful campaign to torpedo the Equal Rights Amendment reads like a textbook that the anti-HERO forces in Houston studied thoroughly. When Schafly began her fight to take down the ERA, the amendment—which simply stated that "equality of rights under the law shall not be denied or abridged by the United States or by any state on account of sex"—appeared unstoppable. Then Schlafly got involved. She shrewdly twisted the seemingly straightforward text of the amendment into a supposed nightmare scenario for American women (there was also some nice homophobia thrown in, too). As she put it in a 2007 op-ed:

"The amendment would require women to be drafted into military combat any time men were conscripted, abolish the presumption that the husband should support his wife and take away Social Security benefits for wives and widows. It would also give federal courts and the federal government enormous new powers to reinterpret every law that makes a distinction based on gender, such as those related to marriage, divorce and alimony."

ERA supporters vocally objected to this interpretation of the amendment, but they lost the argument. Schlafly was tapping into visceral fears people had about a changing society.

Besides all the doomsday situations mentioned in the passage above, one of the anti-ERA campaign's most effective lines of attack concerned—you guessed it—bathrooms.

The notion that the ERA would mandate unisex bathrooms became known as the "potty problem." People got very agitated about this. "Fear Of Unisex Bathrooms Doomed ERA," one headline from the Orlando Sentinel read years later.

As in the '70s, so it was in 2015, when bathrooms killed HERO. It is appropriate, therefore, that Schlafly has been weighing in on the bathroom question. "They're trying to turn our boys into Peeping Toms," she told the rightwing Newsmax on Monday. "I can't imagine why else they would want to go into the girls' restrooms."

It's obvious why bathrooms or locker rooms work so well as a line of attack. They are intimate, private, sexually charged spaces. Remember all the drama surrounding how Michael Sam's straight peers felt about him showering with them? Or how incendiary the notion of black people using bathrooms with white people once was? Bathrooms make the abstract real. The Other is not just out there somewhere; he's right next to you.

The fall of HERO on such horribly antiquated lines shows that, despite this being the year of Caitlyn Jenner, the Phyllis Schlaflys of the world still retain a great deal of power. If they are to be defeated, we have to tackle the bathroom bigotry once and for all.