We choose to be anxious, stressed, afraid: "We set ourselves the goal of trying to avoid things that are utterly out of our control"

Salon speaks to a psychologist about stress, parenting, and ways to deal with both 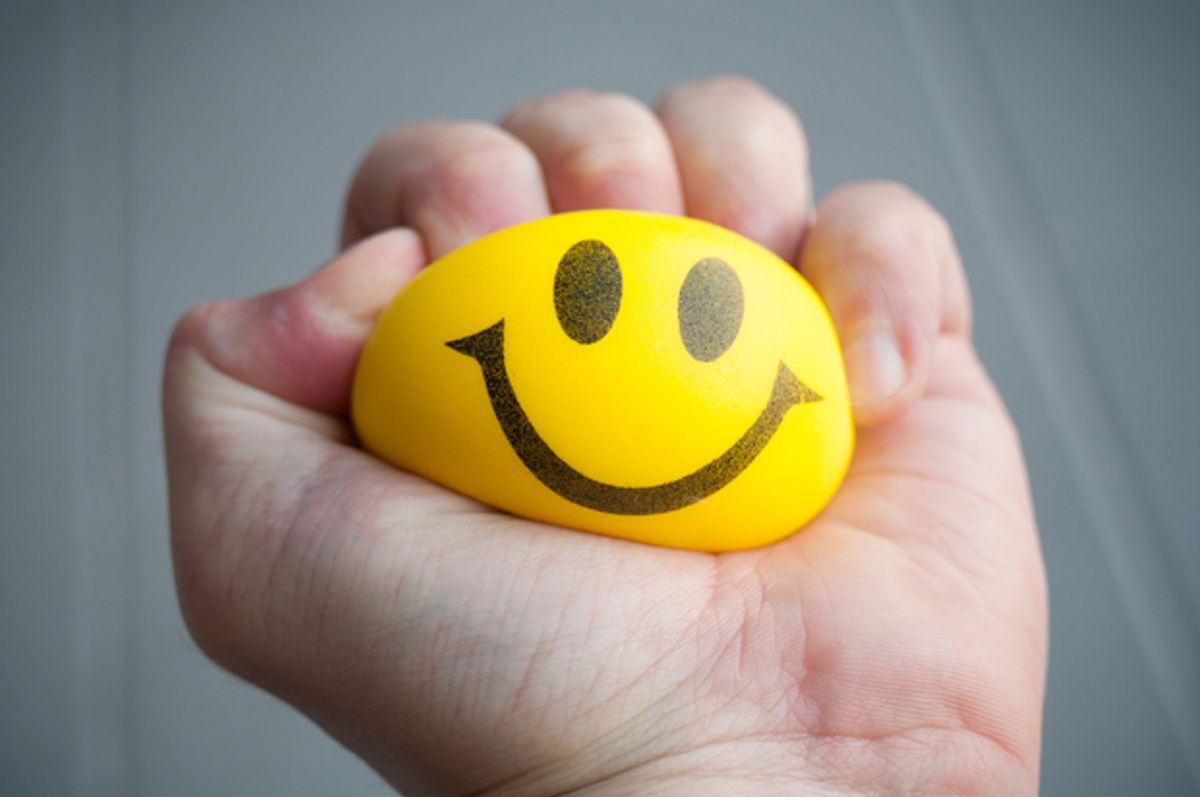 As if we weren’t already feeling stressed out enough – today is National Stress Awareness Day – a new report by the Pew Research Center just came out, describing the levels of stress that otherwise privileged American families are under. “The data are the latest to show that while family structure seems to have permanently changed,” a New York Times story reports, “public policy, workplace structure and mores have not seemed to adjust to a norm in which both parents work.” (The piece is headlined "Stressed, Tired, Rushed: A Portrait of the Modern Family.")

As the Atlantic described the study’s two-income families: “these parents are stressed and harried, struggling to bring their family lives into alignment with their work lives.”

What is stress? Where does it come from? And is there something about contemporary life that’s amplifying it? We spoke to University of Texas psychology professor Art Markman, author of “Smart Thinking” and co-host of the radio show Two Guys On Your Head.

Salon spoke to Markman from his office in Austin; the interview has been edited for clarity.

Before we get into specifics around stress, let’s start with the basics of stress. What causes it?

All of the emotions you experience are related in one way or another to the motivational systems in your brain. The feelings you have are basically your motivational system’s way of telling you if you are succeeding or failing at whatever you are trying to do.

And because your motivational system is buried so deep inside your brain, those feelings – the emotions you experience – are basically the only mode of communication that that very evolutionarily old system has to communicate with the rest of the brain.

With stress in particular, the motivational system has two distinct modes: The one you engage when you’re trying to approach some really positive or desirable thing in the world – having a really great meal, hanging out with a friend, listening to really great music. And then there’s a second system, the avoidance system, that engages when there’s something really noxious in the environment you’re truing to avoid. It could be a source of danger – a bus bearing down on you – or it could be a somewhat more diffuse danger, like the prospect that you might get fired. When that avoidance system is active – there’s something in the world you’re trying to avoid, but you haven’t avoided it yet – you end up experiencing emotions of stress, anxiety and fear.

Part of the reason we’re talking about this today is that it’s apparently National Stress Awareness Day. It seems like a bizarre name for a holiday – aren’t people who are stressed out typically aware of it? Or do people end up walking through stressful times without noticing?

People who are stressed are aware they’re stressed, but they’re not always aware of where that stress is coming from or what they can do about it.

There are lots of places stress can come from. A new New York Times story describes its origins in middle-class family life. Does that report surprise you?

It’s not surprising – particularly when it comes to parenting. Parents, at least in the United States, often frame most of what they’re doing with their children as the avoidance of calamity. I don’t want my child to fail, I’m worried that my child won’t get into the right school or college, I’m worried they won’t be happy.

But how are they going to learn to be happy from a bunch of stressed-out parents? We spent all our time trying to avoid calamity, but don’t ask, What is a beautiful, desirable thing I could do today? Parents don’t model that kind of behavior for their kids: They create all these wonderful opportunities for their kids, and then they over-schedule them and make stress them out about being late to stuff. “Hurry up, we’re going to be late to dance lessons.”

So now we’re all stressed by the time we get to this thing that’s supposed to be fun.

You’ve talked about the roots of stress that go back to early human evolution. But I imagine there are more specific factors amplifying stress in contemporary life, especially economic and technological factors.

Well, let’s put this into perspective. Almost anything in the world can be framed as something I’m trying to avoid, or something I’m trying to achieve. The sources of stress in our world: There are specific things we choose to worry ourselves about. But what we should bear in mind is that… we’ve mostly got plenty of food – most of us. Again, not everyone – there are definitely people who don’t have anything to eat, don’t have a place to sleep, don’t have clothes. Who have legitimate survival concerns. But I would venture that the bulk of people who will read this piece are not at that level – they’re more existential crises.

Once we get to that level – people talk about Maslow’s hierarchy, once we get off the bottom of that – you have a real choice, in almost everything in your life, about how you want to frame it. There are health concerns – people get sick. There are truly fearful things in the world.

But an awful lot of what we encounter in the world, we have a lot of choice about. And we choose to frame them, as a society, in terms of avoiding negative outcomes, as opposed to trying to approach desirable outcomes. And that matters – because you can’t experience joy unless you put yourself in a situation in which there is a potential positive outcome you can achieve.

Because when you are anxious and stressed and fearful – when you’re trying to avoid something – the best outcome is that you successfully avoid it, and now you’re relieved. “I lived to fight another day.” And that’s no way to live. We worry about money, but we don’t have to set up our lives that way. What are some small, desirable things I can do for my family? If I don’t have enough money to go on that great vacation that we hoped for, what’s a wonderful place we could walk to, or drive to? Or a hike we’ve always meant to take in town? Or frankly, connecting with other people is a great thing. Can we volunteer at the animal shelter this weekend? Hang out with a dog – it doesn’t worry about much.

What does stress cause people to do? What’s the wrong way to respond to stress?

If we set ourselves the goal of trying to avoid things that are utterly out of our control, we put ourselves in a situation where we worry a lot about the future without there being anything we can really do.

Remember, the motivational system is all about getting you to act. So the trick in life is to focus on things you can do rather than things where you don’t have much control. So find an action you can perform, and then engage with it. And if your life is really not in peril, find a way to think about it in a way that allows you to enjoy the activities that you’re doing. Find the desirable piece that’s going to happen today.