Wow, even Bill O'Reilly has just turned on the GOP circus: "These guys have got to stop whining"

O'Reilly to Trump: "If anybody gets to yell that loud on Fox News, it should be me!" 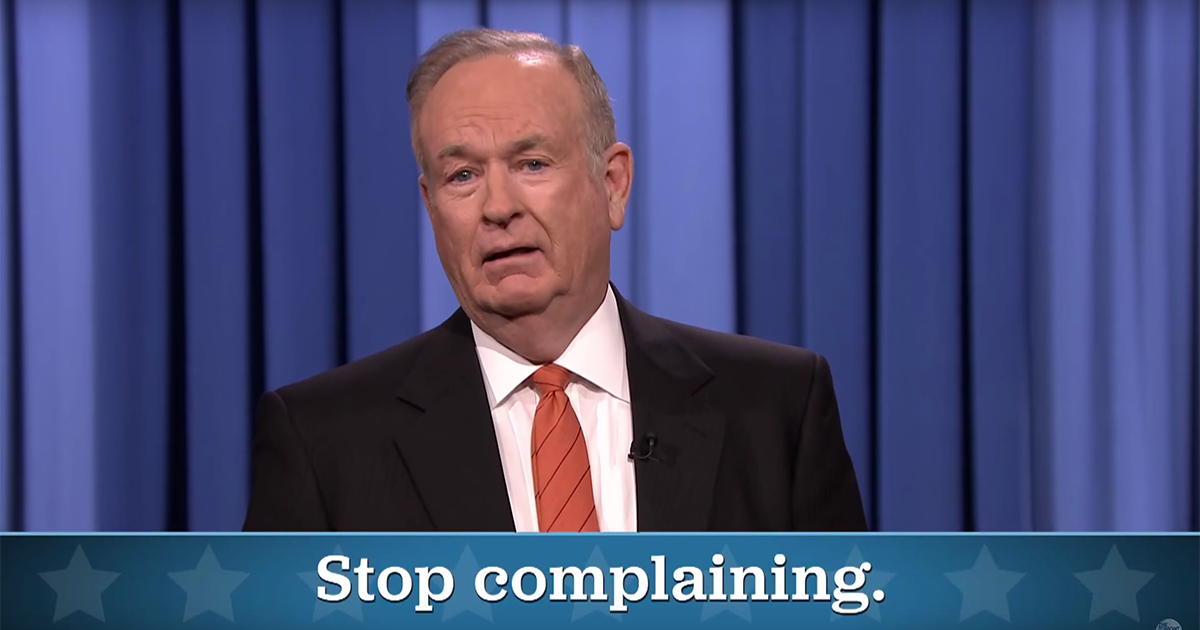 "Here’s the first demand: Stop complaining!” O’Reilly yelled, poking fun at the ridiculous demands the Republican National Committee has outlined for future debates. "Come on! You guys are starting to sound like a bunch of Democrats out there."

His second demand was specifically for Donald Trump and is something we can all agree with: "You gotta take it down to about a six, alright?" Hilarious coming from O'Reilly who is known for being boisterous and shouting on television. "If anybody gets to yell that loud on Fox News, it should be me!"

When O'Reilly sat down with Fallon later in the show, he confessed some serious annoyance with the GOP candidates this cycle and the way they've behaved.

"These guys have got to stop whining,” he said. “If you think you're being treated unfairly, you got a microphone. Let them have it."

Check out the videos below.