There's a huge difference. You ever taste 1% milk? It's barely milk! But 2% is like POW! 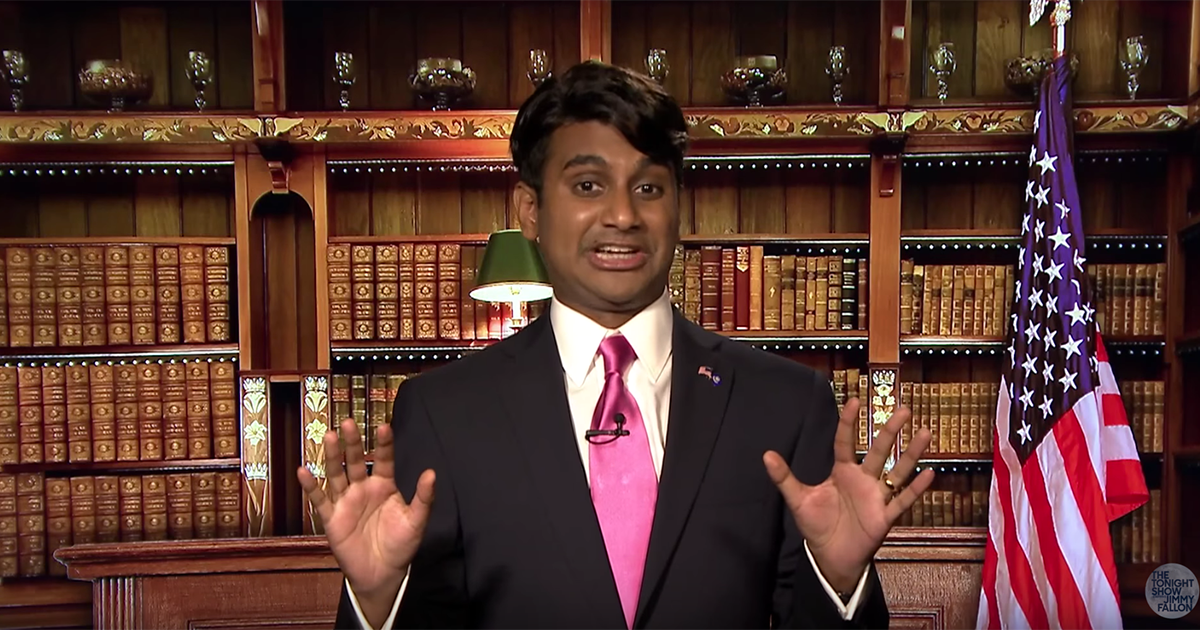 The hair was spot on. The shiny brown locks perfectly combed to the side captured the perfect Jindal in front of a bank of bookcases. And fake Bobby was excited. "I'm use to appearing on C-SPAN at like 2 a.m. right before the start airing those Nutra Bullet infomercials."

Fallon wanted to know why Jindal was still in the race this late in the game when he was polling at only 1 percent. "I'm going to stop you right there," Jindal said. "I'm not polling at one percent. I was polling at 1 percent. I'm now polling at 2 percent! That's a 100 percent increase. It's a huge difference. You ever taste one percent milk? It's barely milk! It's like drinkin' white water! But, man, when you start dumpin' that two percent over your Apple Jacks, it's like POW! You can taste the fat."

Jindal was so inspired by the analogy he has launched a new campaign slogan: Jindal 2016: You can Taste The Fat. It'll be a game changer, just like his 2 percent in the polls is a game changer. Since the change "Jindal" said the campaign is packing Long John Silver's to the brim.They love his policies. For example, Jindal is not just ignoring climate change, but he doesn't believe in science at all! He's the only candidate out there who is up front about zero science. Powerful. Wait until they hear about his thoughts on mass shootings.