Ben Carson, utterly clueless: 5 times he made a complete dunce of himself 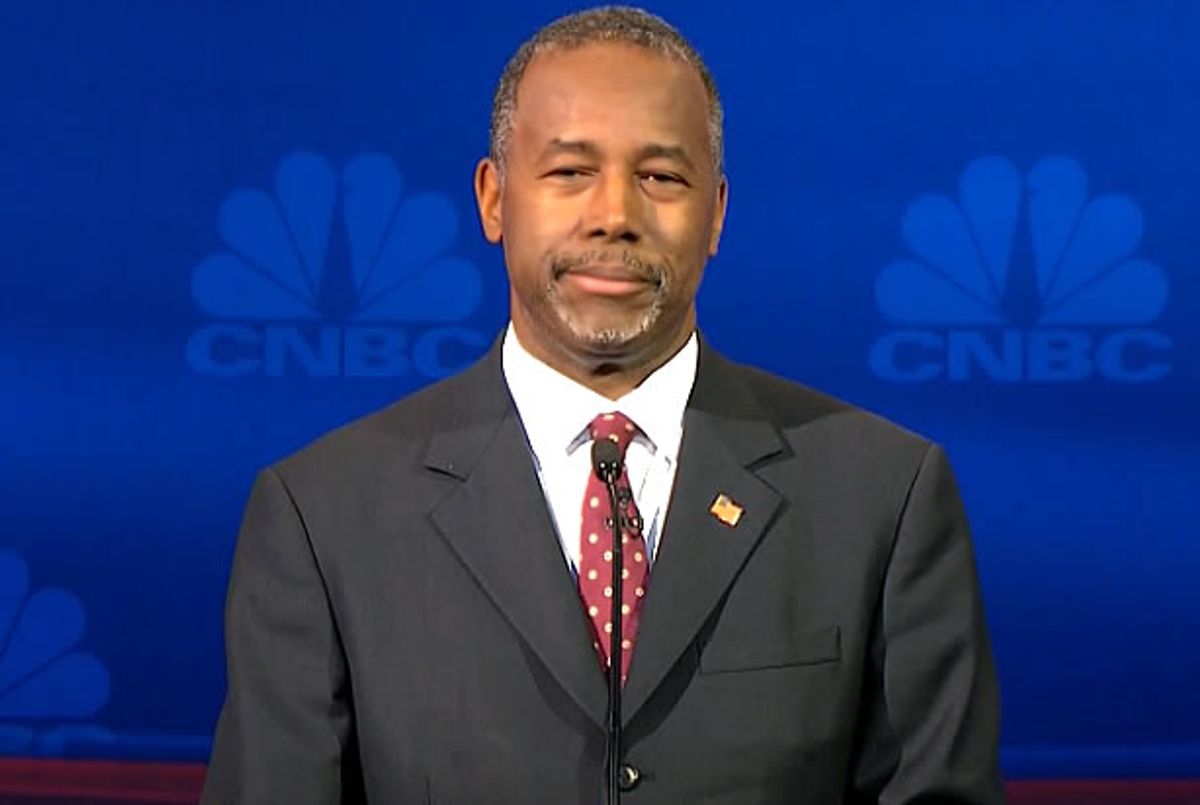 Retried neurosurgeon and current Republican presidential frontrunner Ben Carson is no stranger to controversy on the campaign trail. In fact, just this week, the Seventh-Day Adventist doubled-down on his belief that the Egyptian pyramids were erected to store rice.

While most of the wackiest things that come out of Carson's mouth aren't likely to be based in fact (think: Nazi gun control and Obamacare is worse than slavery), the political neophyte sometimes straight up admits he doesn't know what he is talking about:

In March, Carson ridiculously argued that "a lot of people who go into prison go into prison straight — and when they come out, they’re gay," and was forced to retract his statement, only to feign ignorance on the matter of sexual orientation all together.

"I’m a doctor trained in multiple fields of medicine, who was blessed to work at perhaps the finest institution of medical knowledge in the world. Some of our brightest minds have looked at this debate, and up until this point there have been no definitive studies that people are born into a specific sexuality."

During an interview with "Marketplace" last month, Carson was asked by host Kai Ryssdal if he would raise the debt limit or allow the U.S. to default on its debt. Carson's muddled non-answer made it painfully clear that he was confused about what the debt ceiling even is: (emphasis added)

Carson: Let me put it this way: if I were the president, I would not sign an increased budget. Absolutely would not do it. They would have to find a place to cut.

Ryssdal: To be clear, it's increasing the debt limit, not the budget, but I want to make sure I understand you. You'd let the United States default rather than raise the debt limit.

Carson: No, I would provide the kind of leadership that says, "Get on the stick guys, and stop messing around, and cut where you need to cut, because we're not raising any spending limits, period."

Ryssdal: I'm gonna try one more time, sir. This is debt that's already obligated. Would you not favor increasing the debt limit to pay the debts already incurred?

Carson: What I'm saying is what we have to do is restructure the way that we create debt. I mean if we continue along this, where does it stop? It never stops. You're always gonna ask the same question every year. And we're just gonna keep going down that pathway. That's one of the things I think that the people are tired of.

As you can see, Carson never got around to answering the question and apparently does not know the difference between the debt ceiling and the budget.

Later that month, Carson scrambled to backtrack on yet another controversial statement, telling the Daily Mail ahead of the CNBC debate that he was no longer sure that God created the Earth in six days.

"I believe that God created the earth," Carson reiterated before adding, "I don't know how old the Earth is."

"The Bible says 'In the beginning, God created the heaven and the earth,' and then there's a period there. So we don't know how long that period of time lasted," Carson insisted.

Scientists agree that the earth is 4.4 billion years old.

During last month's historic tropical storm Joaquin, initially projected to be the largest hurricane to make landfall in history, Carson had no clue how he would handle the natural disaster. The storm made landfall in Mexico but eventually brought torrential rainfall along the Southern United States.

"If you were in the White House what would you be doing right now with tropical storm Joaquin," ABC News asked Carson on the campiagn trail last month. "What would be your first step?"

This week, Carson, a registered Florida voter, seemed to brag about not caring about policies that impact local politics where he votes. During an interview with the Miami Herald, Carson was unable to articulate answers to questions about U.S.-Cuba policies:

He was candid about not being up to speed.

“You’re going to have to explain to me exactly what you mean by that,” Carson said, asked about wet-foot, dry-foot. “I have to admit that I don’t know a great deal about that, and I don’t really like to comment until I’ve had a chance to study the issue from both sides.”

On the Cuban Adjustment Act, he gave a similar response: “Again, I’ve not been briefed fully on what that is.

Now, in wake of the mounting scrutiny that comes with a surge to the top of the polls, Carson has been forced to defend his lack of political fluency in a new Facebook post.

"Are we sure political experience is what we need?" Carson asked his supporters, pointing to signers of the Declaration of Independence who were physicians.

"My experience is very different than what we have come to expect," Carson admitted. "I grew up poor. I know what it is like to be homeless and hungry. I know the pain of poverty."

"Once you peel back the skin, the brain is the same no matter what your skin color or continent you live on," Carson argued in defense of his lack of political experience:

Tonight, going through all of your questions, I wanted to touch on a few issues that seem to be asked by many people. ...