Such are the perils of truncating headlines on the Internet 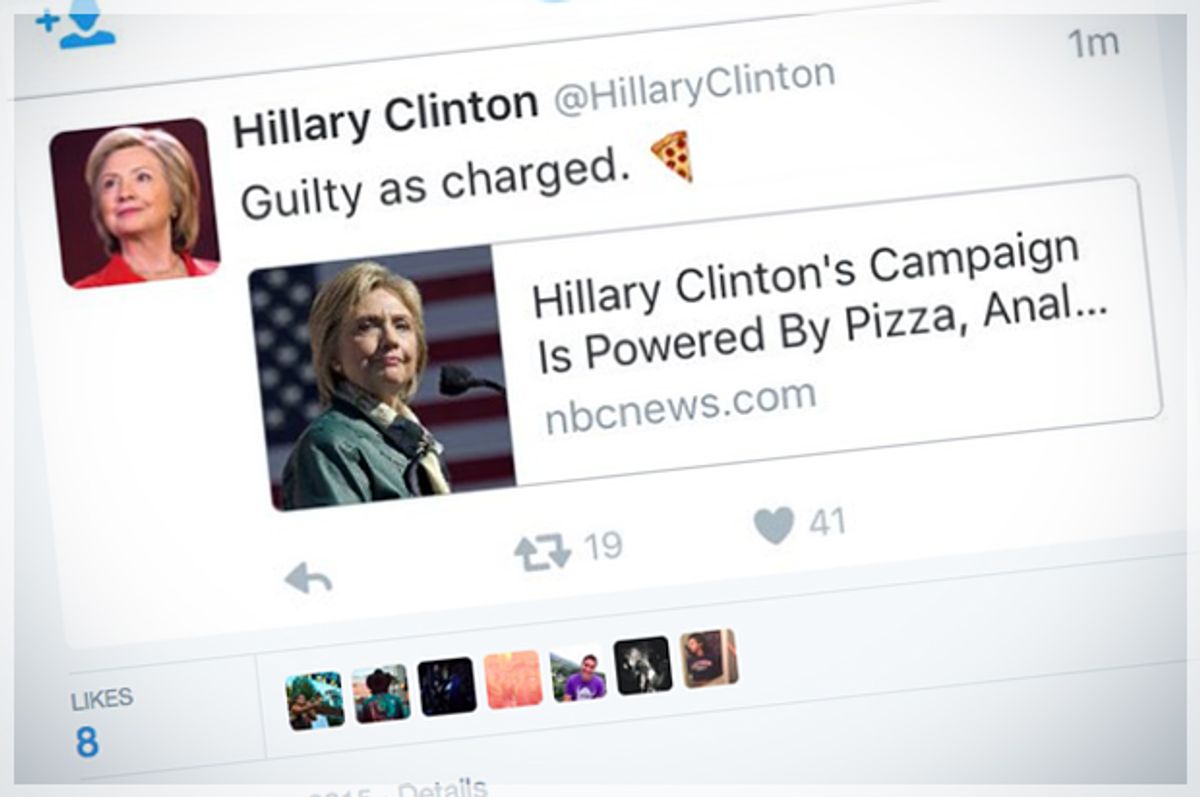 However, as BuzzFeed's Sarah Burton discovered, if you access Twitter via mobile, you could bear witness to one of the most unfortunate truncations imaginable:

Instead of running from the issue, as many candidates would, her digital communications manager Rob Flaherty chose to embrace it:

Neither her Democratic nor Republican opponents have ventured to communicate what is powering their campaigns, but we're sure statements are forthcoming.