Jennifer Lawrence found an easier solution to the gender pay gap with her new Amy Schumer collaboration: "There’s not really boys in it"

Lawrence and Schumer are keeping the focus on themselves, playing sisters in their new comedy 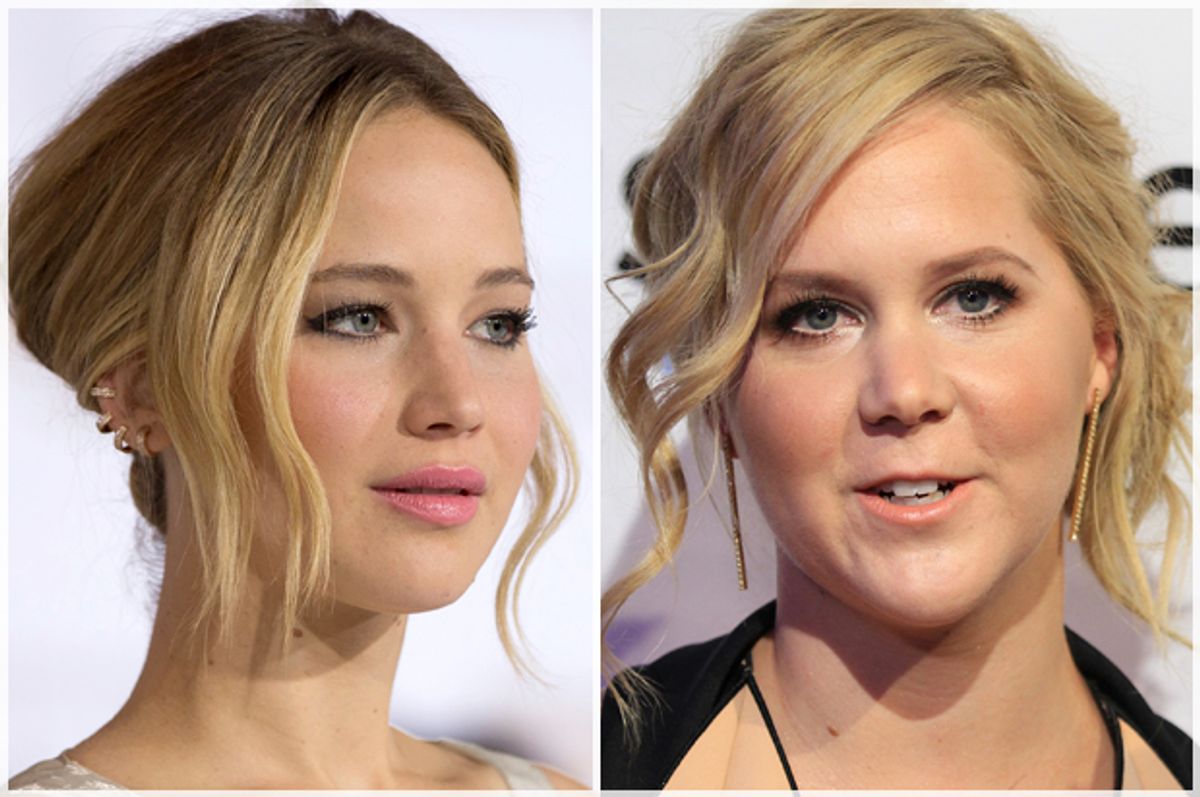 In a recent interview with Entertainment Tonight, Jennifer Lawrence revealed some more details about the feature-length comedy she is writing with her newfound celebrity BFF Amy Schumer, where the pair play sisters.

According to Lawrence, Schumer plays the type-A sister, while Lawrence is the wild one.

“Amy[’s character], in this movie, she has it very together,“ Lawrence revealed. “It’s her [character’s] lifelong dream to be a flight attendant. She works at the airport,” Lawrence explained. “And I’m a mess.”

Lawrence also expanded on the duo’s origin story — which began with Lawrence emailing Schumer after seeing “Trainwreck” this summer — and said that things all snowballed pretty quickly from there.

“I reached out and everything just happened so quickly,” Lawrence explained. “We both have very similar senses of humor, obviously, and aren’t afraid, which is a good and bad thing, because I don’t know what our movie will be rated. And we’re both very blunt. So we’ve gotten through a really strenuous process without ever fighting, because we’re both very straightforward.”

While “Trainwreck” received some criticism for devolving into a fairly traditional heteronormative rom-com in its second act, it sounds like the Schumer-Lawrence project might just be the testosterone-free girl-power team-up we've been hoping for.

Asked if there might be parts for her male “Hunger Games” co-stars, Lawrence responded: "No, no, no, no, no. There’s not really boys in it.”

In another interview with Extra, she clarified: “There’s not really a lot of [male characters] in the story. It’s mostly just me and Amy.”

Excellent. Although, should there be some cameo roles for fellow squad-members Chris Pratt and Aziz Ansari, we would not object.