"The problem," she said, "is that unless you say it just the way he wants you to say it, you get hit" 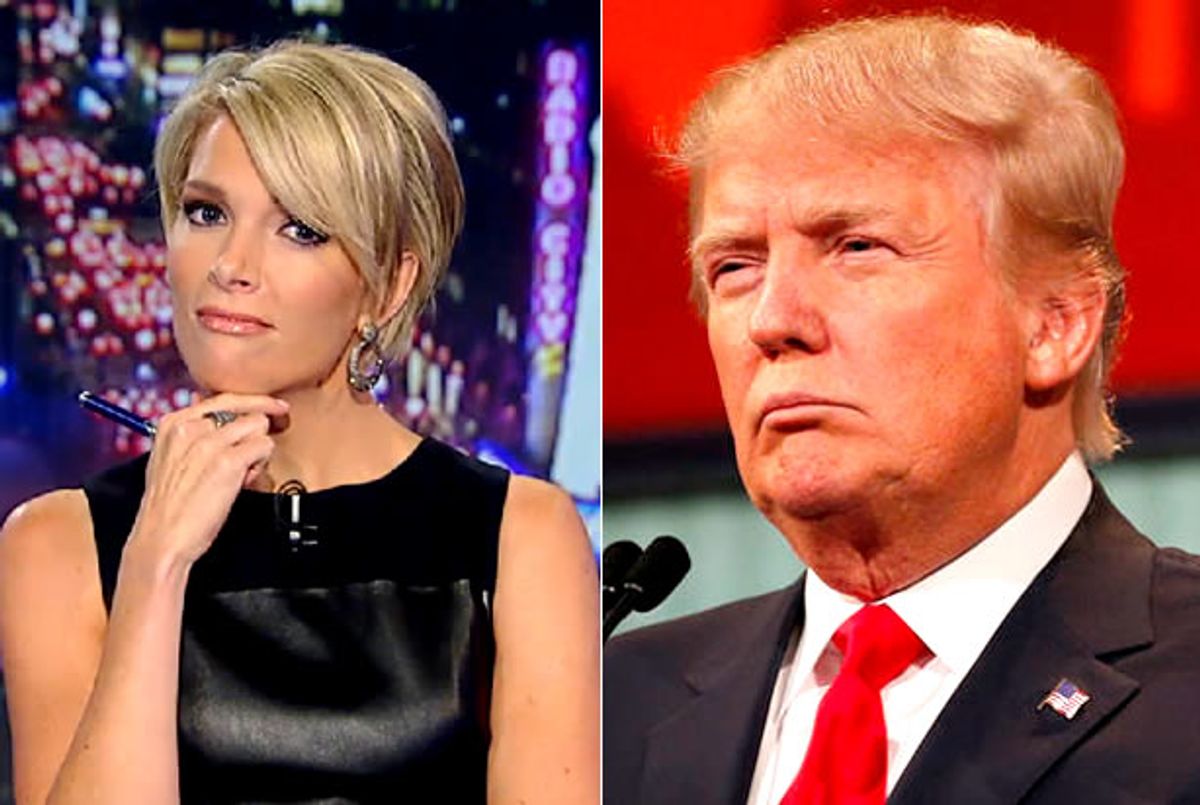 In an appearance on CNN's "New Day," Trump complained to Chris Cuomo that correspondent "Sarah Murray didn't report [his huge crowds] very well, because she never flips the camera to show the lines."

"I think she's absolutely terrible," he added. "Either she's a very unemotional person or she's not a very good reporter, one or the other."

"I don't know she's incompetent or doesn't like me or maybe she's given instructions from up above," Trump said. "There's gotta be an agenda someplace at CNN."

Kelly told guests Howie Kurtz and Dana Perino that she "doesn't know this reporter really well," but looked into her coverage of Trump and found that Murray regularly noted the size of the crowds in attendance at his events, even opening one story with "Donald Trump knows how to rally a crowd."

"The problem," Kelly added, "is that unless you say it just the way he wants you to say it, you get hit." It's just that "some networks give him an unfettered arena in which to assault the press, which helps with some voters who don't like reporters or the media."