The meaning of Matt Bevin: Why his victory undermines a major Democratic Party theory 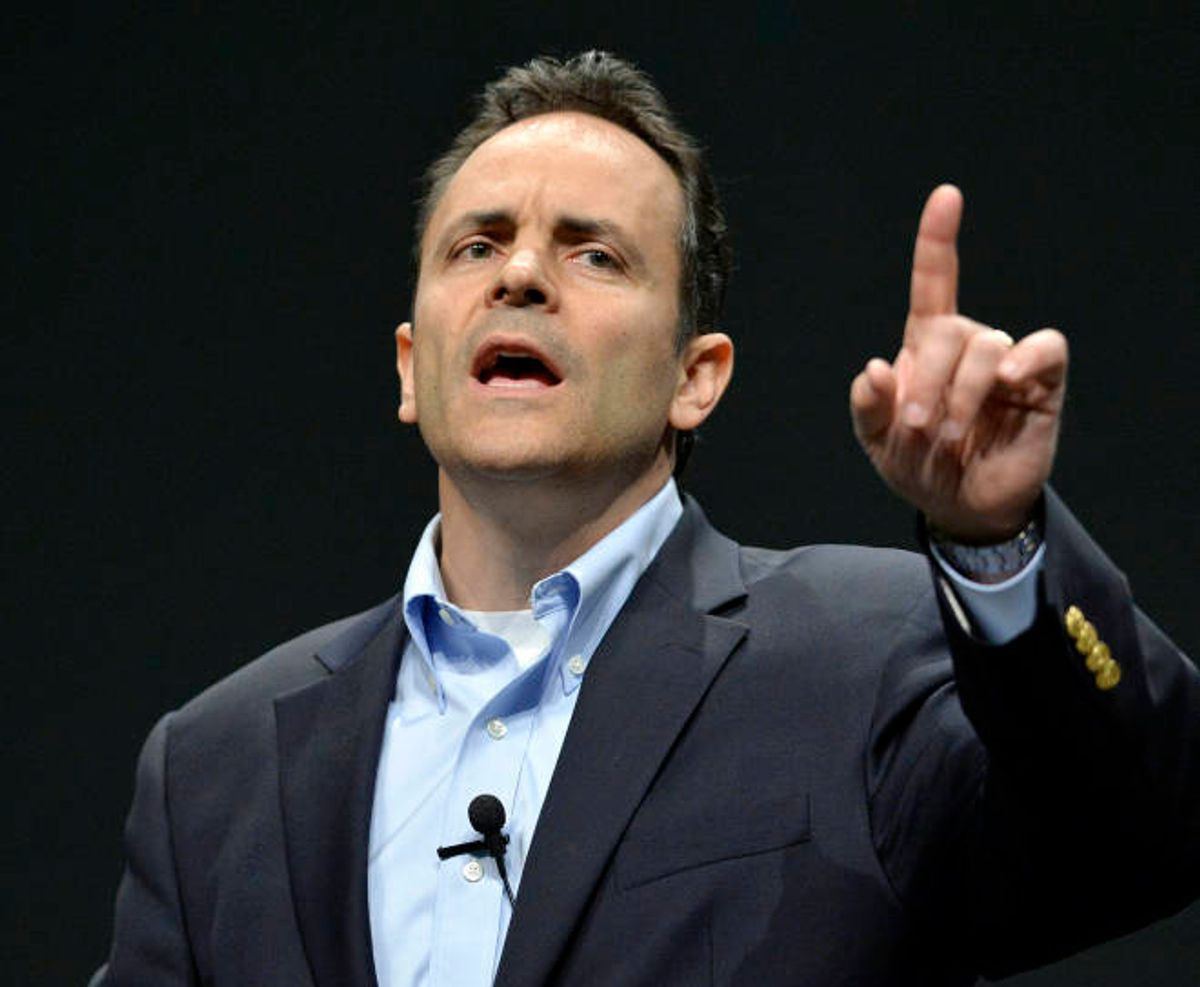 As my colleague Simon Maloy deftly explained yesterday, Matt Bevin’s Tuesday victory in Kentucky’s gubernatorial race is yet another sign that the Democratic Party is in trouble.

Sure, Bevin is better on the campaign trail than he was during his failed attempt to oust Sen. Mitch McConnell in 2014. But as a recent piece about the race in the Atlantic made clear, he still isn’t good. And while the voters of Kentucky are undoubtedly conservative, a look-over of Bevin’s political history reveals a man on the wrong side of the line separating “hyper-conservative” from “radical fringe.”

But he won, anyway. And despite what pre-election polls suggested, the outcome wasn’t even close.

This raises myriad questions for the Democratic Party, both in Kentucky and the nation as a whole. Most of those questions will center on the party’s get-out-the-vote apparatus, which increasingly seems to be useless for any election in which Barack Obama isn’t a candidate. In general, I chalk that up to the decline of organized labor. But Kentucky was never exactly Michigan. (In fact, the state is something of an outlier recently when it comes to the nation’s larger de-unionization trend.)

Regardless of unions’ strength, though, Democrats had hoped that policy successes would inspire their constituents to come out and vote. Specifically, they hoped that Bevin’s vow to dismantle the Affordable Care Act in Kentucky (as much as he can, that is) would inspire the hundreds of thousands of Kentuckians who’ve benefited to vote for its protection. By almost any metric, after all, Kynect — what they call the ACA in Kentucky — has been an inspirational success.

Democrats hoped voters would reward the party for successfully implementing such a major policy. But from today’s vantage, it’s painfully obvious that they didn’t. And that’s not just a problem in the Bluegrass State — it’s a problem for all Democrats. Because one of the foundational assumptions behind Kynect, the ACA, and much of the entire Democratic Party agenda is that good policy makes for good politics. In Kentucky, at least, it didn’t.

What does “good policy = good politics” mean? It basically means that an effective program can survive, even if it’s unpopular at the outset. Those who benefit, the theory goes, will eventually become a constituency (if they aren’t already) and will organize to preserve it. Think of Social Security or Medicare: They weren’t necessarily super-popular when they were first implemented, but once people started relying on them, they became the so-called third rail of American politics.

But as left-wing critics of the Democratic consensus have long argued, there’s a problem with analogizing the ACA and Social Security. One of the programs is universal — everyone puts in; everyone takes out — and the other isn’t. And this isn’t incidental. It’s the reason why so many Tea Party types will rail against “handouts” but cherish their Medicare. It’s because they believe they’re simply receiving what they’re owed (they aren’t) and that the benefits go to them instead of good-for-nothing moochers.

There are plenty of people in Kentucky right now who are better off because of the ACA. But many of them are beneficiaries of the law’s Medicaid expansion (which Bevin has promised to change, if not revoke) and thus lack political influence. And the rest? As far as many of them know, it’s not the ACA or “Obamacare” that they now rely on. It’s Kynect. And Bevin didn’t campaign against Kynect. He campaigned against Obamacare. Kentucky Democrats got the policy right, in other words; but it never paid political dividends.

In fairness, it’s too early to say the debate is over. If Bevin tries to make good on his promises and is greeted with a backlash, he may trim his sails or abandon the initiative. Still, it’s not like Democrats didn’t spend much of the campaign warning about Bevin’s plans for health care in Kentucky. They did — a lot. It didn’t make a difference.