The Spike Lee “Chi-raq” trap: For black directors, even a film trailer is an impossibly high-stakes release 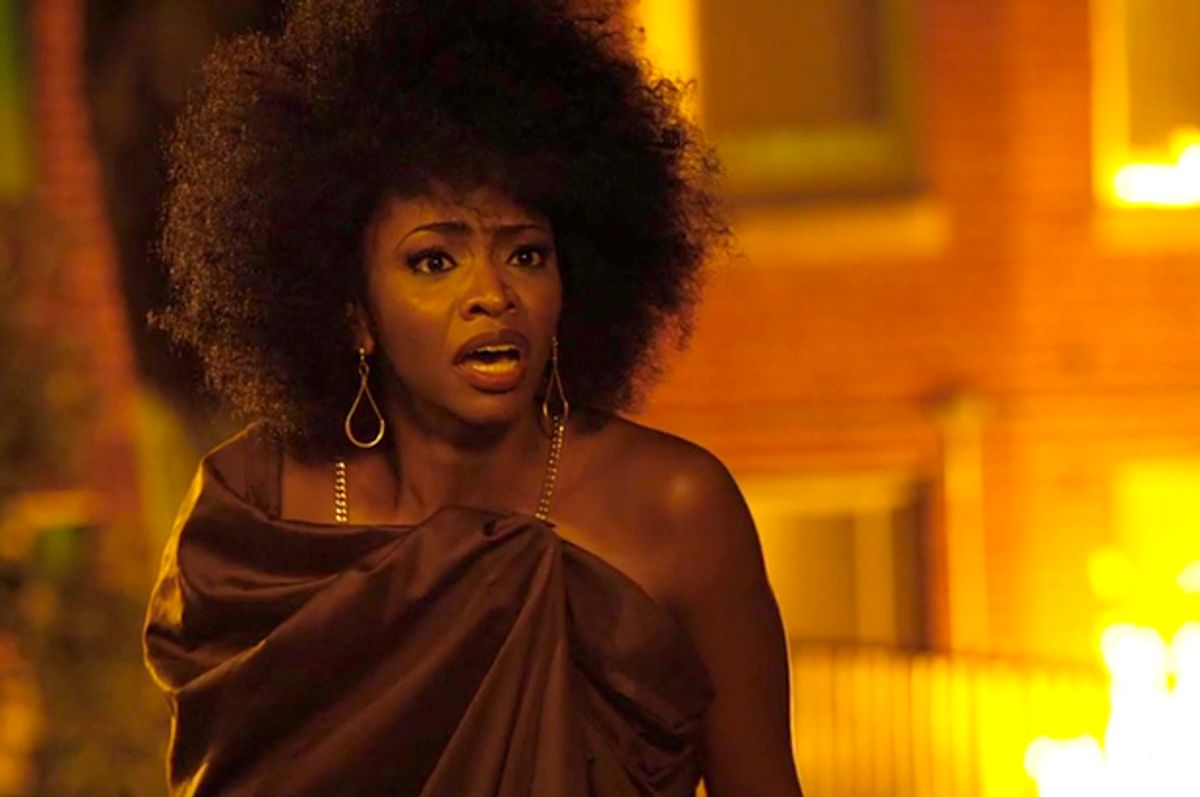 Many years ago, Dave Chappelle passed on some sound advice to his TV audience from his grandmother, who’d warned him, “Don't ever be the first black person to do anything,” because it’s always a terrible story. He proceeded to regale us with a "Profiles in Courage" sketch on the first black man to use a white restroom, the results of which were equal parts hilarious and disgusting.

Oddly enough, the same might be said about the fourth black person to achieve something noteworthy, or even the 100th. As long as black people are still—intentionally or otherwise—breaking down racial barriers, they are also going to be unfairly required to represent an entire group of people. Similarly, the people they are required to represent are also unfairly expected to support, admire and co-sign their representative (whether they appointed him/her or not). Things get even more complicated when the appointed representative deals specifically with issues concerning blacks, black culture, representation and other matters that seem to speak directly to this position as The Voice of Black America.

Spike Lee’s trailer for his forthcoming film was released yesterday, and has since been met with heavy criticism, much of which appeared on Twitter. “Chi-raq” is a modern-day retelling of the the Greek comedy “Lysistrata,” where women banded together and took vows to refuse their men any sexual contact until the Peloponnesian War ceased:

For many people, this particular exposition of gender roles—an exposition that originally took places in 411 BC—is beyond outdated and no longer useful. Why do we need yet another story where a woman (or an entire city of women) uses sexual prowess to control men? (And, for the record, this story already received the all-black cast treatment in the straight-to-DVD flick starring Trina, "A Miami Tale.") For others, the idea of a comedic or satirical approach to the violent realities of the city of Chicago are troubling.

But this critique—an understandable reaction, especially from those living in parts of Chicago inspired by the plot—might not take into account the long history of Spike Lee using various lenses to critique social issues. There’s “Good and Bad Hair” and other odd but iconic musical moments from his 1988 film “School Daze” and tap dancing minstrel show performers in “Bamboozled” (along with that militant rap group Mau Maus, led by Mos Def and—inexplicably—Charli Baltimore). His latest film “Da Sweet Blood of Jesus” was a vampire tale/love story. As Damon Young explained earlier today, the “Chi-raq” trailer looks a bit crazy because it’s supposed to—it is yet another Spike Lee joint. Like any other artist, sometimes that insanity works to the benefit of a project, and sometimes it doesn’t.

Unfortunately, Spike Lee does not have the privilege of being treated like any other artist. He is a black filmmaker, and the creator of past films that have in many ways spoken to the political and social ideologies of many black people. His work will never exist on its own, separate from the political climate or even from his own image. While this is also true for some white filmmakers, it’s true on some level for all black filmmakers — and any black person who tells any story with predominantly black characters will [often unnecessarily] be compared to him. “Dear White People" director Justin Simien, for clearly referencing Lee’s work in his debut, will likely be expected to follow in Lee’s footsteps throughout his career — without good reason. And although Ava DuVernay is very much her own director with her own vision, she will be read alongside Lee as well, like it or not. This is what happens when one black voice speaks for many. In a film world free of white supremacy, racism and sexism, this wouldn’t happen. And in such a world, expectations for “Chi-raq” would be very different.

If, for example, the “Chi-raq” trailer were one of many, many trailers we saw this year featuring an all-black cast, it wouldn’t matter at all that some of us weren’t impressed with this first look. If Lee's “Chi-raq” turned out to be an insensitive portrayal of the people of Chicago, it wouldn’t matter as much — if there were five other films by five other black directors coming out over the next few years telling a similar story. If the star of “Chi-raq,” Teyonah Parris (an incredible talent from “Mad Men,” “Survivor’s Remorse” and “Dear White People”), were being cast in a slew of exciting new projects, preparing to saturate the market with fascinating works as many of her white counterparts get the chance to do, a fan like me wouldn’t feel so pressed to see this particular film. If there were more well-known (or Hollywood-approved) black women directors making movies, and we knew some of them were also making movies about gun violence or sexual politics in black communities, we probably wouldn't put so much pressure on Lee's “Chi-raq.” We wouldn't demand that it be entertaining, interesting and nuanced in its representations of gender, partly because we’d have other projects to look forward to and other directors to, possibly, speak for us.

But pickings remain slim for black audiences looking for compelling stories and representation in the theaters. As a result, many of us are forced to develop some kind of immediate opinion or reaction for every film (or even first-look trailer) by a black filmmaker, because that’s what we’ve had to do: support “black film.” And when a black film comes out that you don’t want to support for whatever reason, something tugs at you, and you have to take to social media to explain why.

Years ago I walked home from a film screening in New York devastated because, after having the thrill of being assigned the latest Spike Lee Joint to review, it occurred to me that I was going to have to say bad things about “Red Hook Summer.” As far as I knew, I was the only black film critic at Paste Magazine, and, indeed, I felt that tug: You can't say bad things about Spike Lee's latest film as the sole black film critic at Paste. Then, like so many other blacks who remind themselves every day that they cannot carry such a burden, especially if they want to keep creating things, I shrugged that tug off and did my job.

And, of course, this tug isn't entirely specific to race. One of my favorite actors, Juliette Binoche, starred in a French film that promised to take on young sex workers and poverty in a new and enlightening way, but it didn't fulfill this promise. As a feminist, I wanted to applaud the film for its attempt, but instead I had to ignore that tug telling me to say nice things about this unique work, and do my job. That tug is not so much a reflection of me, but a reflection of a film world sorely lacking in varied stories. If there were more stories about sex workers, and they were told by women directors, I wouldn't have felt compelled to write a positive review for Malgoska Szumowska’s “Elles.”

In spite of what Twitter critics and others are saying, it’s too soon to speak on “Chi-raq.” Whether it works or not, whether Nick Cannon as a legitimate rapper is believable, and whether or not the story holds any authenticity remains to be seen. What we do know—and have always known—is that there cannot be one, single black voice that speaks for many, even if that voice belongs to The Spike Lee. In her acclaimed text “I Love Myself When I Am Laughing... And Then Again When I Am Looking Mean & Impressive,” Alice Walker writes, “I think we are better off if we think of Zora Neale Hurston as an artist, period—rather than as the artist/politician most black writers have been required to be.” It remains to be seen whether any black artist will ever be fully understood or embraced as an “artist, period.” We are, unfortunately, still celebrating far too many “firsts,” and there are still too many barriers to break down. In the meantime, we might start by putting fewer demands on our handful of black filmmakers (yes, even those who are also activists), and putting more demands on the industry that has complete control over the stories that get told, and the storytellers entrusted with those narratives.