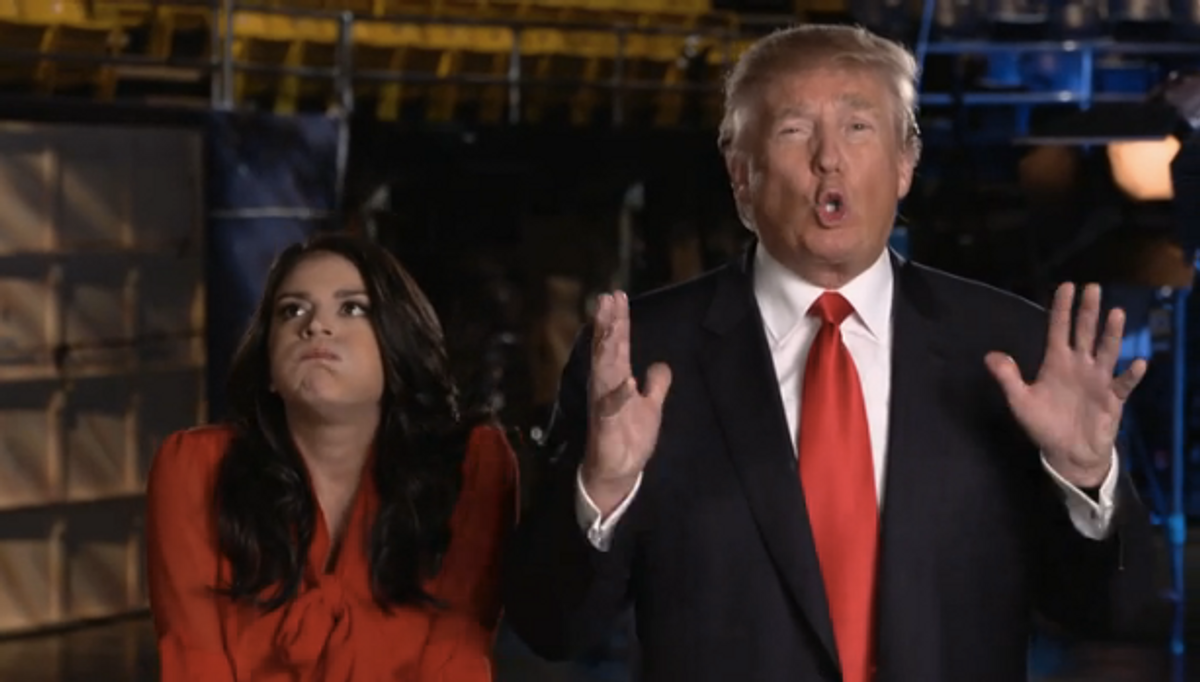 Donald Trump's "Saturday Night Live" hosting gig is already racking up the gaffes, and it isn't even the weekend yet.

On Wednesday, “Saturday Night Live” released a bunch of midweek promos for this weekend’s show, hosted by Donald Trump. While most of the promos are pretty tame and lighthearted, in one of the spots, cast-member Cecily Strong riffs that Trump can only speak for four seconds because of FCC regulations, after which Trump blurts out that Ben Carson is “a complete and total loser."

Shortly after the videos were rolled out, an “SNL” spokesperson told NBC’s Peter Alexander that a number of these promos were released by accident, including the Carson jab.

You can see the official promo reel, with the offending clip excised, below.