Thanks for nothing, Buddie: 4 reasons Ohio's marijuana legalization initiative failed

Signs seemed to point to a positive outcome for Ohio's pot campaign, so what went wrong? 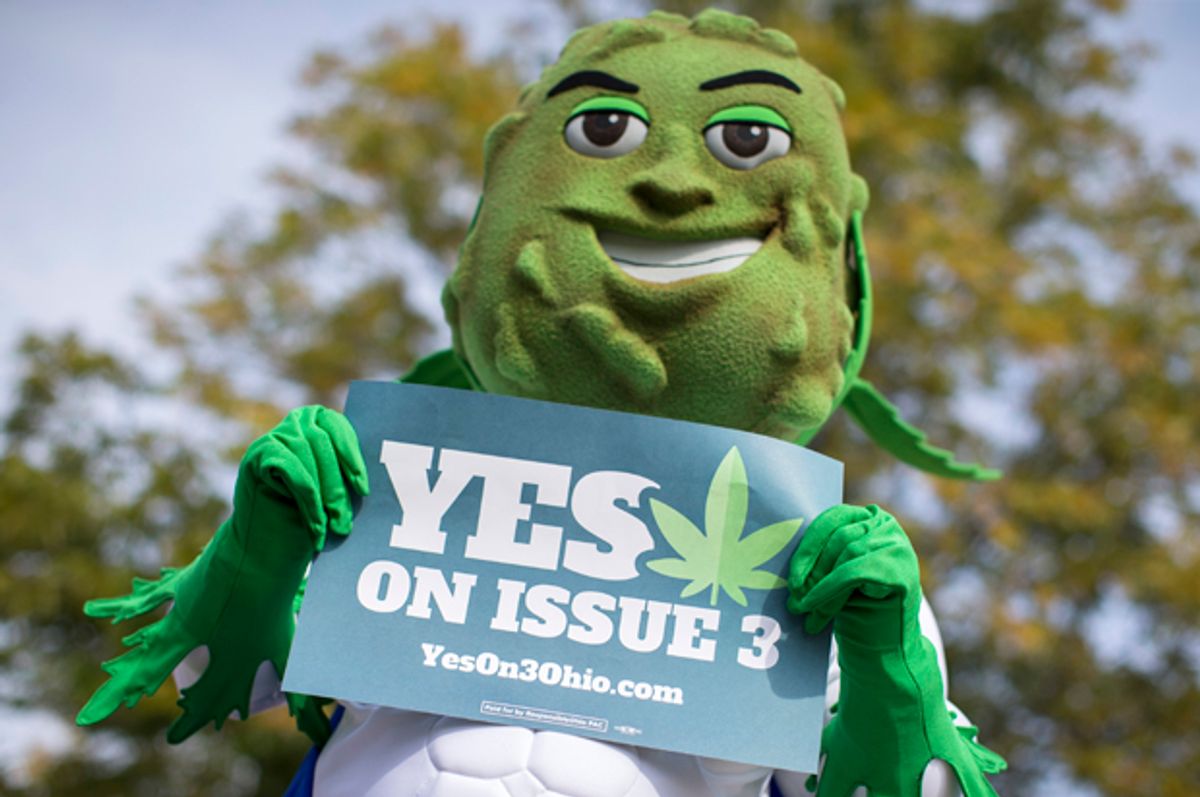 Issue 3, the ResponsibleOhio marijuana legalization initiative, was trounced at the polls Tuesday, losing by a 2-to-1 margin despite polling that showed a competitive race and a multimillion-dollar advertising campaign that went largely unanswered.

So what went wrong? It's pretty early to fully dissect voting patterns, but here are four contributing factors to the defeat:

1. It's a marijuana monopoly! The ResponsibleOhio initiative would have created a "monopoly" on commercial pot cultivation by allowing only 10 such grows and assigning them to people who invested in the campaign. It was an interesting initiative business model and worked well enough to actually make the ballot, which no other marijuana reform initiatives in the state have managed to do, but turned out to be self-defeating in the end. The model left the initiative open to charges of "crony capitalism" and creating a "legal marijuana cartel," and really stuck in the craw of even many Buckeye legalization supporters, some of whom publicly and virulently opposed it.

2. The political establishment opposed it. That's not unusual for marijuana legalization initiatives, at least so far, but in Ohio this year, the opposition took the form of a competing ballot initiative, Issue 2, which was aimed directly at Issue 3. That initiative, sponsored by a Democrat but advanced by the Republican-controlled legislature, explicitly prevented a "monopoly, oligopoly, or cartel" from being embedded in the state constitution and won with nearly 52 percent of the vote. That opposition morphed into Ohioans Against Marijuana Monopolies, the leading group fighting Issue 3. The presence of Issue 2 on the ballot also threatened to undo Issue 3 even if it had passed, since proponents argued that because it would go into effect immediately, it would predate and thus supersede Issue 3. Both the rock-solid establishment opposition and the ambiguity caused by Issue 2 helped kill legal pot this year.

3. Buddie the mascot didn't help. ResponsibleOhio designed the bud-headed superhero to appeal to college students, but Buddie went over like a bong full of vinegar. The pickle-like mascot drew repeated comparisons to Joe Camel, opening the campaign to accusations it was trying to soften up the kiddie market. While it seemed that many of those offended by Buddie were just looking for another reason to oppose the initiative, even members of the marijuana industry criticized the campaign for its "irresponsible mascot."

4. It was an off-year election. Seasoned political operatives like ResponsibleOhio executive director Ian James should know better. James argued for this year, saying it would be less expensive than an even-year election and that the off-year would guarantee the issue would not get drowned out by other campaigns and issues. But off-year elections have lower turnout and voters "tend to be older and more Republican than the eligible electorate," warned an October Kent State University poll that reported 56 percent support for Issue 3. Another October poll, from Bowling Green University, only polled "likely" voters, and that poll had Issue 3 at 44 percent. It ended up getting 35 percent. It's too early to know the voting demographics, but what is clear is that only 42.4 percent of the electorate voted this week, compared to the nearly 67 percent who voted in the 2012 general election. That's a 2-million vote difference. If you want to actually win a marijuana legalization initiative, stick to presidential election years.