The announcement signals a humiliating comedown for Christie and Huckabee 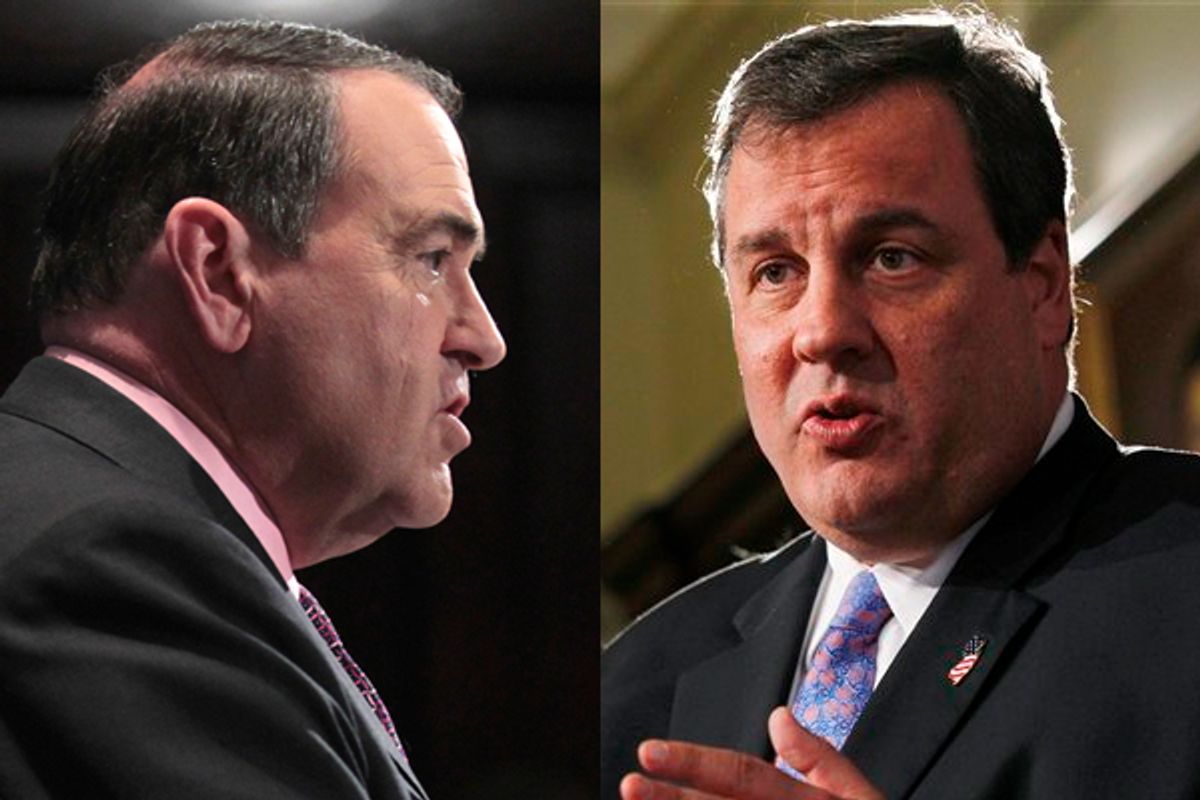 Fox Business Network announced the lineup for its November 10 Republican presidential debate on Thursday evening, and the announcement brought humiliating news for Chris Christie and Mike Huckabee, who've been kicked off the main debate stage and will be relegated to the so-called undercard debate prior to the main event.

The two candidates, both of whom have been on the main stage for the first three presidential debates, failed to average 2.5 percent support in four recent national polls, and will now debate fellow long-shots Rick Santorum and Bobby Jindal during the 6 p.m. undercard debate in Milwaukee.

Though Huckabee has long been considered a long-shot in his second presidential bid, Christie's failure to clear Fox's main-stage threshold is the latest indicator of his dramatic comedown. Once a leading GOP contender, he has slipped in national and early-state polls amid questions about his role in the Bridgegate scandal and conservative skepticism about his record.

But Thursday night's news comes as allies hoped that a viral video of Christie discussing drug addiction would lead voters to give him a second look, and just days after a New Hampshire poll showed him climbing to 8 percent support, one point ahead of erstwhile frontrunner Bush.

Christie quickly downplayed the news of his demotion this evening, using the occasion to promote the video in which he discusses drug addiction and treatment: