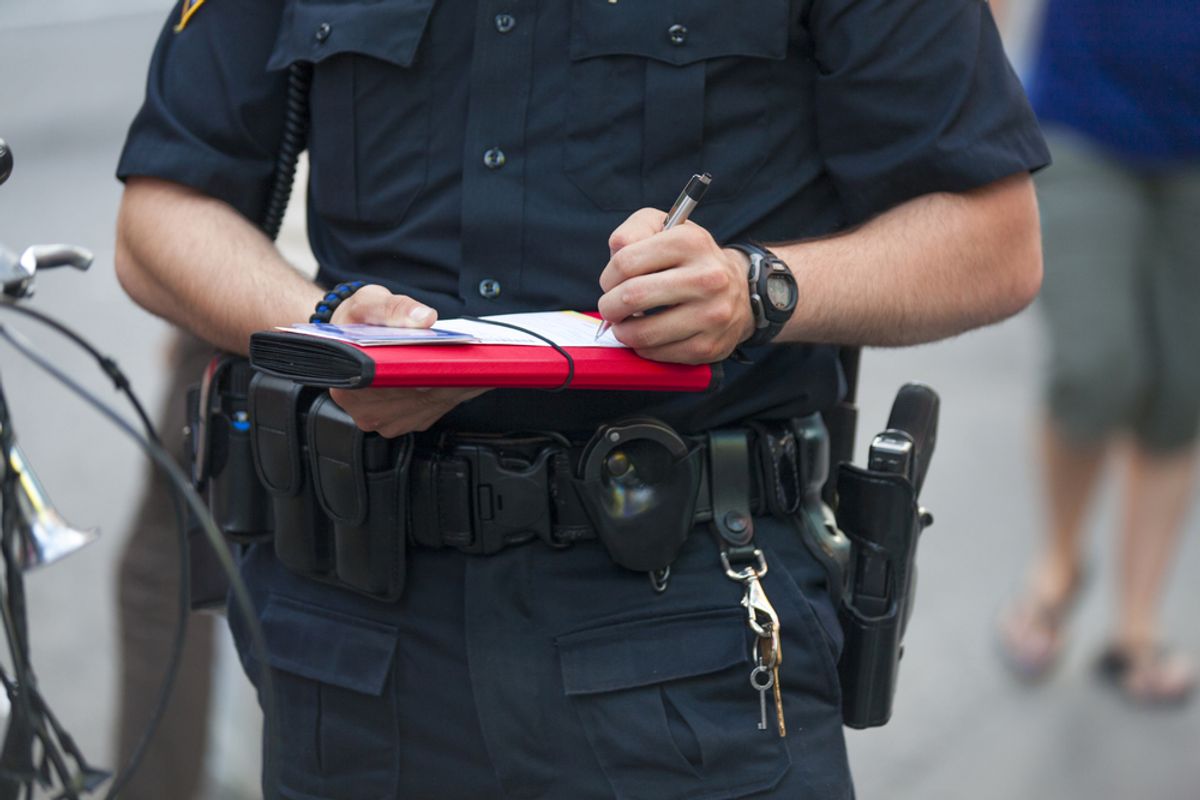 After spending a year investigating cases of sexual misconduct by U.S. law enforcement, the Associated Press uncovered about 1,000 officers who lost their badges between 2009 and 2014 for wrongdoings ranging from rape and sodomy to sexual assault and possession of child pornography.

The report opens with the story of a 50-something daycare worker who was heading home after an evening of playing dominoes with friends. The woman, who was pulled over by an Oklahoma City officer for “erratic driving,” would later tell a judge that the officer made her lift up her shirt and pull down her pants to prove she wasn’t hiding anything. Afterward, he shined his flashlight between her legs and ordered her to sit in the squad car as he unzipped his fly and exposed himself, saying, “Come on, I don’t have all night.”

Because it only covers officers whose licenses to work in law enforcement had been revoked, the AP suspects its estimate is actually on the low side. California and New York, for example, do not have statewide standards for stripping bad officers of their badges. Nine states and the District of Columbia said they either did not decertify officers for such offenses or declined to provide information. Taking information from the 41 states that did, the AP was able to identify 550 officers who were decertified for sexual assault and 440 officers who lost their badges for other sex offenses, such as sexting juveniles and possessing child pornography. Around one-third of the officers decertified were accused of incidents involving juveniles. Only some faced criminal charges.

According to the report, “Victims included unsuspecting motorists, schoolchildren ordered to raise their shirts in a supposed search for drugs, police interns taken advantage of, women with legal troubles who succumbed to performing sex acts for promised help, and prison inmates forced to have sex with guards.”

Chief Bernadette DiPino of the Sarasota Police Department in Florida said, "It's happening probably in every law enforcement agency across the country."

"It's so underreported and people are scared that if they call and complain about a police officer, they think every other police officer is going to be then out to get them."

Both lawyers and police chiefs admitted to the AP that some departments choose not to report incidents of sexual misconduct to limit liability. Instead, they allow the officers to quietly resign, keep their certification and sometimes move into other jobs. Victims, who may be young, poor and struggling with addiction, are often reluctant to come forward.

The move to investigate sex offenses by officers was introduced during an annual meeting back in 2007. A federally funded task force was assembled after nearly all 70 police chiefs in attendance raised their hands when asked if they had dealt with an officer “accused of sexual misdeeds.”

Sheriff Russell Martin in Delaware County, Ohio, who served on an International Association of Chiefs of Police committee on sex misconduct, says the best way to prevent such incidents is to extensively screen applicants. John Firman, research director of IACP, says departments should also look into hiring more women and minorities. "What you want is a culture that's dominated by a bunch of people that reflect the community," he said.

But Penny Harrington, a former police chief in Portland, Oregon, who co-founded the National Center for Women in Policing, emphasizes how hard it is for victims to take some of these insiders down.