Bernie Sanders is history's champion: Inside the centuries-long battle between inequality & democracy

The dire effects of inequality are nothing new. A look back in time illustrates why this fight is so important now 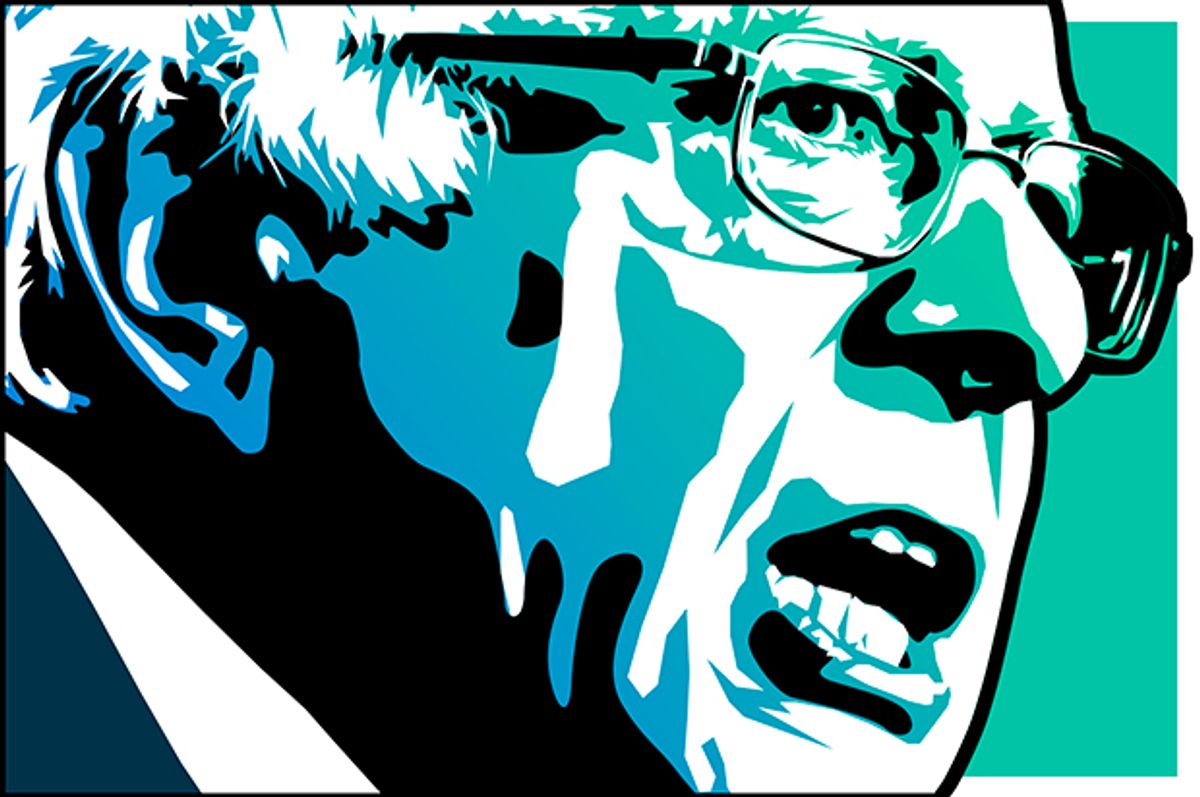 Why does economic inequality matter? This is a question that many on the right continue to ask as inequality continues to soar. While Sen. Bernie Sanders, I-Vt., has made a campaign out of denouncing the grotesque levels of income and wealth inequality in America, hardly a peep has been heard from Republican candidates on the issue. And when the issue does come up on the right, it is usually to defend inequality by saying things like, “the fundamental producer of income inequality is freedom” (a declaration from George Will in a didactic piece last month), or that the American poor are the “envy of the world,” which America’s richest congressman, Darrell Issa, R-Calif., said earlier this year.

Of course, economic inequality is hardly a new phenomenon, and neither is the apologia that comes along with it. In the United States, this debate goes all the way back to its founding, before the country became industrialized -- which would create immense wealth concentration among a few industrialists. Among the founding fathers, wealth inequality was mostly a concern because of the instabilities that came along with it (as well as the inevitable political inequalities).

As with most things, Thomas Jefferson and Alexander Hamilton had different views on inequality, partly because Jefferson believed in a romantic agrarian society, while Hamilton was at the forefront of America’s industrialization. Even though Hamilton was outspokenly anti-democratic, he saw the dangers of great concentration of wealth, and believed a strong middle class was “needed to become energetic customers of businesses in the entire economy.” Jefferson, on the other hand, believed in widespread ownership of land, so that each person could have the “property of his labor.” (Jefferson’s view of property was greatly influenced by the Lockean theory that property comes from one’s exertion of labor on natural resources.) While in France, he wrote to James Madison:

“I am conscious that an equal division of property is impracticable. But the consequences of this enormous inequality producing so much misery to the bulk of mankind, legislators cannot invent too many devices for subdividing property, only taking care to let their subdivisions go hand in hand with the natural affections of the human mind. The descent of property of every kind therefore to all the children, or to all the brothers and sisters, or other relations in equal degree is a politic measure, and practicable one.”

While Jefferson’s view of property was a product of his time (preceding industrialization), his view of economic inequality remains important when considering what kind of balance between liberalism and democracy the founders had in mind. The consensus among the founders seemed to have been that the larger the inequality in property, the greater the threat to the Republic and liberty itself. John Adams advocated the “distribution of public lands to the landless to create broad-based ownership of property,” while in 1792, Congress passed a law subsidizing the cod fishing industry, giving five-eighths of the subsidy to the fisherman and the remainder to the ship owners -- but only if the owners shared profits. (If Fox News had been around in those days, they’d have probably labeled the founding fathers job-killing socialists).

Even the father of classical economics, whose invisible hand is promoted by all free marketeers of today as an ultimate truth, spoke out against economic inequality in "The Wealth of Nations":

“Servants, laborers, and workmen of different kinds, make up the far greater part of every great political society. But what improves the circumstances of the greater part can never be regarded as an inconvenience to the whole. No society can surely be flourishing and happy, of which the far greater part of the members are poor and miserable. It is but equity, besides, that they who feed, clothe, and lodge the whole body of people, should have such a share of the produce of their own labor as to be themselves tolerably well fed, clothed, and lodged.”

In a post-Citizens United America, the vast economic inequality of today directly challenges political equality (the American political tradition has historically considered economic and political inequalities to be intertwined). It is clear that those with higher incomes and levels of wealth, who can afford to donate large sums to political campaigns and hire lobbyists to further their interests in Washington, have much more political power than the majority of people who do not have money to throw around. Studies have found that in the United States, where inequality is among the highest in the developed world, “political institutions and public policy are indeed most heavily influenced by the policy preferences of the wealthiest segments of the citizenry, while middle and low income citizens have virtually no impact on politics.”

While voter suppression of poorer Americans and minorities is becoming increasingly common around the country, in theory, every citizen is supposed to have equal political power (with their vote), and elected officials are supposed to represent the majority. But this is clearly not the case. In a government where representatives rely on large donations to run political campaigns, political power will inevitably be disproportionately held by the wealthiest.

Not only does inequality and its close relative of poverty create political inequality and social instability, but economic instability. It should not be taken as a coincidence that the two biggest economic crises of the past hundred years occurred during the greatest periods of inequality. As Thomas Piketty writes in his acclaimed book on inequality, "Capital in the Twenty-first Century":

“In my view, there is absolutely no doubt that the increase of inequality in the United States contributed to the nation’s financial instability. The reason is simple: one consequence of increasing inequality was virtual stagnation of the purchasing power of the lower and middle classes in the United States, which inevitably made it more likely that modest households would take on debt, especially since unscrupulous banks and financial intermediaries, freed from regulation and eager to earn good yields on the enormous saving injected into the system by the well-to-do, offered credit on increasingly good terms.”

Most of those on the right shrug off income and wealth inequality as a natural result of varying innate abilities -- the capitalist apologist Herbert Spencer popularized this notion when he transferred Darwin’s theory of biological evolution into the social realm, with his famous saying, “survival of the fittest.” All humans obviously differ in aptitude and attitude, but this idea that all inequalities of today simply come from innate differences is hilariously ahistorical, and it completely ignores the economic institutions of today. In our globalized world of capitalism, where massive corporations have immeasurable power on governments and the ownership of property and capital (productive and intellectual) tend to determine one’s wealth, this notion is rather old-fashioned. Indeed, it had more truth to it in the preindustrial time of Thomas Jefferson, when individuals toiled on their land (many, albeit, with slave labor) and artisans individually crafted products or provided services. It is as if those on the right, particularly libertarians, believe in a kind of lemonade-stand capitalism, where every individual is economically autonomous -- which is obviously not the case.

Sen. Sanders has put the excessive inequalities that have grown rapidly over the past 40 years at the forefront of the 2016 election, and the debate over inequality will only become more contentious in the coming year. Sanders (and Clinton, to a degree) has been very vocal about how inequality has corrupted American democracy, and this has created a growing movement among the discontent (particularly the young) -- but it would be even more effective if he discussed the other practical problems that economic inequality inevitably causes. Social and economic stability was the main concern of the founding fathers and the progressives and New Dealers who came after them. Today, challenging the inequality that has grown is not only a question of fairness and democracy, but a practical question of social cohesion.