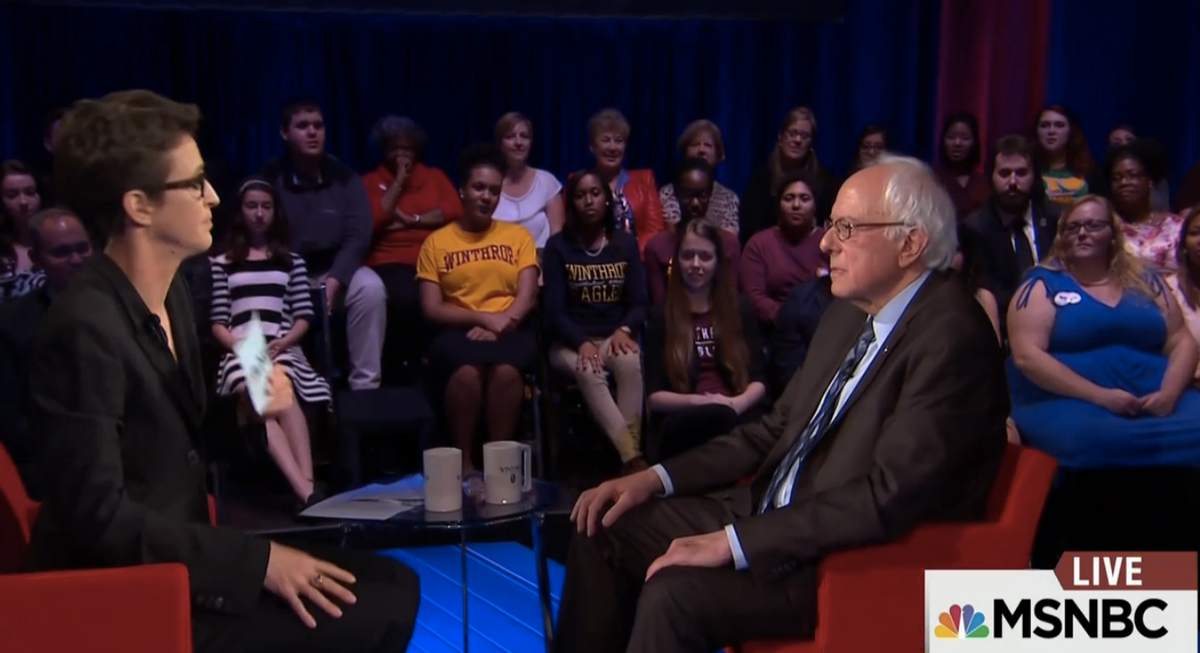 It has been a rough couple weeks for Bernie Sanders as Hillary Clinton found her footing and re-established herself as the Democratic front-runner after impressive performances in the first Democratic debate and before a House panel investigating Benghazi.

But at an MSNBC forum in South Carolina last night, answering a speed round of quick questions from Rachel Maddow, Sanders might have had his best moment in some time -- he's charming, funny, self-aware, and gets in some great digs at the mainstream media.

Watch below, as Maddow -- as she jokes -- tries to get Sanders to hate her as much as he does the rest pf the press.