An enthused Jeb! told the Huffington Post "You gotta step up, man" 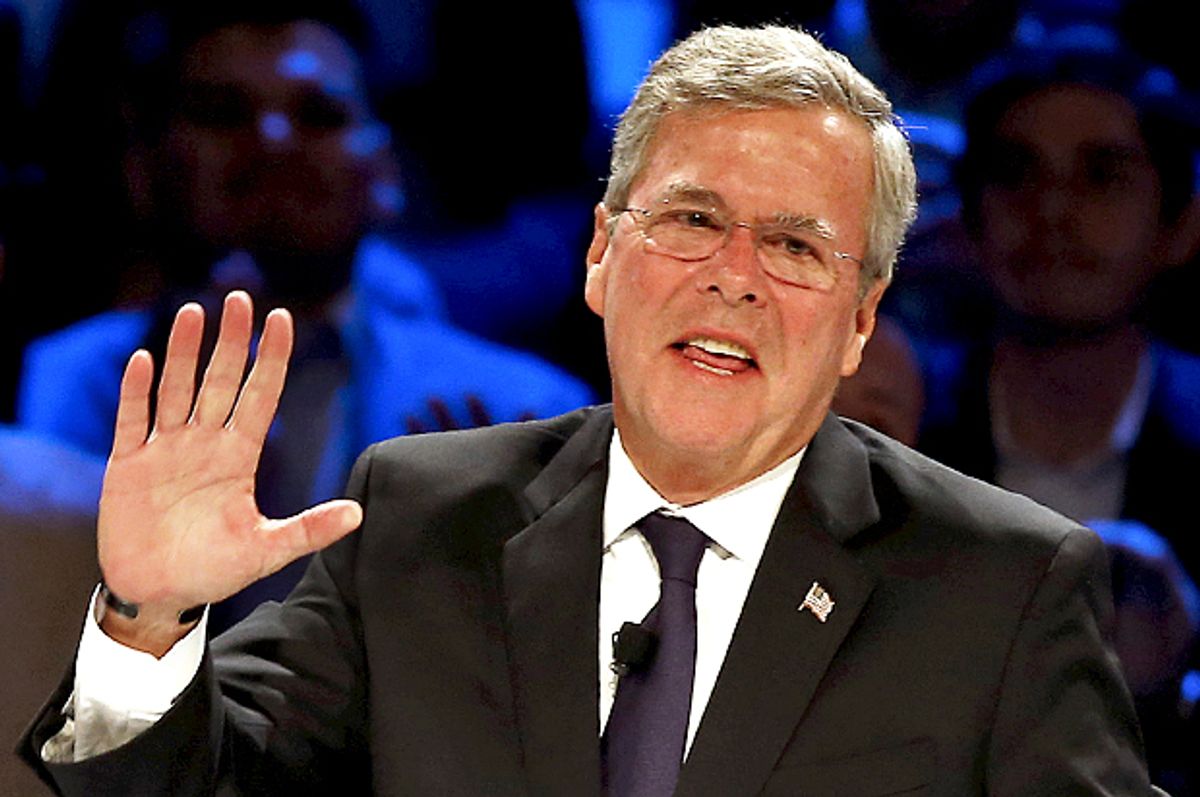 Much has been made of Jeb Bush, a candidate who last ran for office in 2002, struggling to connect with an electorate stratified by fast moving and diffuse media coverage, but lately, Jeb's attempts to talk pop culture have just served as comedic fodder.

There was his creepy "Super Girl" remark that the young actress "looks pretty hot."

His attempt to reboot his faltering campaign by releasing a book of over 700 emails he sent while governor of Florida back in the early 2000s went about as well as you'd expect.

Vic Berger IV has become a Vine superstar artistically mocking Jeb's most awkward moments on film -- and he's got plenty of material.

And now eager to promote "Reply All," his aforementioned thrilling book of emails, Jeb has finally gotten in on a weeks old Twitter meme about the hypothetical fate of baby Hitler.

Back in October, the New York Times Magazine trolled the internet on a quiet Friday afternoon when it polled its readers on whether or not they would go back and kill Hitler as a baby.

For some reason, when asked about his most interesting email today, Jeb joked with the Huffington Post that first he'd have to sift through to find an example that was not "x-rated" before gleefully sharing his thoughts on baby Hitler.

“Hell yeah, I would!” Jeb declared when asked if he would, in fact, travel back in time to kill baby Hitler. “You gotta step up, man.”

Needless to say, Twitter users were quick to jump on a throwback trending topic and mock Jeb all the while:

One user clearly understood what Jeb meant when he warned "it could have a dangerous effect on everything else, but I’d do it -- I mean, Hitler”:

Even Jeb! got in on the joke: