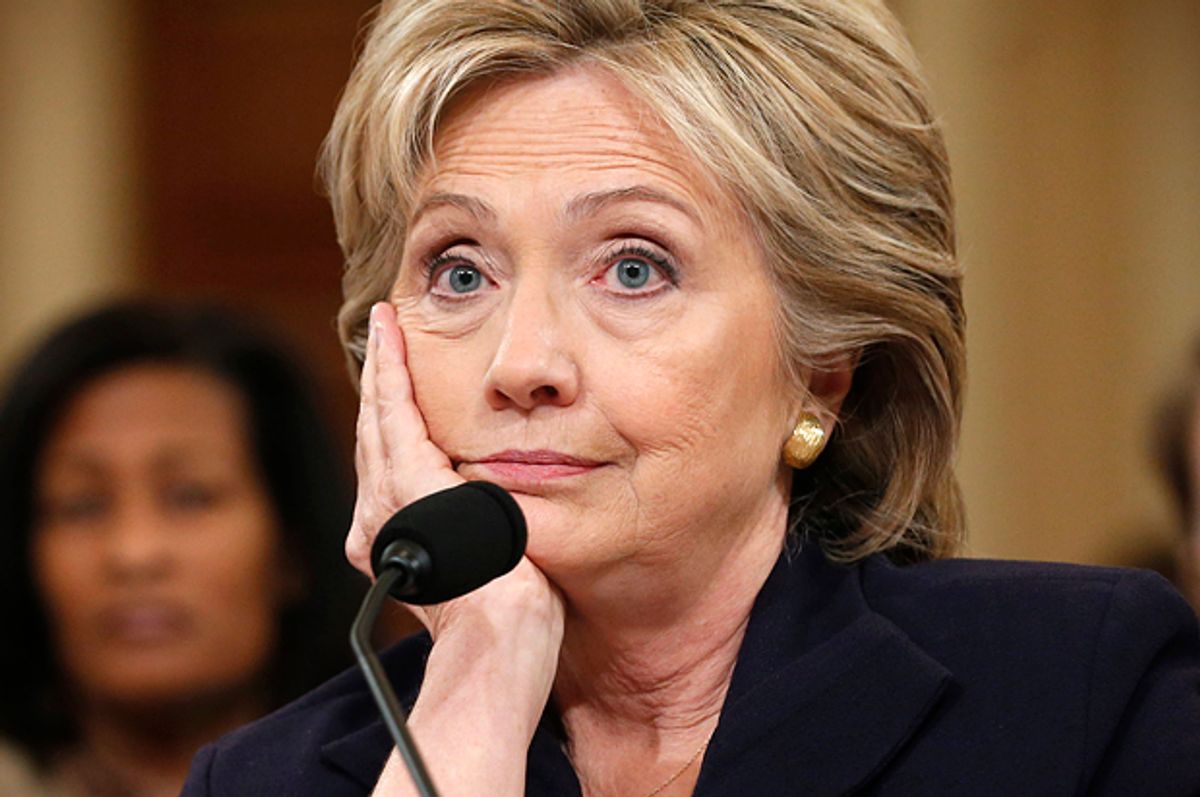 If you're planning on watching the GOP debate tonight, you probably won't want to do it sober. So we've got a drinking game for you to play while you watch: drink each time a Republican candidate mentions Hillary Clinton.

If the last three debates are any indication of how tonight's will go, you'll probably be drinking a lot. What's your guess on what the total number will be?

Check out this super funny supercut of the Republican candidates tirelessly mentioning the Democratic frontrunner's name: