Quit with the "PC" hysteria: College kids are not trying to steal your freedom of speech

Well, that didn't take long: The Missouri protests kick off another round of hysteria over "political correctness" 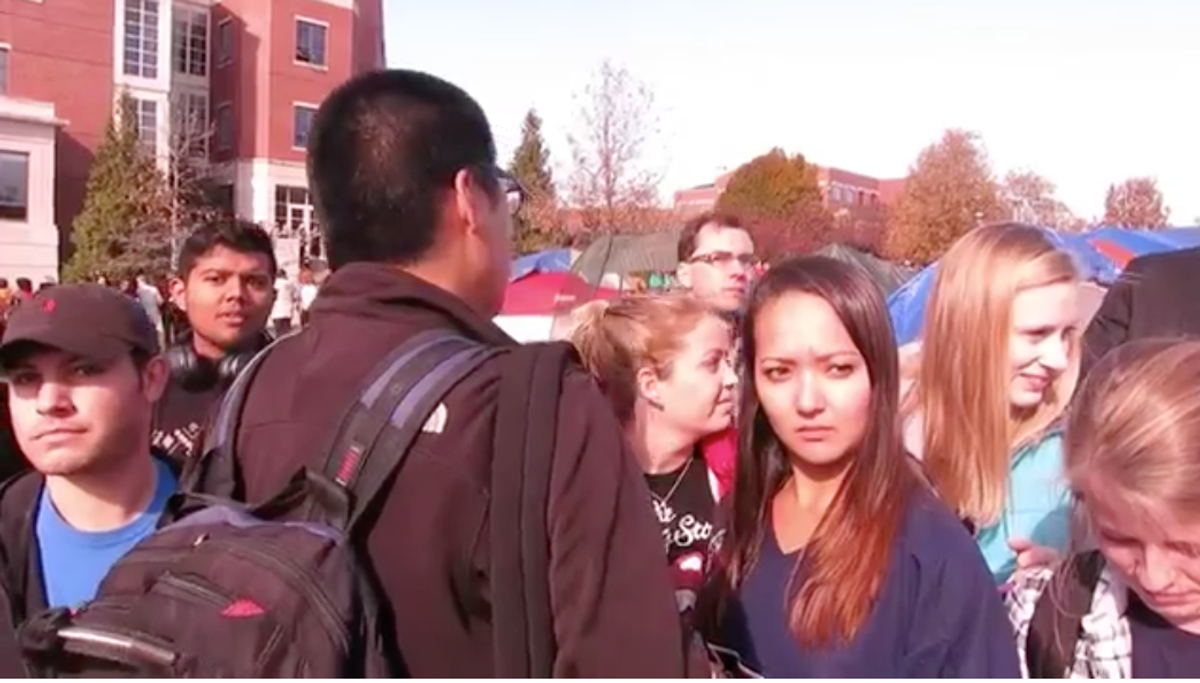 Jonathan Chait, mighty warrior against the exaggerated threat of "political correctness", is at it again, this time quivering in fear at the sight of the University of Missouri protesters. In his piece on the protests in Columbia, Chait briefly admits that the protesters have legitimate grievances before moving on to his real concern: The grave threat these protesters present to freedom itself because they won't talk to reporters.

How can a bunch of people who are actively using their freedom of speech be such a threat to freedom that Chait feels the noose of censorship tightening around his neck? The protesters yelled at and physically blocked a photographer and other reporters from entering their protest encampment. At one point, a professor named Melissa Click got involved, asking students to use their bodies to block a photographer.

The whole escapade was unpleasant and ill-advised. Pissing off reporters is bad form for protesters. Click in particular is setting a bad example for her students.

But it's time for those who were annoyed by this to calm the hell down.  The whole incident is hardly some kind of shutdown of free speech. No writer is actually being barred from expressing an opinion about the protests. Freedom of speech also includes the protesters' freedom not to speak---to reporters or anyone. Considering how many youth-hostile writers like Chait are licking their lips, eager to write yet another story on you the youth of today are all terrible compared to their supposedly noble elders, you can sort of see why young people don't want to talk to reporters.

Chait, who has repeatedly written with great scorn about the rhetorical excesses of the college crowd, doesn't hold back from hair-curling hyperbole of his own. This unwillingness to talk to reporters is evidence, he argues, of the cancer that is "political correctness", which "denies the legitimacy of political pluralism on issues of race and gender" and that seeks to "impose its political hegemony upon others" and is "incompatible with liberalism".

"It’s that the ideology itself prioritizes class justice over individual rights and makes no allowance for legitimate disagreement," he warns, in case you aren't pissing your pants in fear enough. Indeed, students who commit the ill-defined (but rest assured, Chait will tell you what it is when he sees it) sin of political correctness express "incredulity at the idea of political democracy".

"The reason every Marxist government in the history of the world turned massively repressive is not because they all had the misfortune of being hijacked by murderous thugs," Chait intones darkly. Quick, someone get Ben Carson in here with his Nazi metaphors, to complete the lurid and frightening picture.

That's the power of the term "political correctness". It allows people like Chait to argue that students who are organizing protests, standing up to authority figures they disagree with, and demanding a voice in the governance of their own universities are somehow anti-democracy and anti-free speech. It's a great weapon for those who want to tell kids to sit down, shut up and do as they're told that it's all in the name of "freedom". Nice trick, there.

Do young people, drunk on their first engagement in politics, some times express themselves in ways that are hyperbolic and bullying? Absolutely, though you'd think a self-appointed critic of hyper-sensitivity like Chait could take the heat. But few young people have Chait's talent for hyperbole in the face of political disagreement. Most of them will probably grow out of it, and maybe even be a bit embarrassed at how they took things too far in their college years. But Chait's a grown man in his 40s. What's his excuse?

It's easy to sit on your perch, lecturing the youth today about how they are supposedly failing, and getting that jolt of unearned superiority for your supposedly noble ways. Harder, but more rewarding, is to dig in and ask the hard questions about how things have gotten so bad to inspire these protests.

What kind of pressures are young people under? Why do they feel so put upon? There are answers to these questions. Fair warning: Those answers might inspire sympathy for young people. It's not as fun as lecturing kids about how they are ungrateful brats, but the real story here is how young people today are living in stressful, often unmanageable situations. No wonder some of them don't act perfectly all the time. Under that level of pressure, few of us could.