The presidential election is just one year away, so it's 11 months before Americans pay attention. 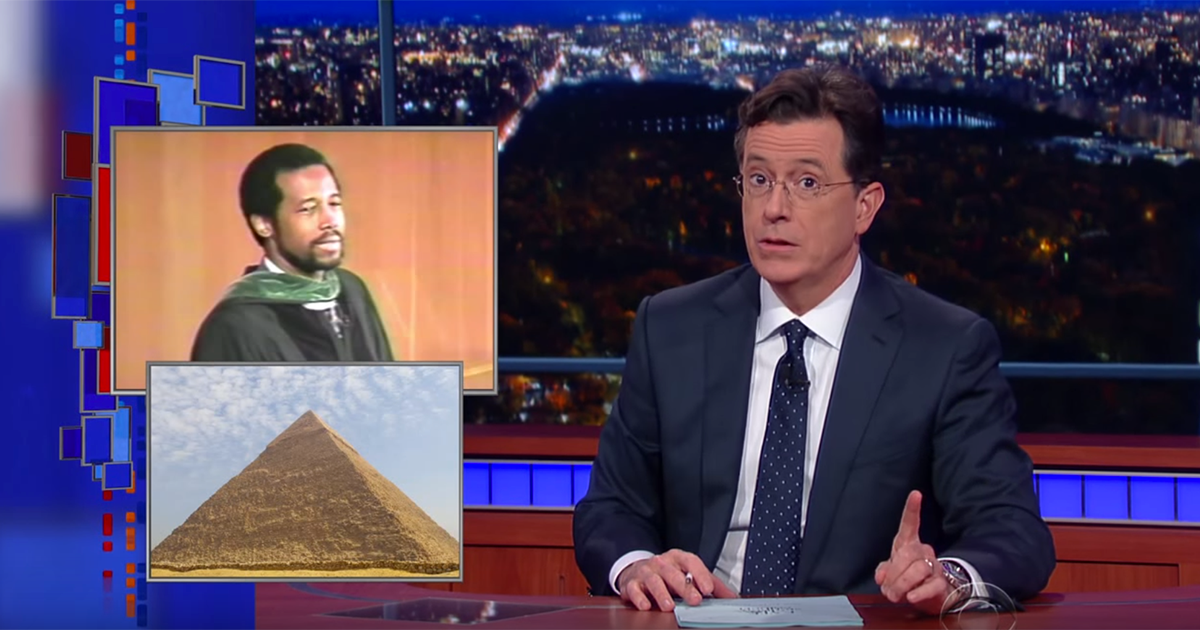 The election is just one year away, "so that means it's 11 months before Americans start paying attention," "Late Show" host Stephen Colbert said Monday night.

"Of course, the stakes of the debate are highest for the two GOP frontrunners, Donald Trump and Ben Carson," but Colbert didn't want to focus on Trump. A first.

"Now, personally, I think the media should let this pyramid nonsense go and focus on the issues that affect us," Colbert said, "like, did he really try to stab a dude when he was 14?" Inquiring minds want to know. Since no one will verify the Carson stabbing story, it's causing the presidential candidate some problems.

CNN went door to door in Carson's old neighborhood trying to find someone that could come close to knowing that Ben Carson. "Some childhood friends! I can't believe they would stab him in the back about whether he stabbed them in the front!"

But, the new flavor of the month will draw a lot of attention on Tuesday. Sen. Marco Rubio is the new golden boy, taking Jeb Bush's seat on the lap of Wall Street, the GOP's rising star, he said. "The Florida senator looked incredibly presidential in the last debate, thanks to his brilliant strategy of standing next to Jeb Bush." That is, until the right-wing turns on him.

Rubio was asked recently what non-political person he wanted to sit down and have a beer with. He answered Malala Yousafzai, who, Colbert reminded the audience is both a practicing Muslim and 18-years-old. "It's all part of his strategy to appeal to young voters by loitering outside of a liquor store," Colbert joked.