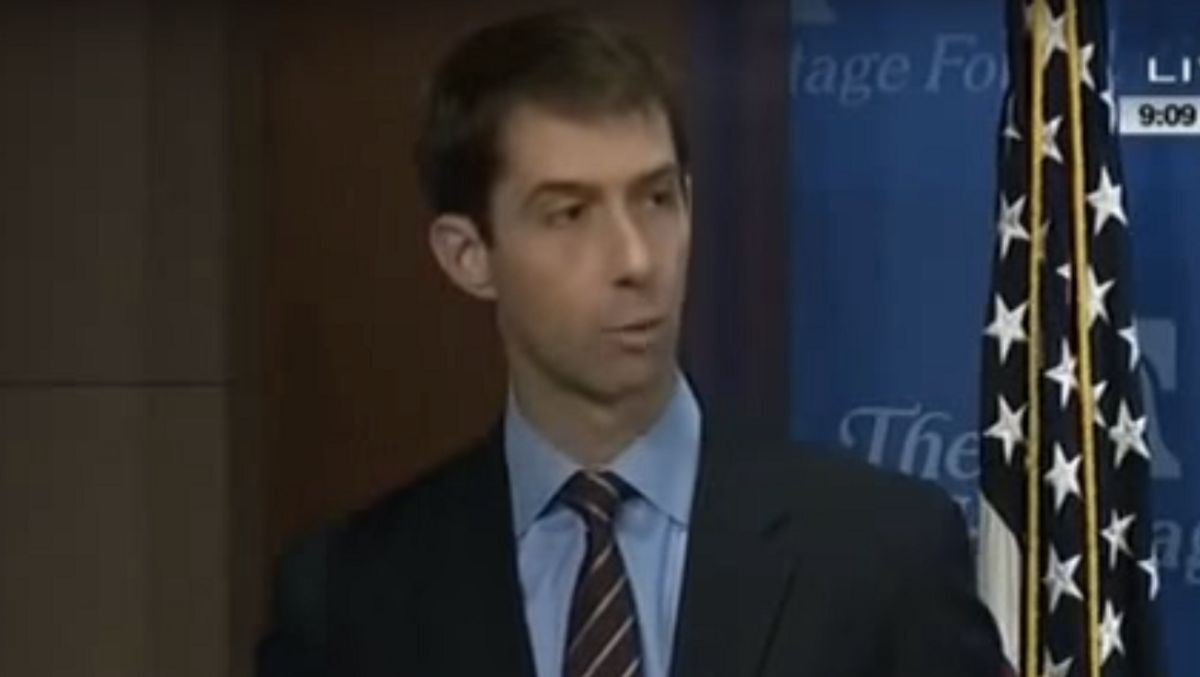 In a speech to the Heritage Foundation on Monday, Sen. Tom Cotton (R-AR) suggested a causal link between high percentages of people on Social Security disability benefits and "heroin and meth addiction."

“It’s hard to say what came first or caused the other, population decline or increased disability usage,” Cotton told a sleepy crowd of at least 14. “Or maybe economic stagnation caused both. Regardless, there seems to be at least at the county and regional level something like a disability tipping point.”

“[O]nce this kind of spiral begins, communities could begin to suffer other social plagues as well, such as heroin or meth addiction, and associated crime,” Cotton told the conservative think tank.

Cotton's comments come amidst increased public concerned over surging rates of opioid addiction and overdose, particularly among poor and working-class white Americans. A 2014 Atlantic essay examining the crisis identified a number of contributing factors, including failures of law enforcement and in the health care system. Perhaps shocking to Cotton, Social Security was not listed among them.