Aziz Ansari pens emotional tribute to his folks: "I’ve been overwhelmed by the response to the 'Parents' episode of our show" 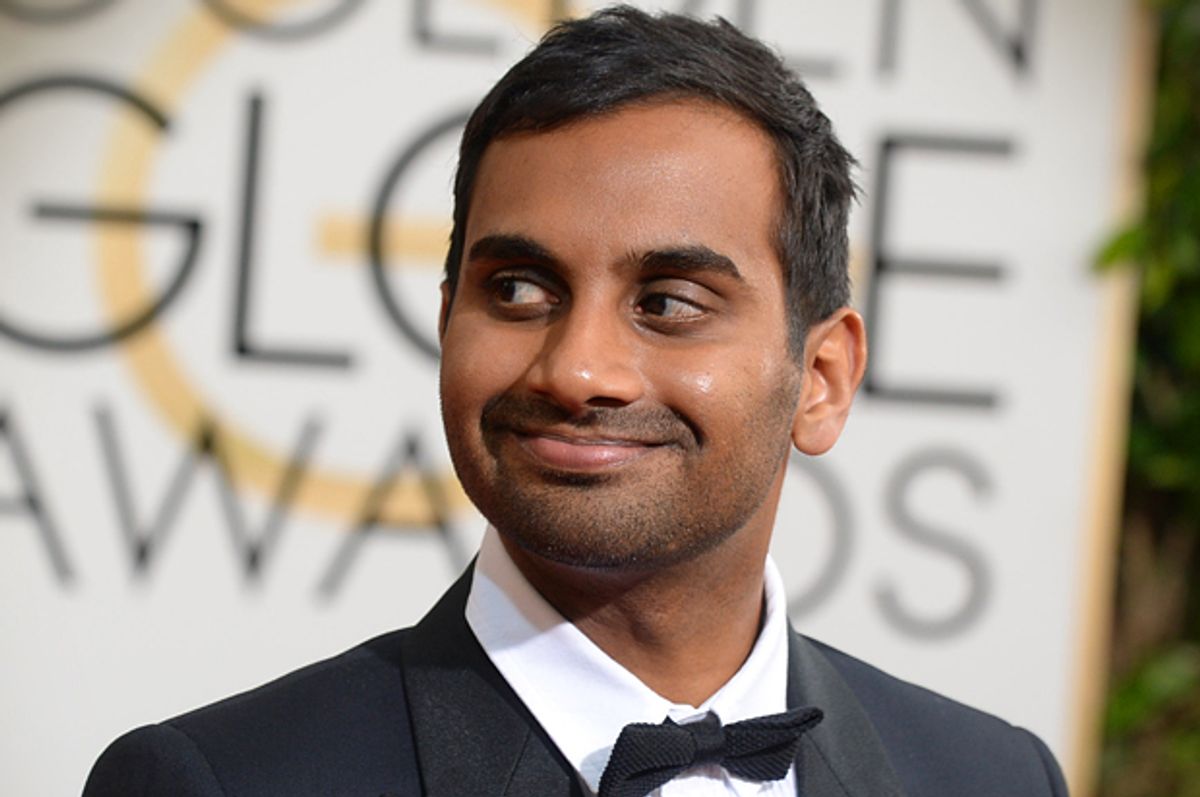 Aziz Ansari's new Netflix comedy "Master of None" is garnering high praise since it debuted last Friday — not only for its humor and relatable millennial storyline, but also for how the series has made Ansari's real parents its break-out stars. Shoukath Ansari and Fatima Ansari stole the show as parents of protagonist Dev in the much-lauded second episode, "Parents." The episode highlighted the frustrations felt by both parents and child and takes it to another level—a level where this frustration is analyzed and resolved through a hilarious dinner that includes Dev, his parents, and Dev’s friend Brian and his father.

In a sweet Facebook post today by the actor, Ansari thanks his father for taking most of his vacation time to work on the show. He admits his he and parents haven’t always been very close, but the “Parents” episode and the show in general have brought them closer. Ansari uses his platform as a prominent actor to show that he goes through the same things with his parents as we do—but he also reminds us that we need to cherish them as much as we can. "Sorry if this is cheesy or too sentimental but if your parents are good to you too, just go do something nice for them" — wise words, even if you can't get your dad on as a Colbert guest.

He says, "I urge you to work at it and get better because these are special people in your life and I get terrified when my dad tells me about friends of his, people close to his age, that are having serious health issues, etc. Enjoy and love these people while you can.” The emotional post not only adds to the message of the “Parents” episode, but also gives us a glimpse of how this helped his relationship with his parents.

Casting his parents as Dev's parents is a visible and endearing part of Ansari's push to shine a light on the problem of the lack of Asian representation in American TV and in Hollywood. Here he is, the star of his own show, with an Asian co-star and with his own parents playing well, his character’s parents—which is a commendable feat. He is using his influence, not only to outline the problem of lack of diversity on television, but also to solve it the best way he can. He writes in a New York Times essay published yesterday: “Even at a time when minorities account for almost 40 percent of the American population, when Hollywood wants an 'everyman,' what it really wants is a straight white guy. But a straight white guy is not every man. The 'everyman' is everybody.”

It's a powerful statement, pointing out what's wrong with western television and the need to cast a majority of white actors for major roles, or rather, for more common roles. Ansari uses his influence to show that he’s serious about fixing this problem. He admits he’s sold out Madison Square as a comedian, but when he gets offered a role, it’s usually defined by ethnicity and not really by talent. He goes on to define the problem to include finding the right Asian actors for a role. He explains how he paused and thought how this shouldn’t be a huge problem. But it is. It’s how things are, as Ansari rightly points out, and how they've been this way for decades. But it doesn't have to be — and he's doing his part to make it right.