I'm a black Yale grad, and its racial firestorm doesn't surprise me: Now it's time for the administration to act 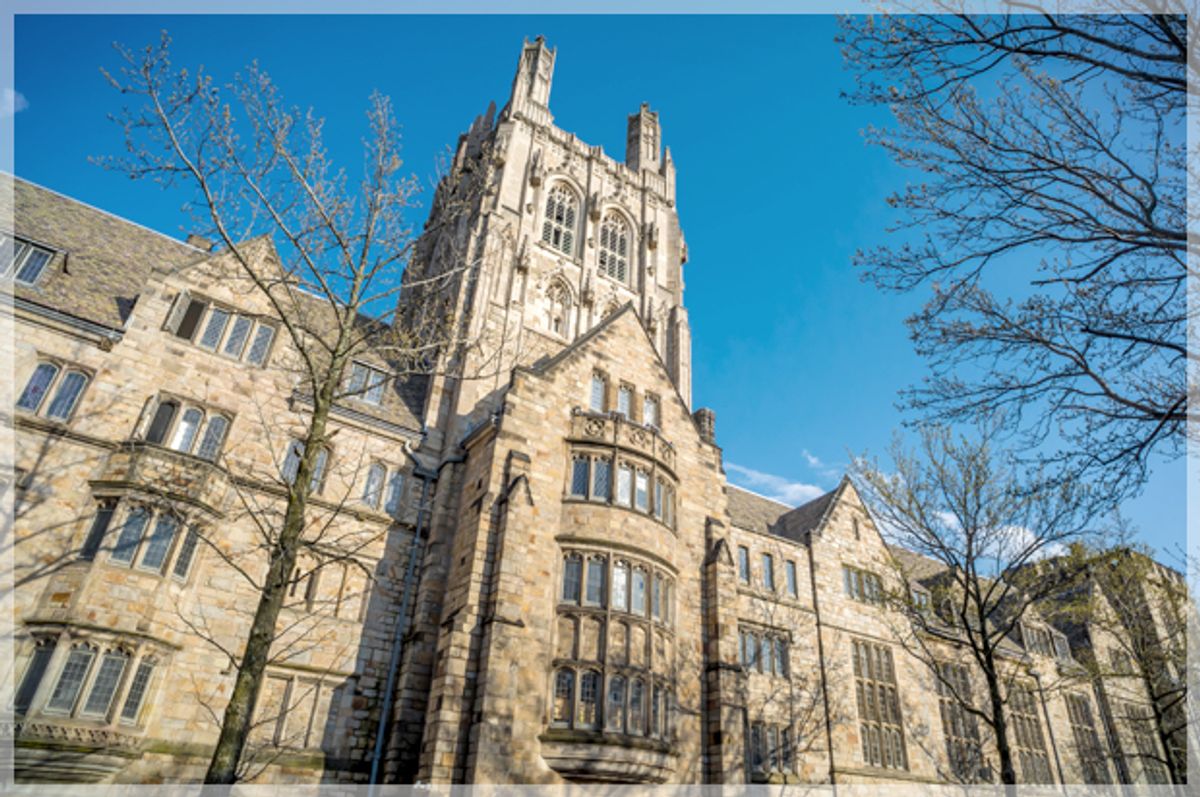 The University of Missouri is not the only campus currently embroiled in a controversy over race. At my alma mater, Yale University, there is a tense debate about racism on campus that has garnered national attention.

Most reports focus on a campus-wide email sent by the university’s Intercultural Affairs Council suggesting students avoid culturally insensitive costumes. There was a counter-email sent by a professor and wife of a college “master,” saying the initial email teetered on free speech suppression. At the same time, members of a popular Yale fraternity were accused of turning away black women at a party in favor of “white girls only.” These reports provide only a sneak peek into a much larger picture.

To understand what is happening at Yale you need 300 years of context, but I will start with the last eight. When I left Texas for Yale in 2007, what I knew was that it was one of the best institutions of higher learning in the world. What I did not know is that in the years to come I would see the words "nigger school" spray painted on the wall of a residential hall, I would encounter almost exclusively black and brown faces serving students in campus dining halls, I would learn of a courtyard in another residential hall playfully referred to as "slave quarters," I would hear debates about why Calhoun College still bears the name of one of history’s most vigorous proponents of slavery, I would watch the school hemorrhage talent from its faculty, and I (a woman of color) would call live-in professors “masters,” without irony. These are only a few examples of how racism, both historical and contemporary, institutional and individual, create an atmosphere at Yale that is hard to articulate and even harder to ignore.

Since moving to the northeast from Texas I continue to be struck by the degree to which Northerners are willing to condescendingly point fingers south to say how backward "they" are, while failing to acknowledge how Northern institutions uphold racist structures that harm minorities in systemic ways. When we got to New Haven, my mom remarked that it was the most segregated city she had ever seen --  it certainly was for me. There we were, two Southern women marveling at a city stuck in a structure we thought the civil rights era had ended.

Yale views itself as a thought leader -- a place where the brightest minds come to learn how to think about the world’s biggest problems. One of America's biggest problems is its often unacknowledged history of institutionalized racism and oppression. If Yale feels so committed to its own “tradition” that it cannot rename a building, or respond beyond lip service to blatantly racist behaviors, why expect more from other parts of the country? There are currently no established efforts to teach students where Yale has been, what it is guilty of, or what it must continue to work every day to correct. Universities like Yale cannot continue to inject high-achieving minorities into schools and expect them to navigate systems that simultaneously oppress and educate them – that is the job of an administration, not a student.

Obviously, issues of race are not unique to Yale or to university environments. What is happening on campuses across the country is a symptom of our chronic, systemic and nationwide inability to address racism, both historic and contemporary. Diversity initiatives too often take the place of rigorous internal assessment, so students and faculty of color bear a disproportionate burden of proof for calling out the systems that work against them. With world-class historians, philosophers, economists, and political thinkers, Yale should be ground-zero for innovative policy solutions for inclusion -- instead it is floundering under the weight of its own past. Brown University started the work of identifying its historical connections to slavery, but as events at the University of Missouri and many other schools across the country show, institutionalized racism in the U.S. knows no geographical bounds, and it will take more than a couple of Ivies and a few Southern schools to address campus racism on a large scale.

It will take a village (or world class institutions) to find solutions that have a measurable impact on race relations in the United States. Fortunately, Yale was founded with the specific intent to “[instruct youth] in the Arts & Sciences who, through the blessings of Almighty God, may be fitted for Public employment both in Church & Civil State.” In other words, Yale was established to teach great minds how to think so that they might do great things for the world. Students at Yale and around the country are demanding change. Institutions must follow their leadership.

The steps forward do not have to be complicated. Yale can start with renaming Calhoun College, and it can continue with a clear declaration of the kind of behavior that will not be tolerated on campus, much like the one made by Oklahoma University President David Boren. Columbia requires a core curriculum for all undergraduate students, so why not require a comprehensive introductory course at Yale that provides an in-depth history of the institution so students have greater context for their environment? Yale might also put money from its loud-and-proud $26 billion endowment to use revitalizing its own city and working to get New Haven residents matriculating into Yale, rather than just working there. There are many ways forward, but the administration needs to take the first step. If Yale hopes to create leaders, it must be one itself.

I am thankful for my time at Yale. It helped me find my voice, so now I am going to use it.

Courtney is a Texas ex-pat living in New York City. She works at a public policy center focusing on legal and social justice in the United States. When she is not at her day job, Courtney can be found getting her hands into music, writing on her blog, or other miscellaneous projects. Find more of her writing at courtneymckinney.com, and on Twitter, @courtDMC.