Marco Rubio declares war on the liberal arts: Pitting vocational training against the humanities misses the point of both

It's not true that welders out-earn philosophers, but that won't stop the right from defunding university programs 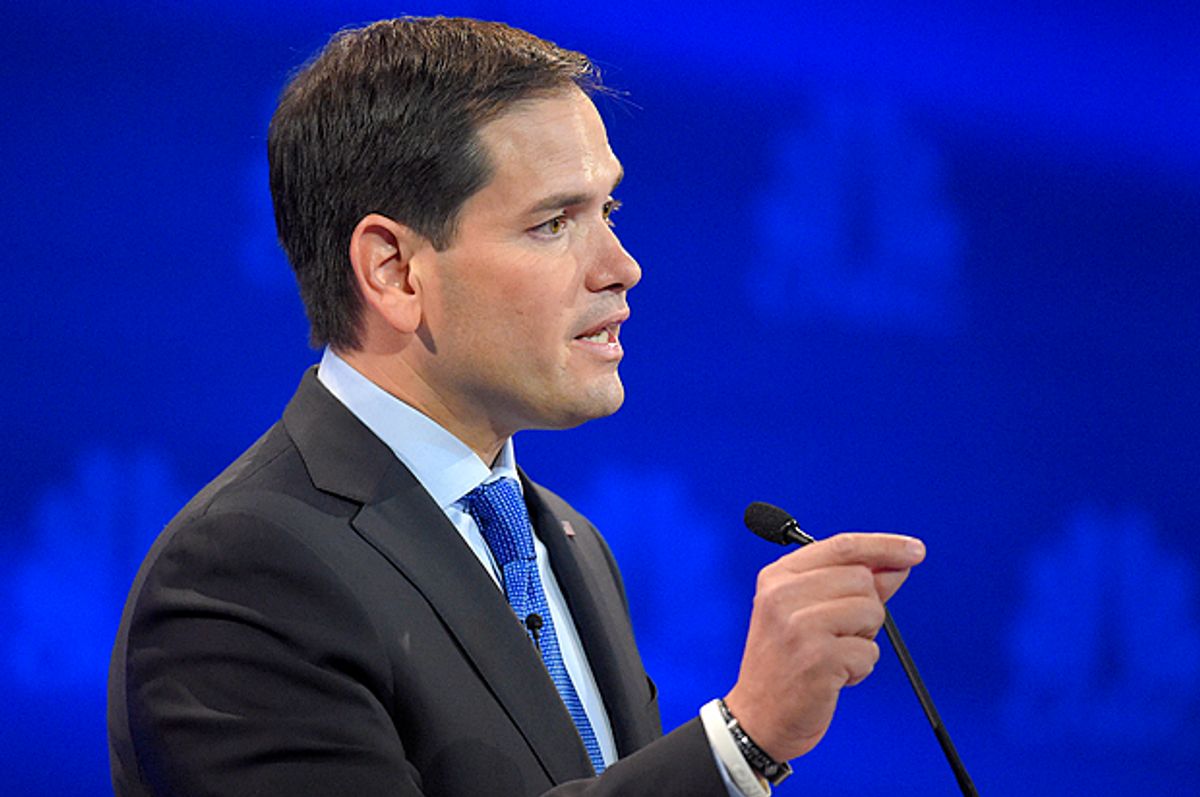 The first outrageous statement in last night’s Republican debate also ends up being the one that’s likely to stay around the longest. In a discussion of the minimum wage, Marco Rubio pivoted to discussing the importance of vocational training, arguing that a better trained workforce could earn more without requiring market intervention.

"Welders make more money than philosophers," Rubio said, not for the first time. "We need more welders and less philosophers."

So far, much of the chatter, on both sides of the political spectrum, has been about whether he’s literally correct or not. Rubio’s supporters – including the Fox News crowd – jeered a bit over his comment; some pointed out that welding employs far more Americans than philosophy. And it does: According to the Bureau of Labor Statistics, there are about 850,000 people employed in welding and similar fields, which compares to a mere 23,000 postsecondary teachers of philosophy and religion, the most typical full-time philosopher gig.

There are two other ways to look at this that may be more substantial than just comparing salaries. The first comes from the GOP’s anti-intellectualism and war on the liberal arts. It wasn’t that long ago that conservatives fought for the literary canon, for student exposure to Western civilization, and the like: A certain kind of Republican saw himself as defending the humanities against the identity-politics-driven radicals.

But that kind of Republican – the blue-blood WASPs as well as conservative Jewish intellectuals like Allan “Closing of the American Mind” Bloom -- are not really driving the political right any more.

In the Tea Party age, a more typical conservative is someone like Pat McCrory, governor of North Carolina, who went a bit farther than Rubio along the same anti-intellectual lines. McCrory complained to old Reagan hand and high-stakes gambler William Bennett about college curriculums being out of sync with where jobs are. “So I’m going to adjust my education curriculum to what business and commerce needs to get our kids jobs as opposed to moving back in with their parents after they graduate with debt," the governor said. "What are we teaching these courses for if they're not going to help get a job?"

He went on to say, “If you want to take gender studies that's fine. Go to a private school, and take it. But I don't want to subsidize that if that's not going to get someone a job."

Though Rubio has become more assertive these days, he’s still working hard to be the friendly face of the Republican field, and he rarely follows his ideas through when he speaks about them. The large number of candidates in the debates means he can just toss out a phrase including the term “21st century” in it and draw applause. But he’s coming from the same place as McCrory on these matters. Education is not there to deepen your critical thinking, expose you to the great works of the past, or enlarge the soul, but simply to get you a job.

Of course, expanding vocational training and taking it seriously does not have to be opposed to studying philosophy. It doesn’t have to be anti-intellectual to pursue a trade.

The non-reactionary case for vocational training was made eloquently by Matthew Crawford, who trained as a political philosopher at the University of Chicago, joined a right-of-center think tank, and resigned to devote more of his time to repairing motorcycles. His book “Shop Class as Soulcraft” begins by describing the huge number of “metal lathes, milling machines, and table saws” floating around now that vo-tech education has been dismantled for the sake of the “knowledge worker.”

“The disappearance of tools from our common education is the first step toward a wider ignorance of the world of artifacts we inhabit,” Crawford writes. “Many people are trying to recover a field of vision that is basically human in scale, and extricate themselves from dependence on the obscure forces of a global economy.”

The book’s argument – which is by turns individualistic, a bit macho, and a critique of capitalism – is hard to sum up. Let’s just say that, contra Rubio and his like, it’s possible to imagine an America that values both the welder and the philosopher, and doesn’t pit the two against each other. Somehow, this notion seems unlikely to come up at the next GOP debate. But that's a 21st century I could get behind.